So what do we think so far?

6 months in and a good time to look back and think about what I like and things I have observed about life here so far.

1. Aussies call a spade a spade and don't beat around the bush.

2. Australia is still refreshingly un PC, the fun police are on on the fringes but they haven't spoilt the party yet.

2. More beaches and coastline than any other country on the planet. The quality of sand and surf is amazing.

3. Great economy, Australia has never had a recession. (yet!!)

4. Aussies don't care where you come from -  everyone gets treated the same, no matter who you are. So don't expect to be treated any differently on any kind of status grounds. It doesn't work like that here.

5. Australia is #2 on the quality of life index and most of the major cities regularly get into the top 10 most liveable cities in the world. Melbourne is always up there.

6. You can spend a lifetime exploring the natural wonders of Australia and still barely cover 10% of the continent. Fantastic for wander lusting adventurers like us.

7. Great countries to visit from here too (Japan, Malaysia, Thailand, Vietnam, India, New Zealand, Pacific Island Paradises) and so easy to get to.

8. If you want space to swing a cat , there are places where there is not a soul to be seen for hundreds and hundreds of kilometres.   We really like that.

9. The weather generally is lovely one day, perfect the next. You can't knock the climate.

10.  On the whole, people are incredibly friendly and helpful and the older generation still commands respect from the young.

11. If you forget someones name, just call them mate and no-one will bat an eye lid.

12. You hear just about anything on the airwaves and you won't be bleeped out (television/radio). That really takes some getting used to and the politicians do not dance around each other, full verbal blows are traded.

14. The class system is not as defined here. At big events you are just as likely to meet your local butcher as you would the Prime Minister, and nobody cares.

16. Incredible range of fresh produce across the board and very high quality.

18. Stunning and captivating wildlife and birds with plenty that exist nowhere else on the planet.

20. Fantastic coffee shops, being a Barista is a highly respected career and you won't get a bad coffee anywhere in Melbourne. It is a coffee mecca! 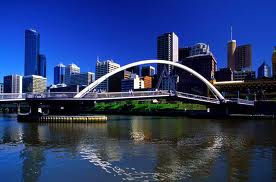 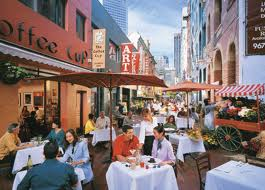 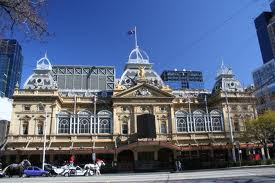 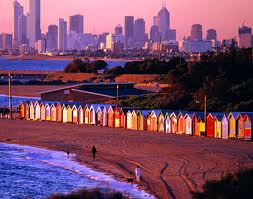 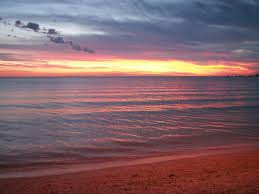 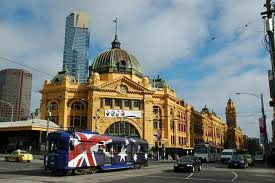 1. Soooo far away from home.

3. The process of starting over and making new ones.

4. Christmas won't feel the same at all.

5. A proper British country pub and a Sunday roast thrown in.

6. Online shopping is rubbish. The UK has that licked by a country mile.

7. Generally clothes in the shops are not brilliant quality and very pricey unless you go top, top end, which I don't!

8. Driving is bonkers, hook turns, throwing a u-ey and undertaking are the norm and highly dangerous. There are a lot of car accidents here.

9. The TV is rubbish. Too many adverts and too influenced by poor American sitcoms, chat shows and I am sorry to say, reality TV.

10. Music on the radio is totally dominated by the American billboard charts, little room for indigenous break through artists. 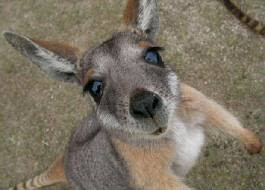 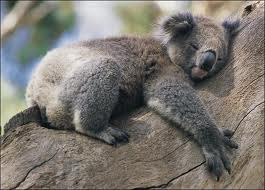 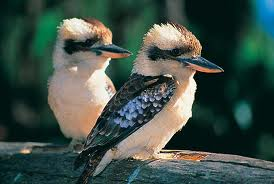 So on balance, the quality of life Down Under is very good. There are many, many reasons why Aussies should be happy and proud of their country and they are.

Of course the social problems are here, drugs, alcoholism, domestic violence and crime, there isn't a country in the world that is immune from these issues as they all form part of the human condition, but wandering around the City, I just don't "feel" there is as much evidence of it. This could just be my personal perception rather than reality.

It is such a tough gig back home right now and in Europe, your average Aussie could not even begin to imagine how hard it is for many people. Having never experienced a recession, high unemployment, high inflation etc, it must be difficult to grasp how these things impact.

I suppose I am saying that living in such a stable democracy and economy means that people are generally happier. Aussies are not living with the angst, uncertainty and fear for what the future holds that is so evident in Europe right now. It has to make a difference.

As for me and Hubster, we are lucky, for now it is a very nice place to be. We are thoroughly enjoying the experience and will continue to seize the chance to do and see as much as we can for the time that we are here.

It is my nature to present a positive picture, as there is so much to be positive about however, the adjustment to ex-pat life must not be under estimated. This combined with some difficult personal stuff, my car accident and of course losing my mum has presented us with a challenging first 6 months.