It's a year since our beautiful boy, Kale arrived at his furever home with us. Thank you to Starting Over Dog Rescue for ensuring such a smooth adoption and for all the amazing work they do for so many homeless paws.

He was called Bruce back then and on the hour long car journey home, Bruce became Kale. I recall he was such a good boy, settled down straight away in the car and dozed all the way.

Those early days must have been quite bewildering, already a big dog by most peoples standards, Kale was still very much a baby at just 6 months old.

He certainly looked forlorn at first but the love he received from us all was instant and he soon began to trust us. 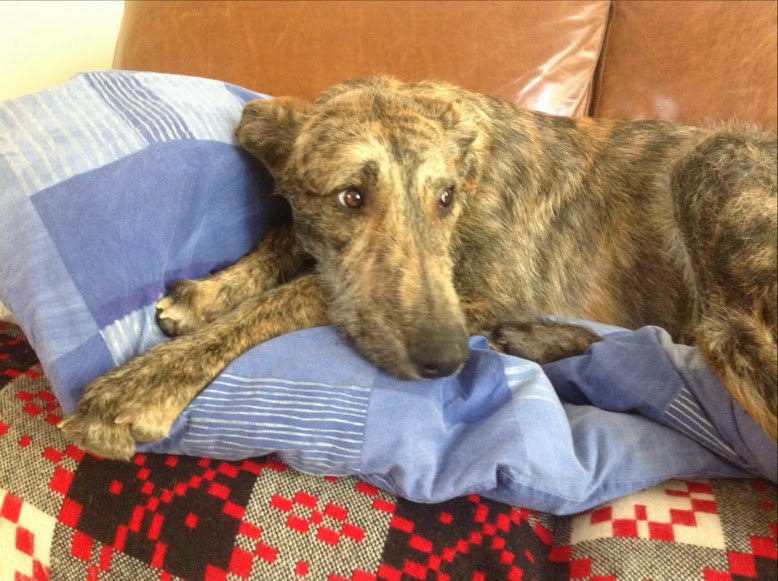 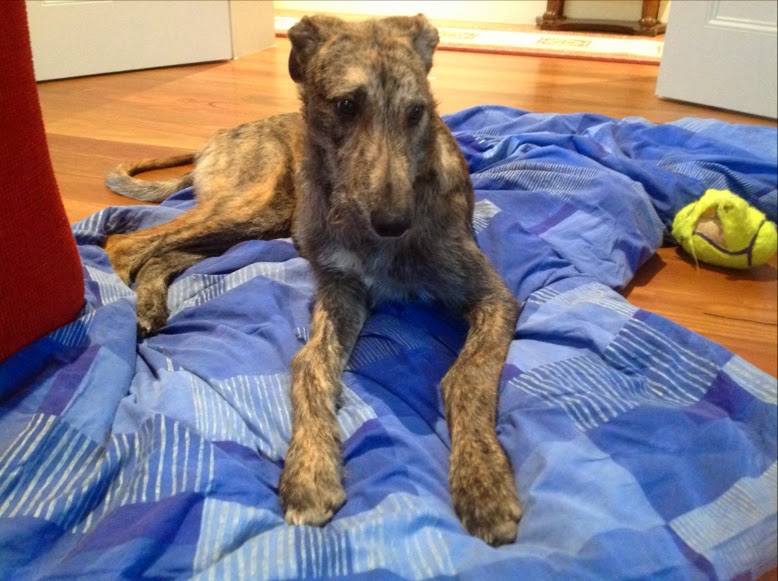 He was such a good boy though, no messes, no crying he just seemed to be so grateful.

Hi older brother, Radish took him under his experienced paws straight away and within an hour of arriving home, they were inseparable. 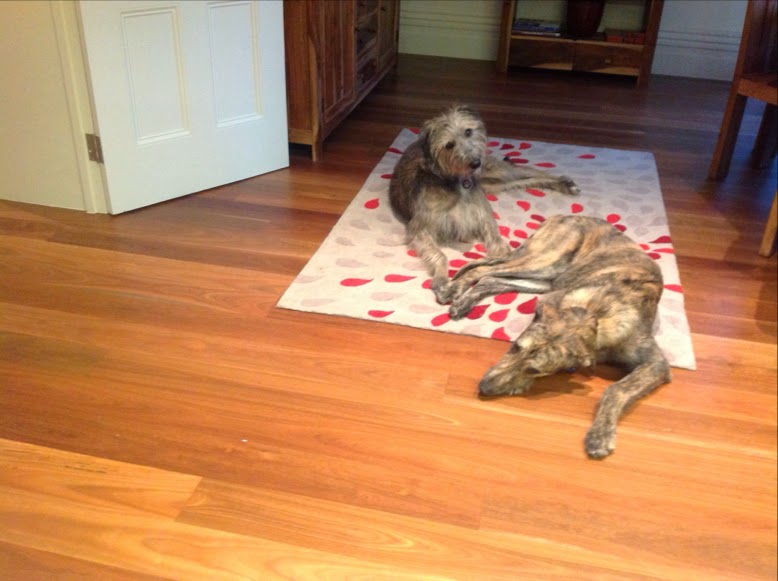 Radish seemed to know that this young baby was feeling a bit lost and never took his eyes off him. 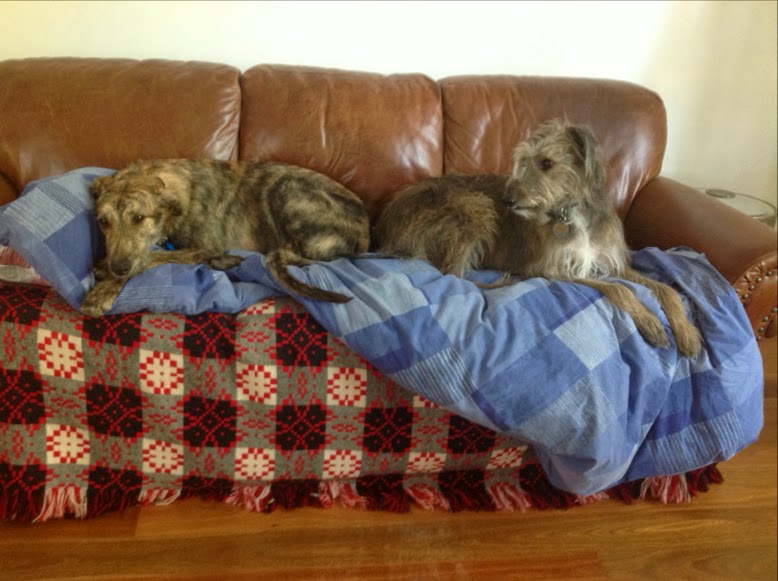 Radish was very much an only child so such instant acceptance was just wonderful to see and Kale thoroughly embraced it. Mummy and Daddy breathed a huge sigh of relief, we did the right thing. 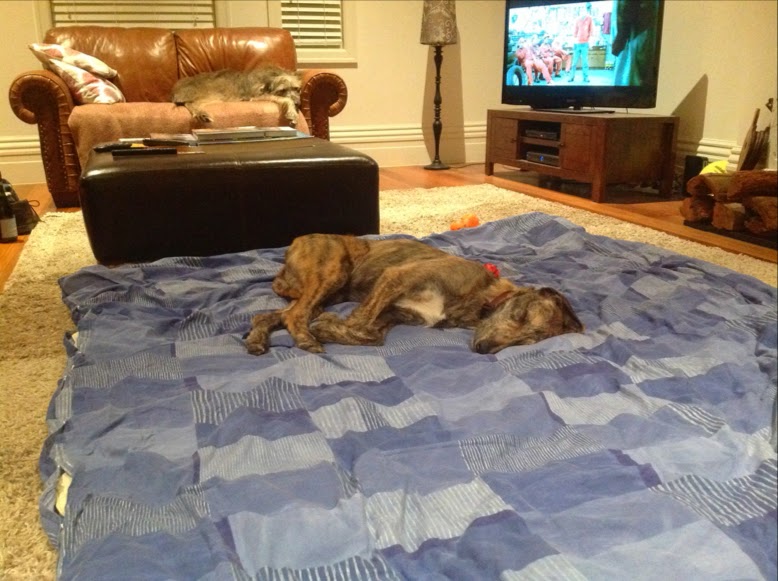 Kale adores Radish with a passion or should that be obsession! Radish was quick to show him the ropes and he learnt a great deal from him. Not all of it desirable though such as bringing in huge twigs and branches from the garden and chewing them all up into teeny pieces on the rug in the lounge room! 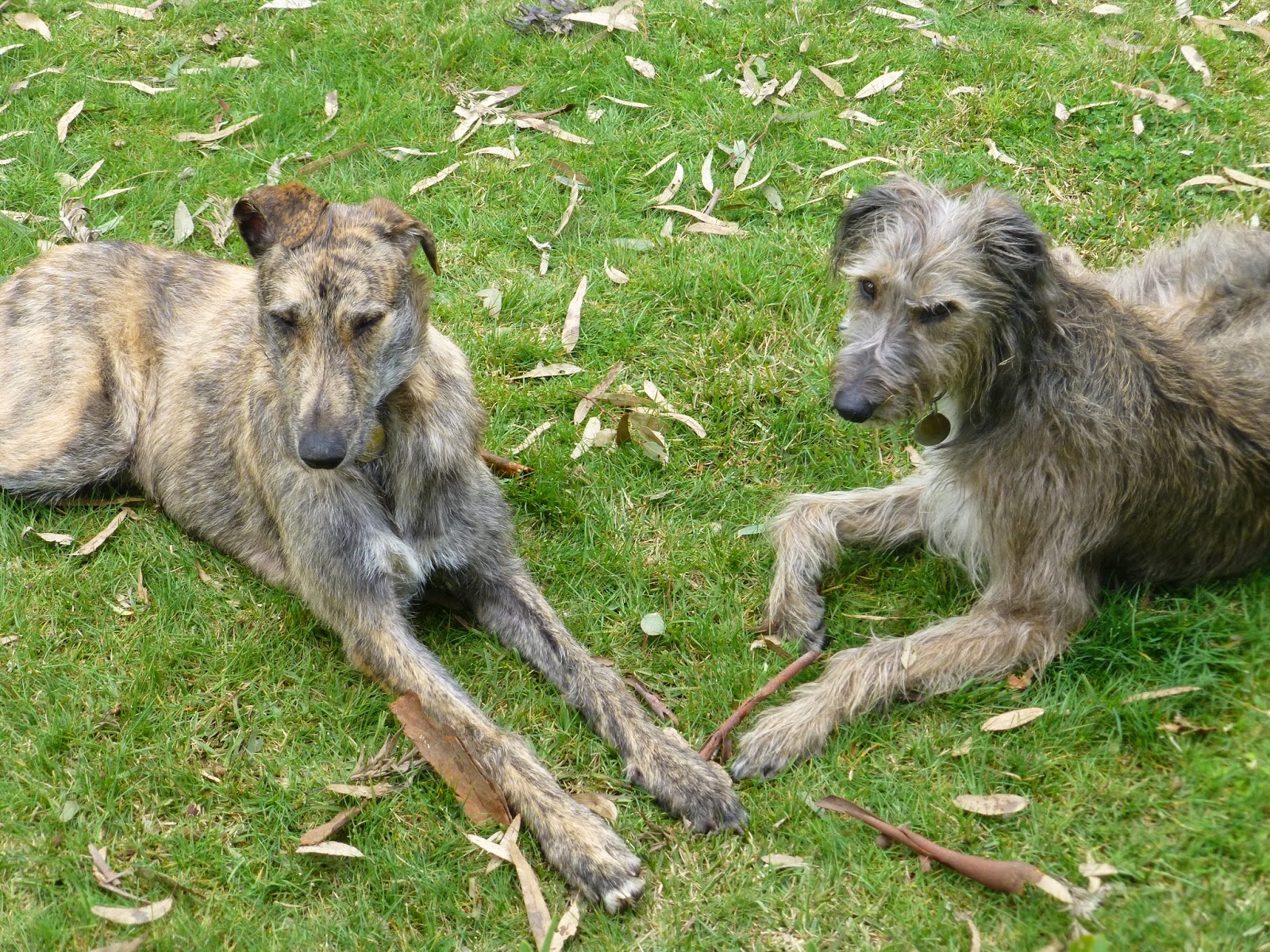 With oodles of love and attention from Mummy and Daddy too, Kales fabulous personality soon began to show.

He is just a beautiful soul, he hasn't a bad bone in him. He loves his food, his cuddles, his walks, his playtime but I think most of all he loves his family. We are a tight little pack for sure. 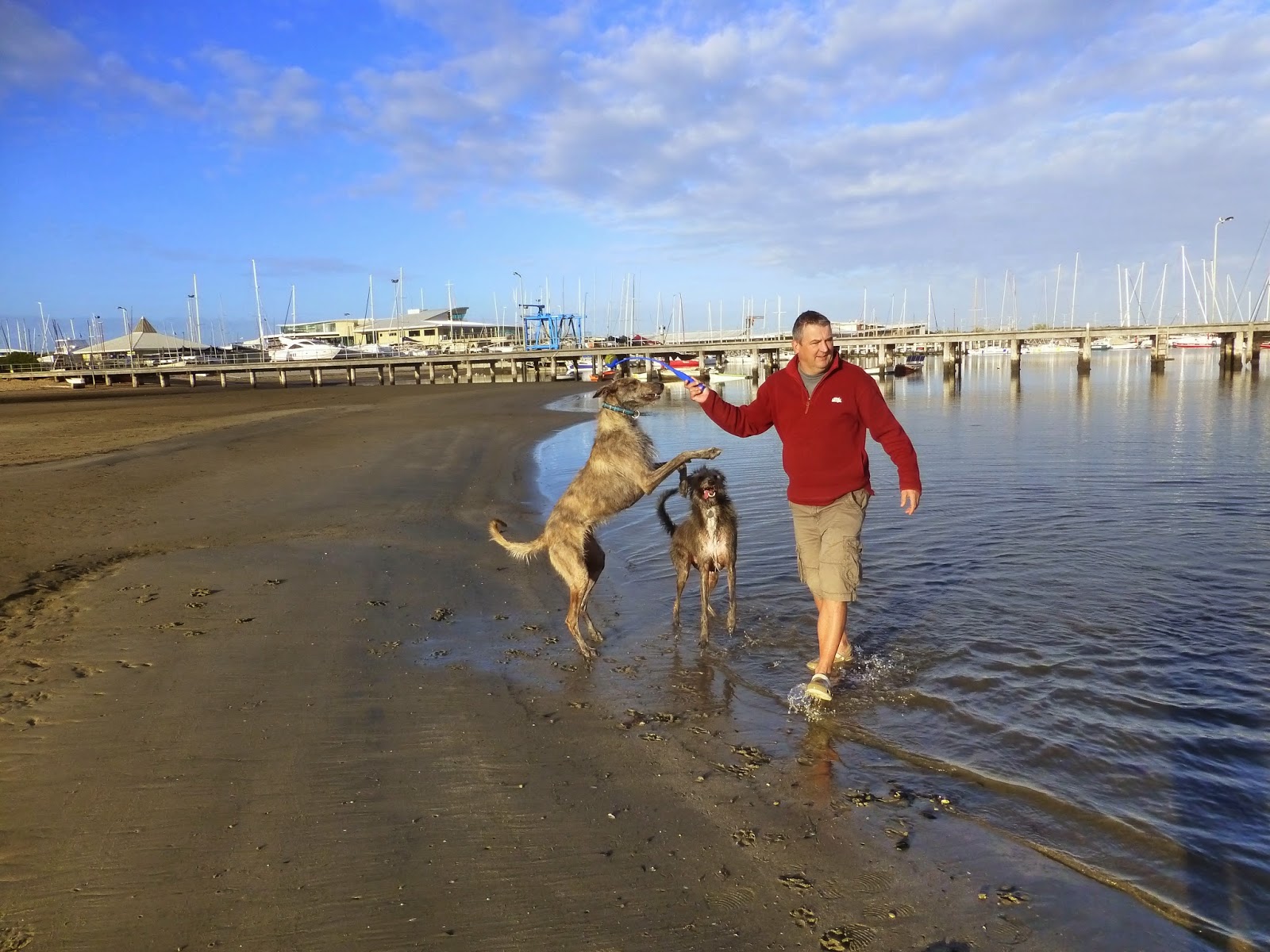 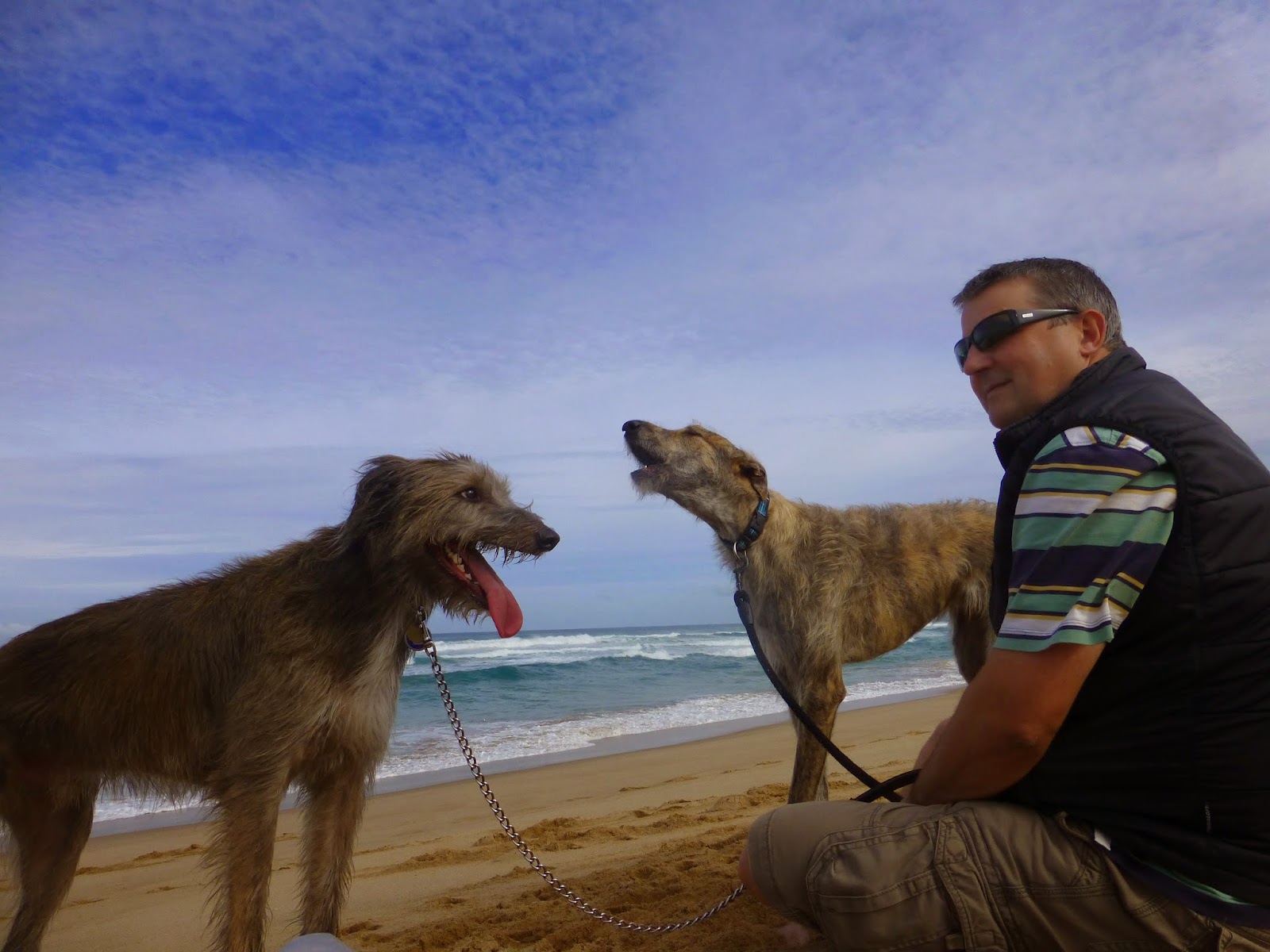 Kale loves every human and every paw he meets and once they have got over his size, they quickly see what a big softy he is, playful and very loving. He wins everyone over. 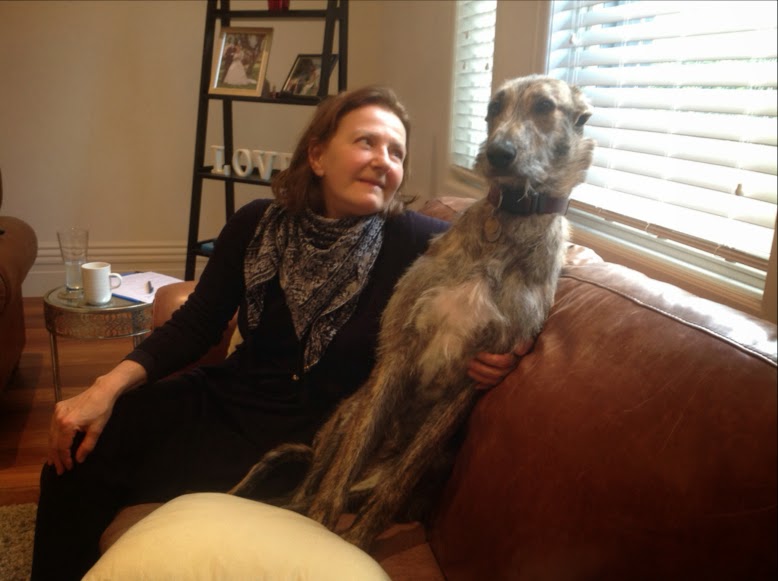 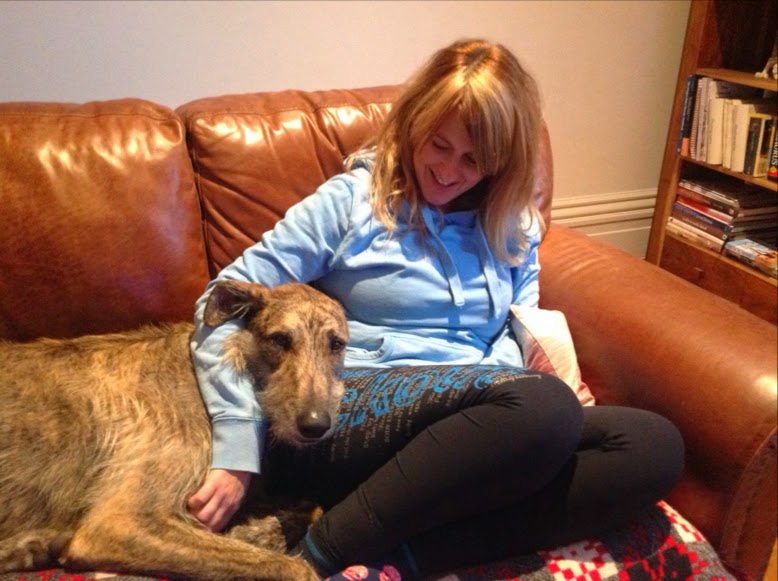 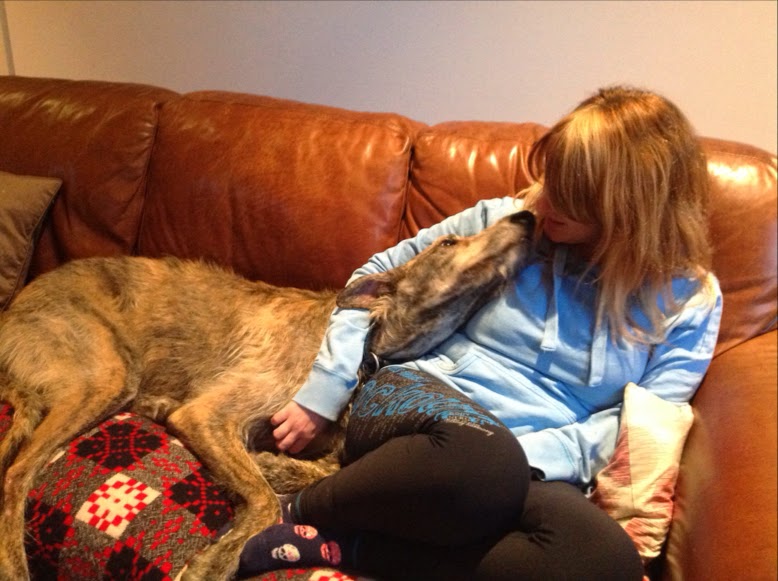 He loves to stand up at the fence and greet all who pass by, he has quite a fan club now and of course he adores the attention. He has a cheeky side too and loves to spring a surprise on people by leaping up at just the right moment to make them jump 3ft off the pavement! 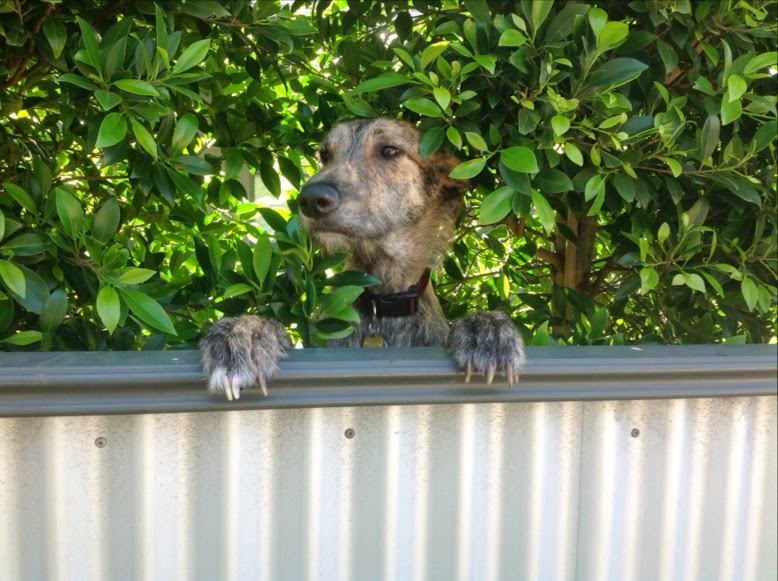 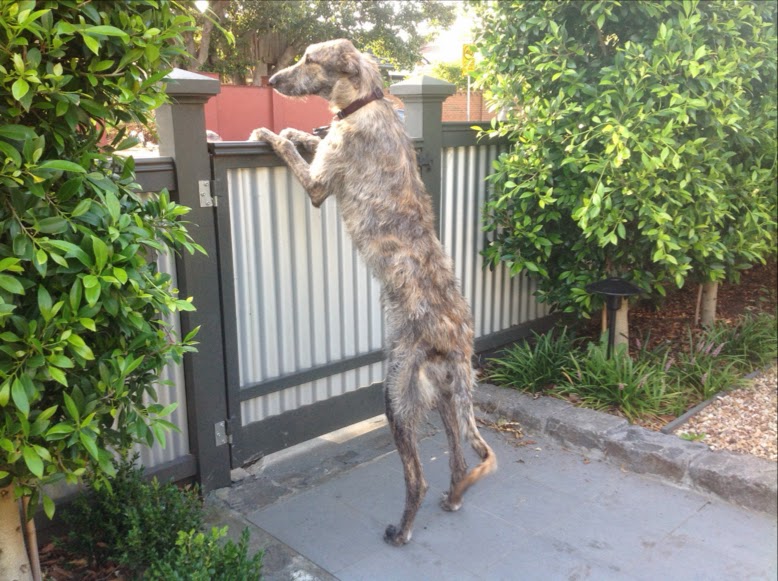 However for all of his 45kg, Kale really believes he is a little lap dog. He gives the best cuddles in the world, just so warm, affectionate and snuggly. Resistance is futile and he has his Daddy wrapped around all four paws! 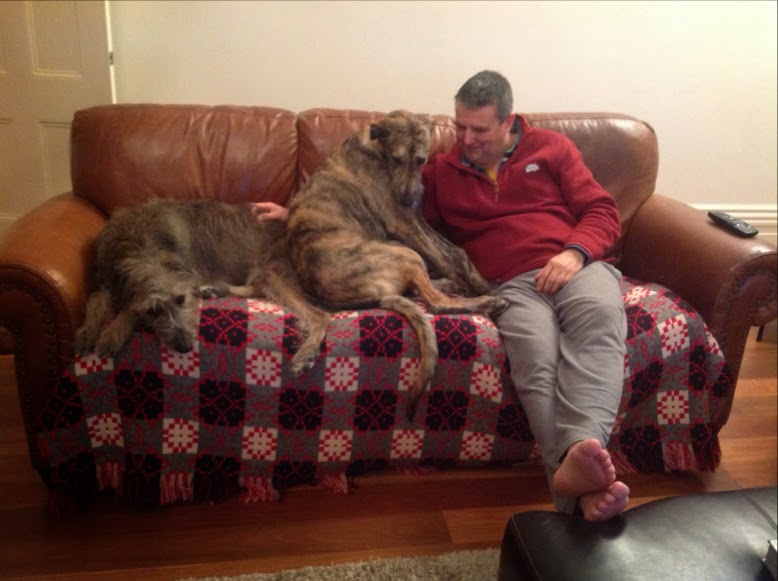 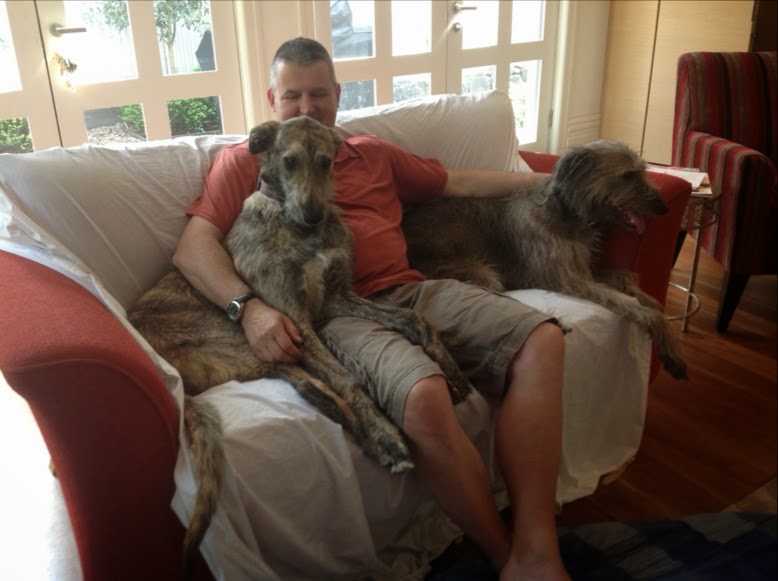 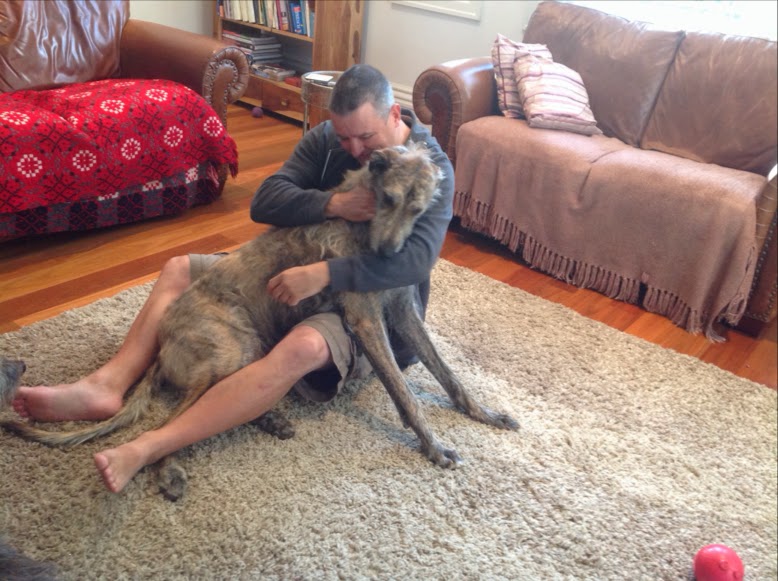 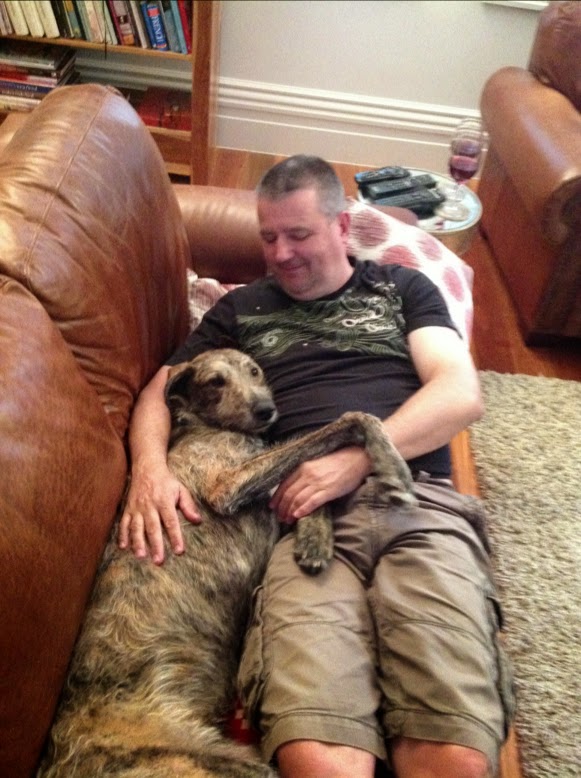 Kale is quite a talker, he likes to express his opinion often and his vocal antics are a cross between Scooby-doo and Chewbacca. Absolutely hilarious!

We are all so blessed to have him and now couldn't imagine life without our big, goofy boy. 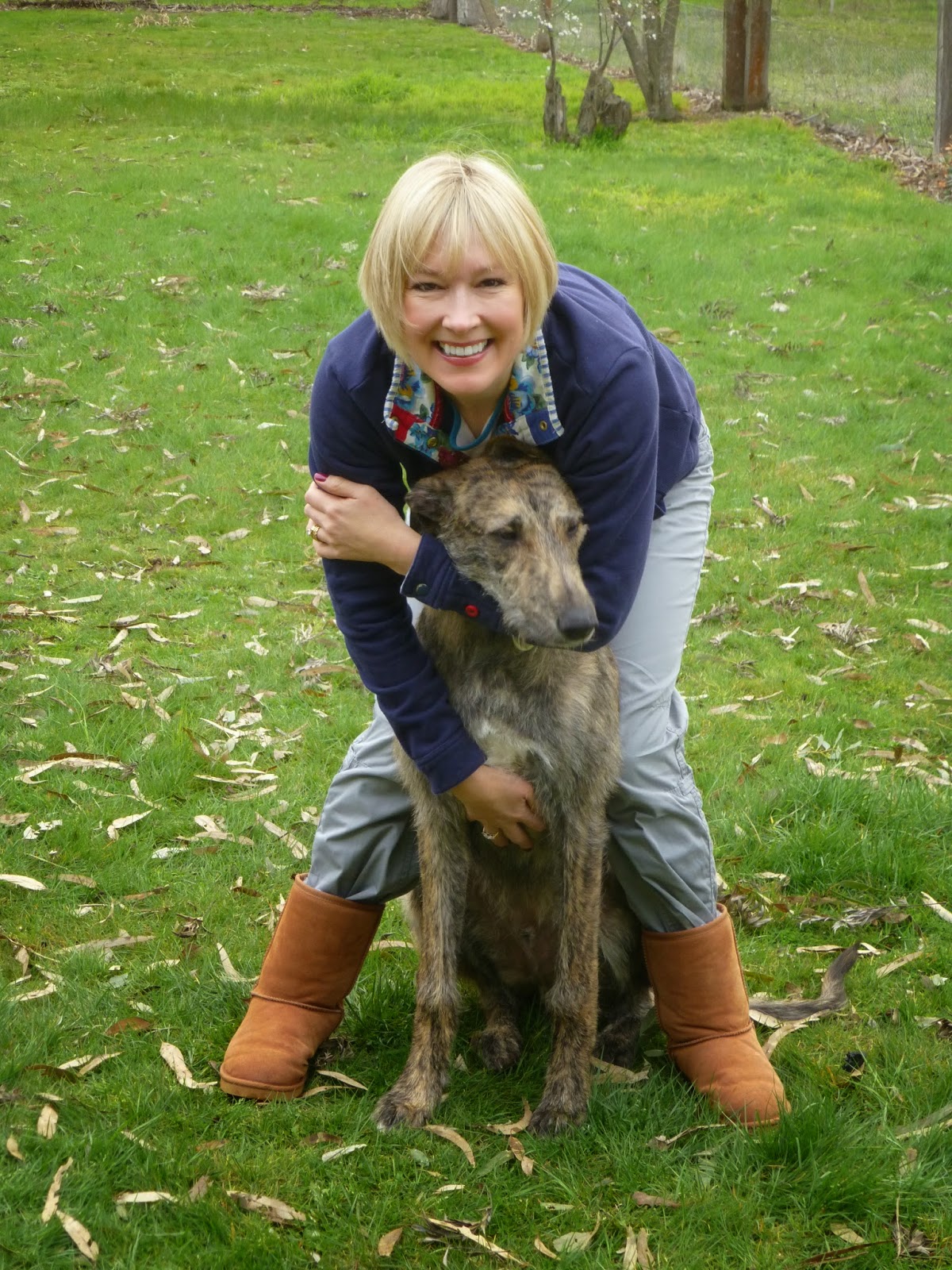 I'm the doting Mummy by the way! 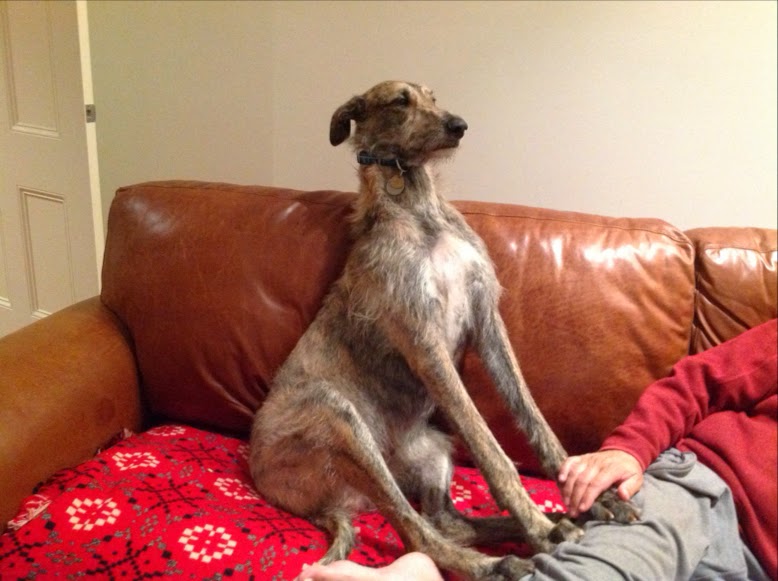 No longer forlorn, no longer bewildered, never to be failed by humans again. Kale has his forever home with us and with our unconditional love, we now have a beautiful, confident and proud boy.
Happy Adoption Anniversary Kale!
Posted by Mrs T-J at 01:57 No comments: