A year on and Ellen.

A year today and I was on the plane leaving the UK for my new home in Melbourne. 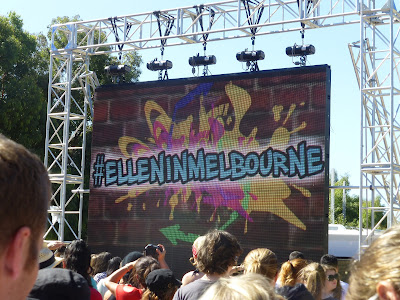 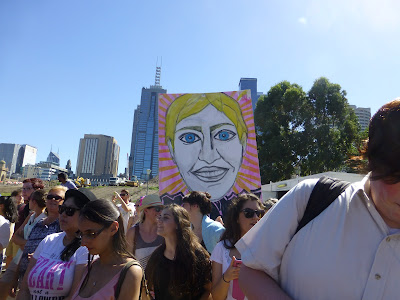 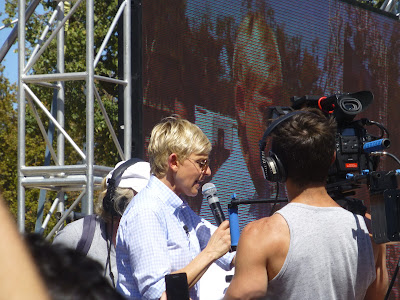 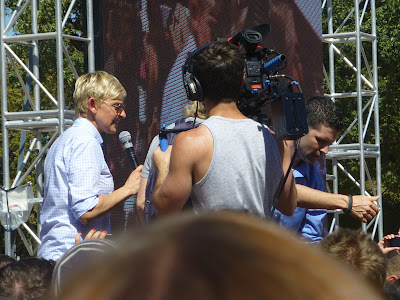 I was in bits, very sad to be leaving, anxious to get there to be reunited with Hubster and worried sick that Radders could not fly with me and was left behind at Heathrow. (He was passed unfit to fly due to an injury to his paw).

Fast forward one year and here I am queueing in the stunning Melbourne sunshine with my friend Anthea, waiting to see Ellen Degeneres.

I could never have predicted anything of the like.

The queues snaked around Federation Square and along the banks of the Yarra River, thousands strong.

Australia LOVES Ellen Degeneres and to be honest I really like her too.

She is very funny without ever being crude or insulting. She comes across as a very warm person and she is a lot of fun and dare I say it, is very humble for an American star.

Ellen only released news of the venue yesterday and so it was impressive to see such a crowd.

She was clearly in awe of the turn out and she delighted the crowd when she said more Melbourne fans had turned up than in New York's Central Park, or in Sydney, her only other Australian stop.

"You beat Sydney." she shouted to rapturous roars of applause.

It was great fun and marked yet another vibrant occasion for a City I have come to love.