Sorry if this post is somewhat jumbled. It is titled Hometown after a beautiful song by Andy Burrows. My brother Pete introduced me to it on this trip and we both love it, it is our song and very fitting for the subject of this post.

I have just returned from a 2 week whirlwind trip back to the UK covered over a 1000 miles in the car and I am jet lagged.

I have tried all sorts of weird and wonderful ways of dealing with it, suggestions often coming from those who don't really suffer from it. Nothing but time works I've found.

3 Flights from Melbourne and a 2.5 hour car journey and I reached Hay on Wye. It was great to see that Mum and Dad were well and I was relieved too that, apart from needing to eat copious amounts of pies, Mum was good and neither non the worse for their transatlantic ordeal.

It was a restful and a welcome start but my trip was to take a very unexpected turn thereafter. 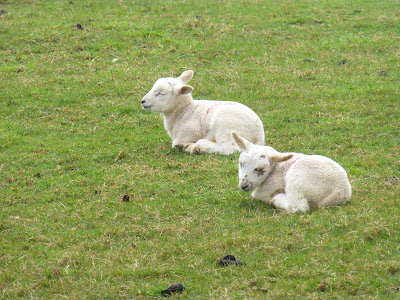 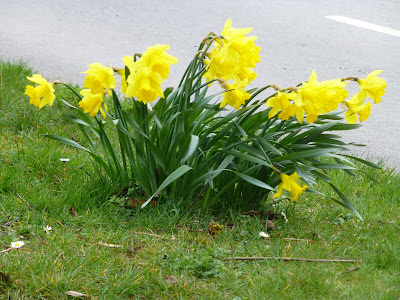 After just one long awaited evening with my eldest brother Pete, tragedy struck with the awful news of the sudden death of one of the younger members of the family.

As a result my whole itinerary was thrown into flux as we all absorbed and tried to adjust to the terrible news.

I cracked on and went to see my Dad's wife Jackie, it was a lovely few hours, reminiscing about Dad, tears and laughter and an emotional visit to his memorial bench. Whenever we are on our travels in far flung places, I feel my late Dad's presence more than ever, I really do. Jackie said he always followed my travels with enthusiasm and huge interest, I never knew that, but it figures now. It was fitting to leave the Kangaroo soft toy with his bench.

With recent events heavy on my heart, I was finding the going hard. I was so mindful of being in the moment with everyone I spent time with, not wanting to burden them too much with sad news and also fatigued by - bloody jet lag. 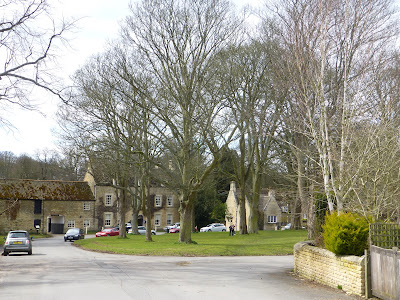 I saw my Aunt Lilla for the first time in 20 years, we spoke of mum and the fun times me and Aunt Lilla had had when I lived with her for a short time. It was whilst I lived with her that I first met the Hubster. She recalls how lovesick I was, never a metre away from the phone. No mobile phones then and she heard every word! I hope she had a bucket to hand!

I also saw my cousins, chewed the cud, ate a divine homemade chocolate cake, supped several mugs of tea and allowed them to wrap me up in love, they have tons to give. A lovely few hours.

Then it was onto Birmingham to see my youngest brother, Mark, Becky and my gorgeous nephew Jack. I concur with Jack that the gift of the cuddly Koala singing Waltzing Matilda was the naffest thing ever! I will never live it down. How can my baby brother be 36 already??

It kind of felt like I was on tour. A gig here, a gig there. The audience was always awesome.

The next leg took me to Rutland. Hometown for the past 10 years or more. A night with Susie-Babe and the obligatory bottle of "Bollie-Sweetie-Darling" was consumed in true Ab Fab fashion. There are a few more crows feet around the eyes these days but we still had the twinkle of old and chuckled at our antics of the past. 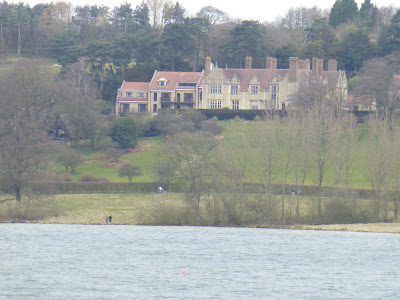 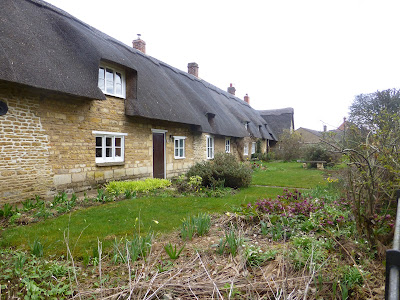 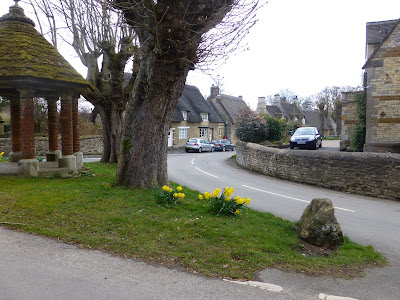 Then came the sanctuary of Spring House, the divine home of my dear friends Paul and Pauline. It is a tranquil haven, homely, comforting and the house wraps you up in it's wings. (I was in the East Wing lol).  It is a complete reflection of them, their warmth, indomitable spirit, nurture, sense of fun and love. I am so damned lucky and happy to have such friends who inspire me endlessly. Our lunch at Hambleton Hall with the infamous Miss P,  has already been sewn into the tapestry with gold thread, it was the best ever, with the best ever. 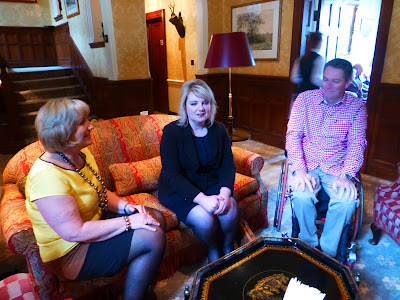 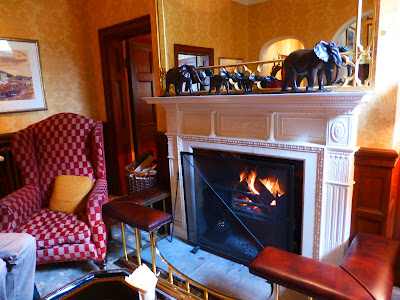 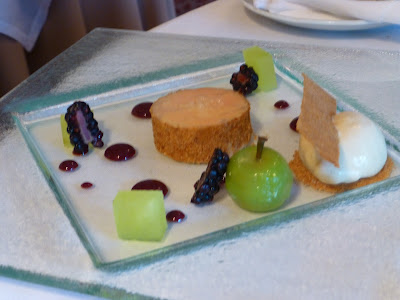 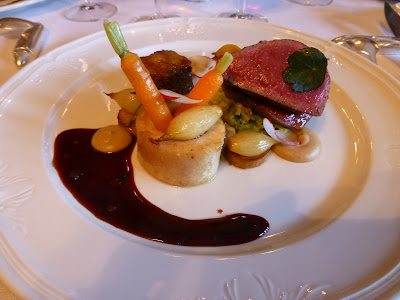 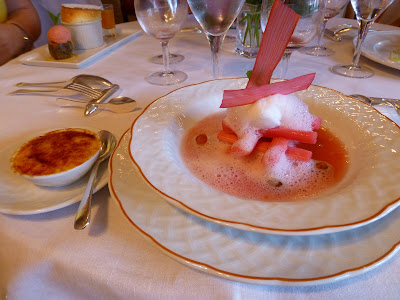 More tragic news came through. The death of my friend Barby's husband. We had been together just 2 nights previously chatting about David and his latest trip to his boat in Scotland and now David is gone. Heartfelt thoughts and sadness and questions of why and how were all consuming and the heaviness I had been carrying around with me became even heavier. David Jenkins, a true English gentleman with G&T in hand.

A night in the pub followed catching up with village friends. It was lovely to see everyone but I know and I suspect they knew too, that I wasn't on form. It was odd to be there without Hubster as we were always there together. I felt like a fish out of water and ever so slightly awkward. I am sure by now I was just a little jaded.

The following day took on a whole different hue. With the loss of life so prevalent in my mind, here I was presented with new life, my gorgeous God Daughter Accarlia Jessie Ann. Ann is my own middle name so, even though by coincidence rather than design, it was lovely to see she also bore my name. A joyful day spent with Dmama, Zowie and Dave and little Munchie. Dmama  murdered the cauliflower and broccoli but she was forgiven. She has new found joy in her life, it was easy to understand she had her mind on other more exciting matters! 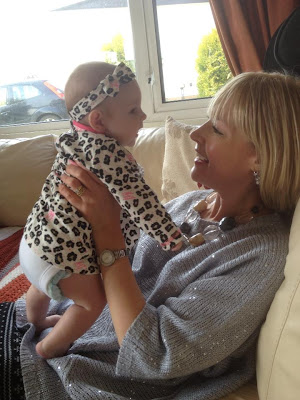 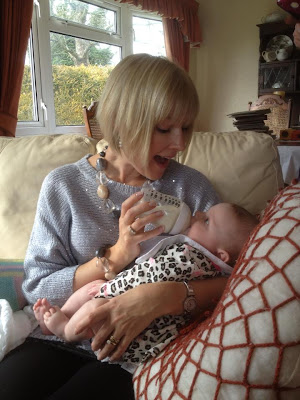 The end of my trip was fast approaching and it was time to be back with my brother Pete and Sister in Law, Bett.

Funeral arrangements were well under way and so Pete and I took to the car and had a day to ourselves. We made no plans as such, made it up as we went along. We drove down memory lane, roads we had lived in as kids, schools we had been to, memories resurfaced and re-lived.  We listened to Andy Burrows, I fought back the tears. I paid my respects to my mum's final resting place and then together, we visited Aunt Lilla for a cuppa once more.

We hugged and cried and held each other. He kissed the top of my head and told me I had been a joy to him since the moment I was born.

He has always been my sole protector. We have had a difficult path but always kept each other in our sights and in our hearts. He said he let me down once way back when. He really didn't.

The goodbyes were hard. 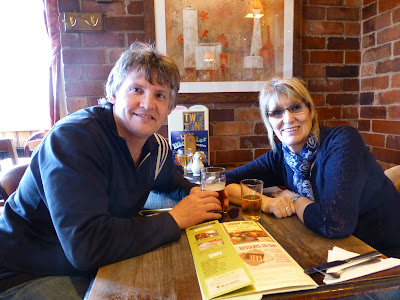 Soonest on the plane to the other side of the world. Longing for my boys. My home, because that is wherever they are.

It was quite a trip.

I am home again.