We had really been looking forward to our first trip to Tasmania ever since we booked it over a year ago. Everyone we spoke to instantly said "oh we love Tassie" and we hoped to join the fan club on our return.

We were even excited about the overnight ferry crossing on the Spirit of Tasmania. The Bass Strait is one of the roughest seas in the world and stories of hellish experiences are abound . However, we were blessed with clement weather, light winds and little swell. Thankfully the delicious dinner we enjoyed on board stayed rightfully in our tummies and all was well.

We rented a beautiful country house for the week in West Kentish in the Northern Tasmanian countryside. Kentisbury Country House. 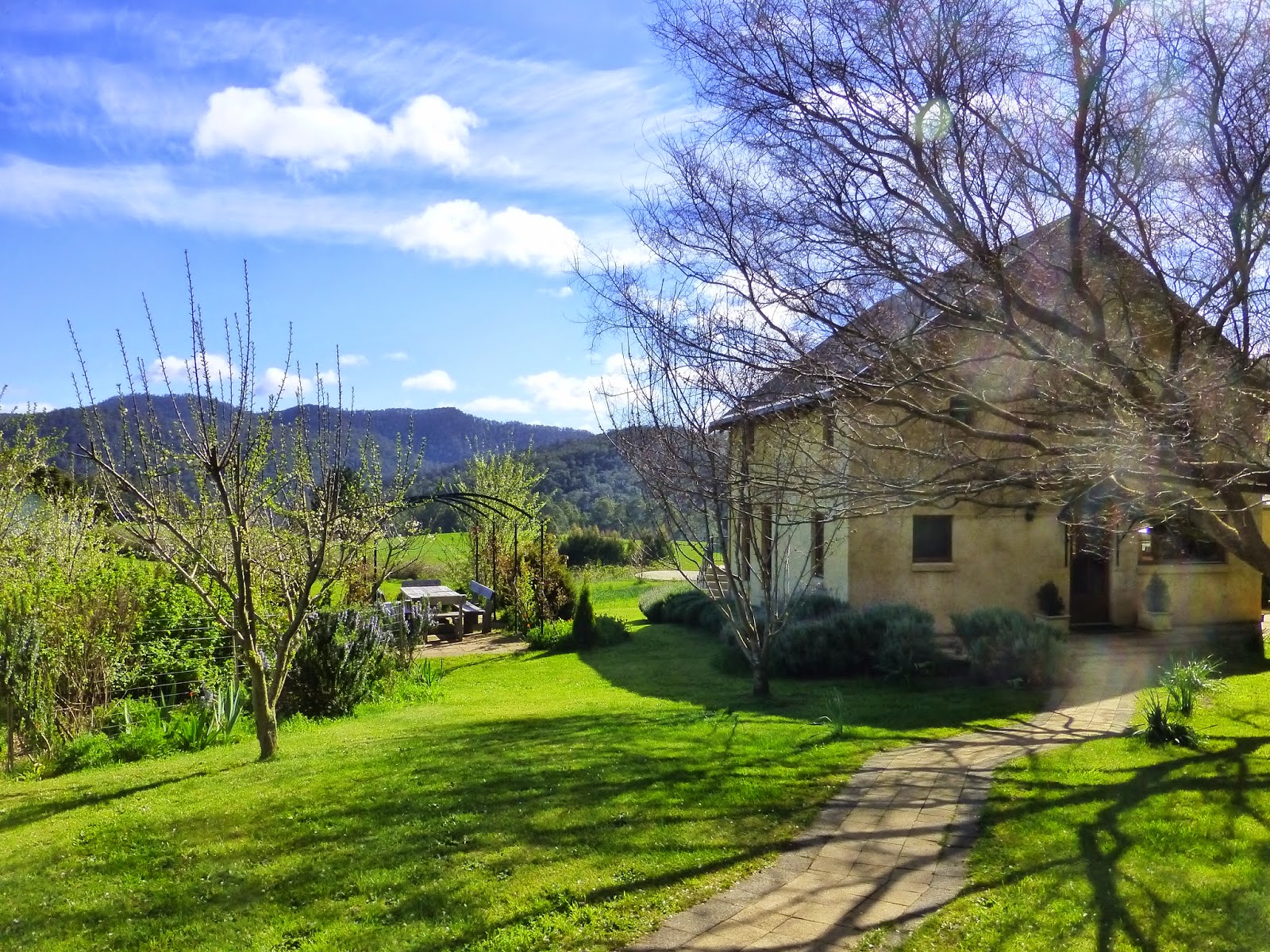 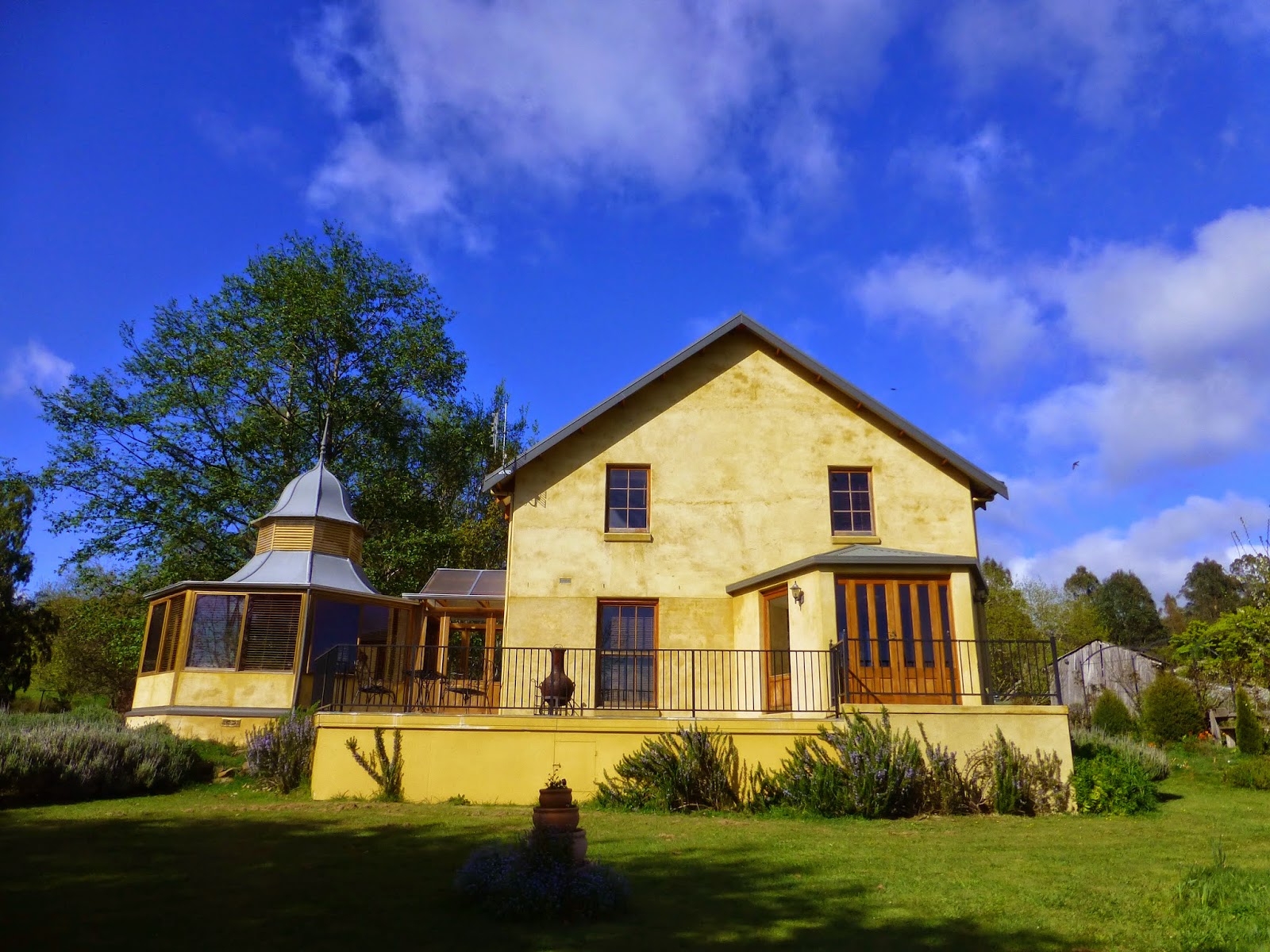 It was just lovely as was the welcome we received from the owners Melissa & Peter and their old, faithful hound Basil. (even though he was a bit smelly he was not denied lots of cuddles) 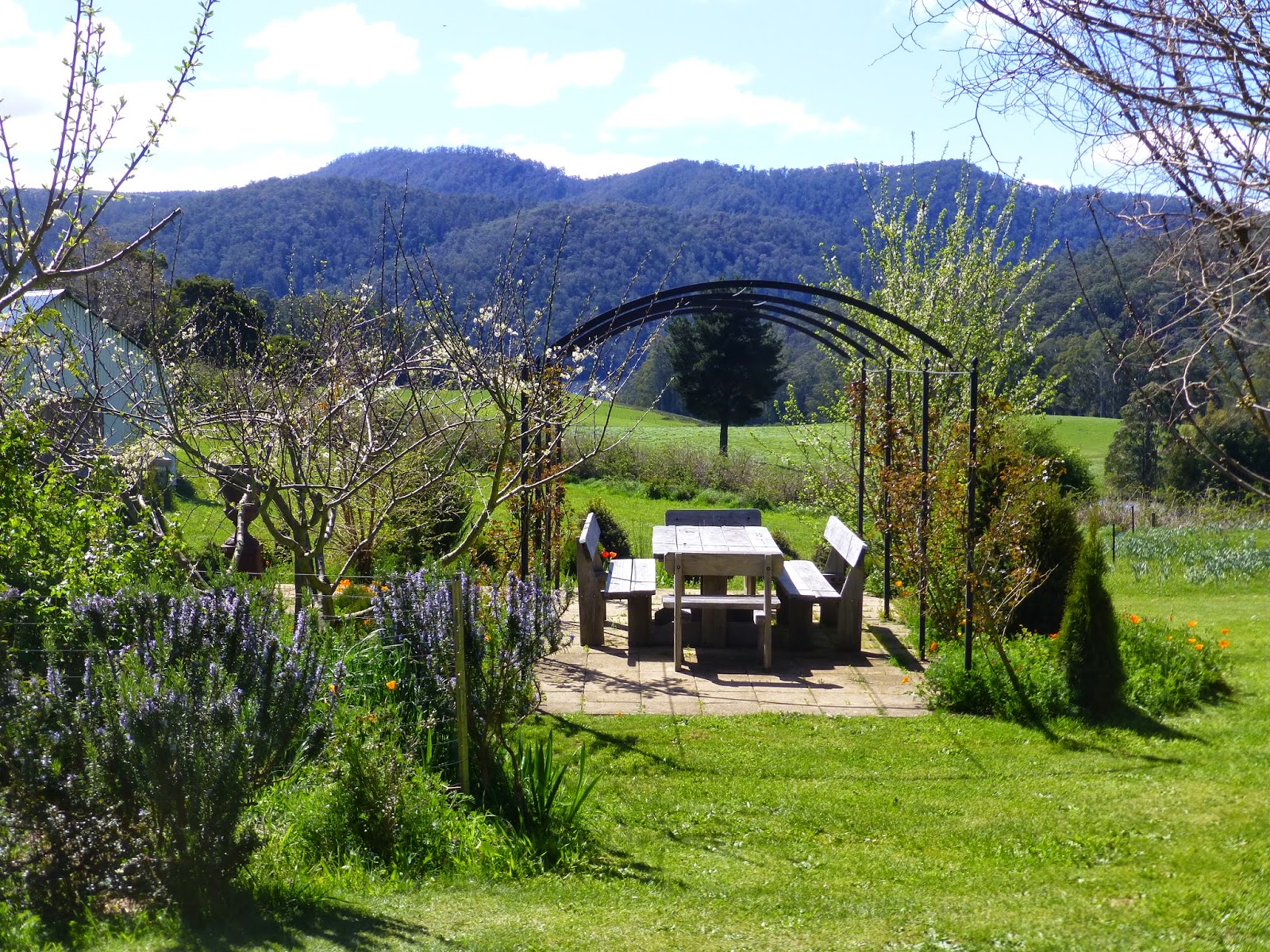 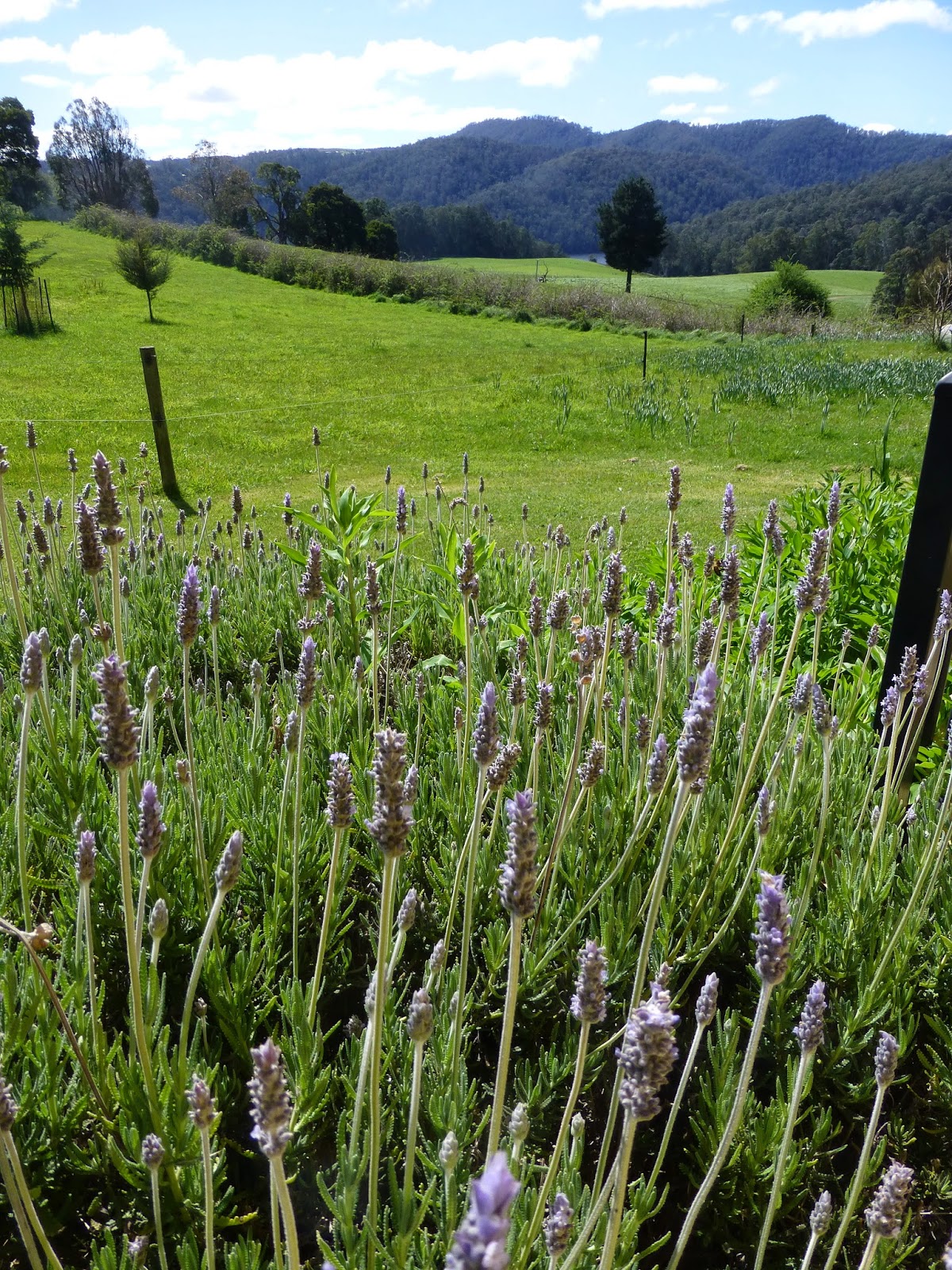 En route we had stopped at a farmers market in Deloraine and plundered lots of fresh local produce, Melissa also invited us to help ourselves to anything we liked from the kitchen garden at the side of the house and had left us a box of freshly laid chicken eggs too. 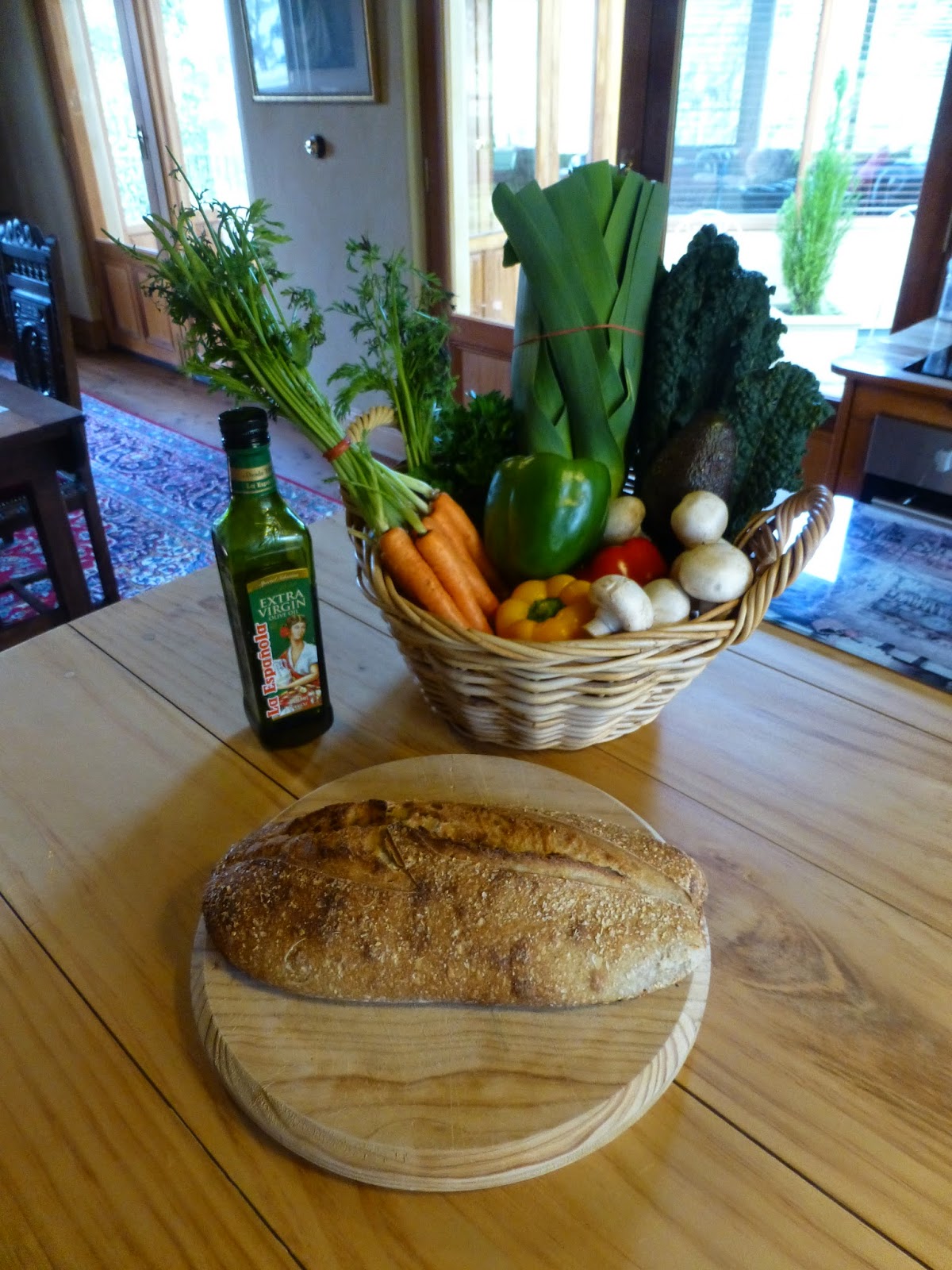 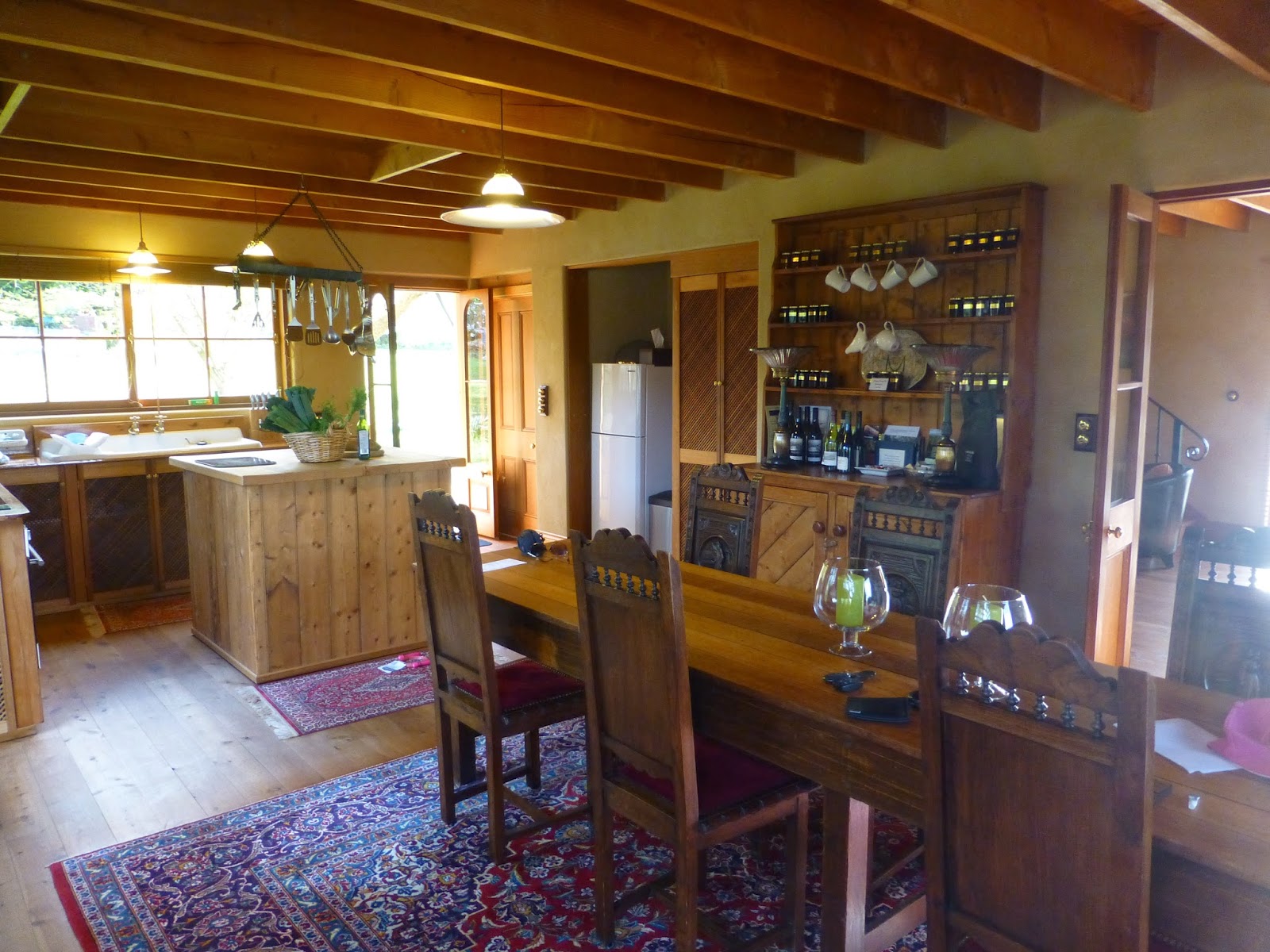 Tasmania is famous for its high quality produce whether it be from paddock or pasture. We certainly enjoyed rustling up some delicious dinners in the beautifully appointed farmhouse kitchen. 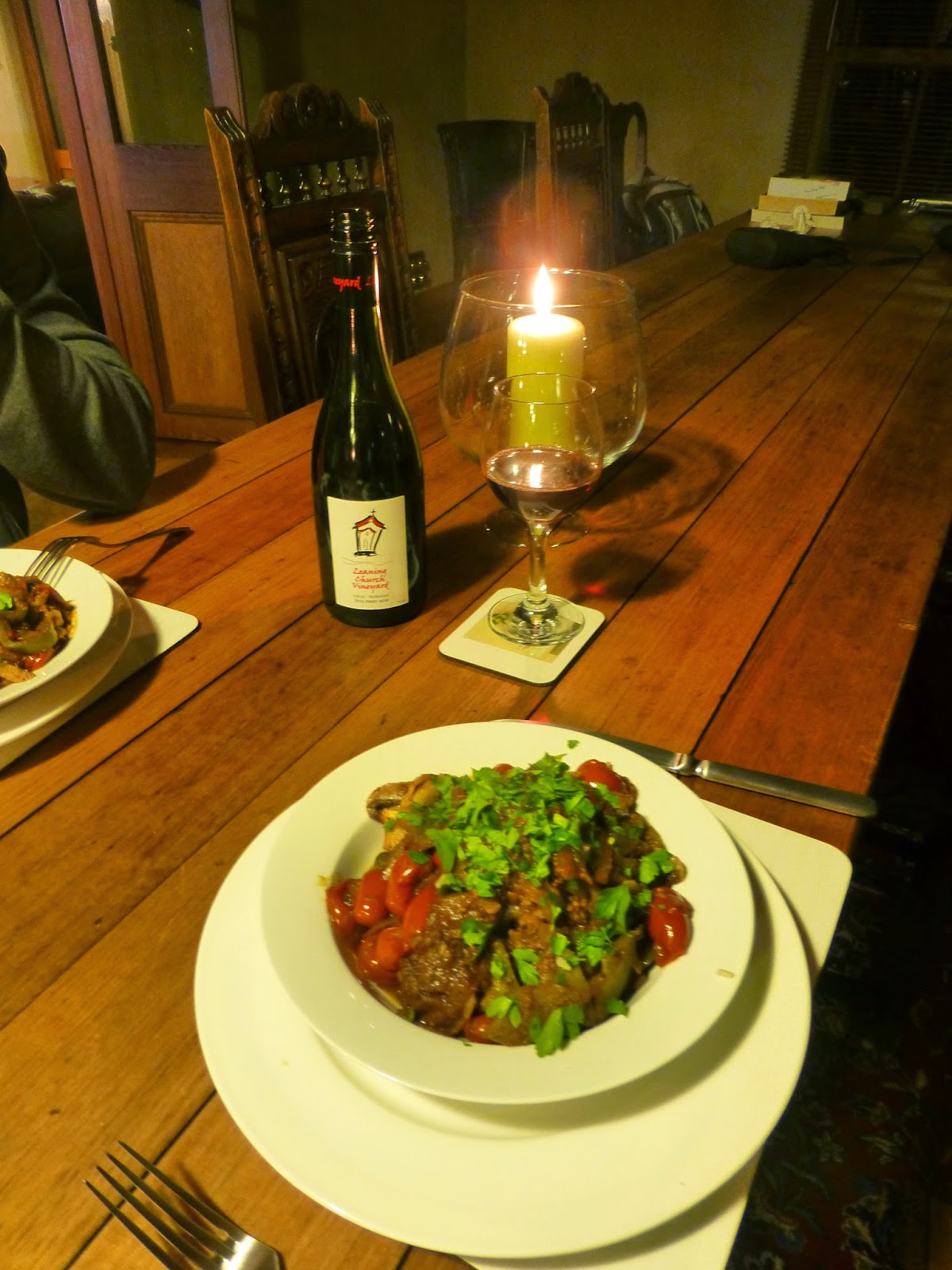 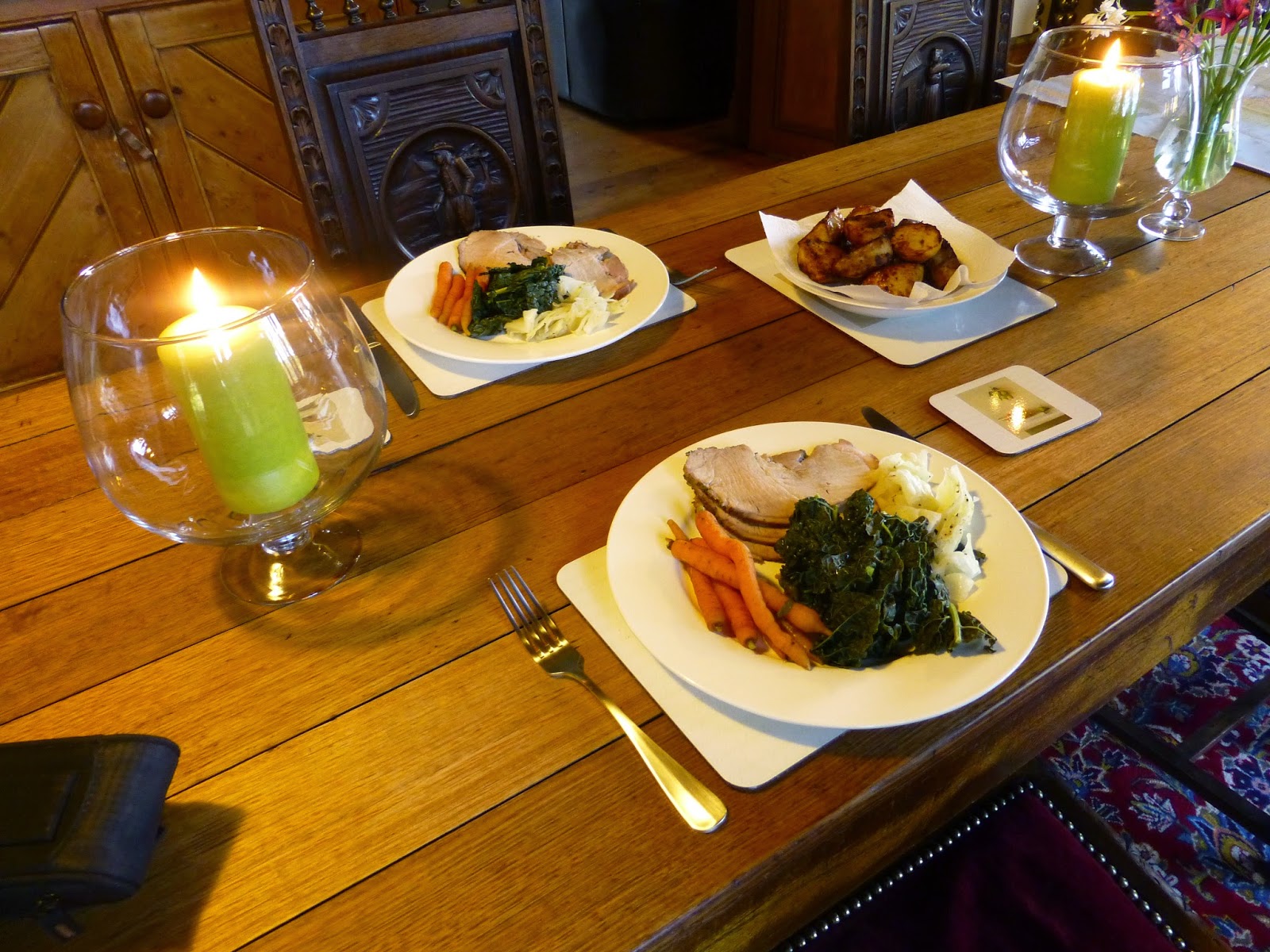 The Spring flowers were out in abundance all around the property, the blue fairy wrens dazzled in their cobalt blue and  a pair of swallows were industriously building a muddy nest in the door way.

The chickens pecked randomly around the yard and we knew we had come to stay in a special place - the views were just stunning and oozed a serenity that brought a smile with every gaze yonder.

Without any fight whatsoever we allowed the laid back pace of life in this Northern Tasmanian idyll to wash over us and bid us peace.

The first few days were grand and we enjoyed a picnic by the lake with bubbles and all without a single soul in sight! After that the weather closed in and our plans to climb Cradle Mountain were thwarted. 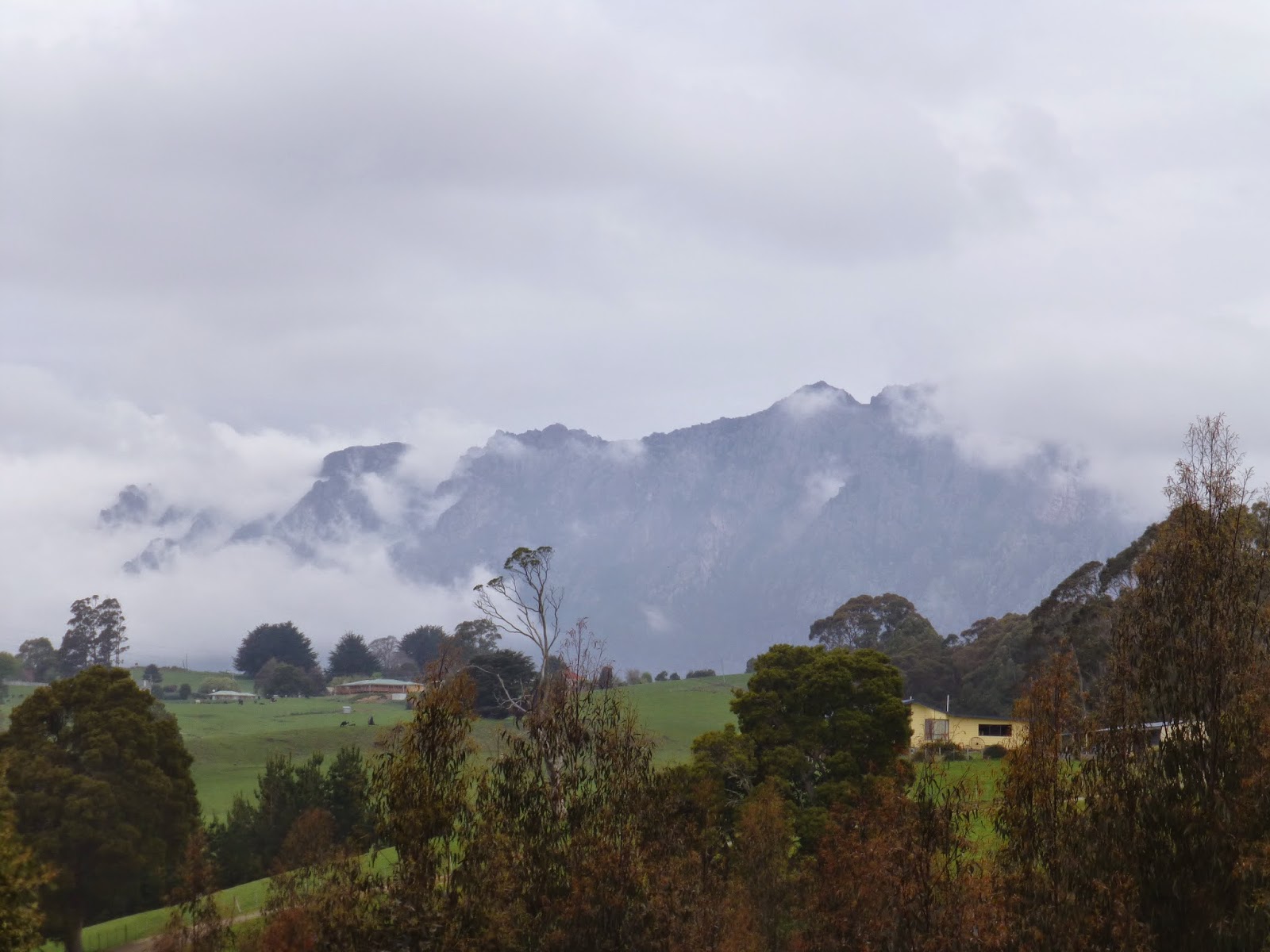 Mother Nature is as Mother Nature does, so we pottered around instead, a coffee shop here, a gift shop there and a smattering of vineyards to wet the whistle, there was also plenty of sofa surfing too.

The change in our plans was not displeasing! 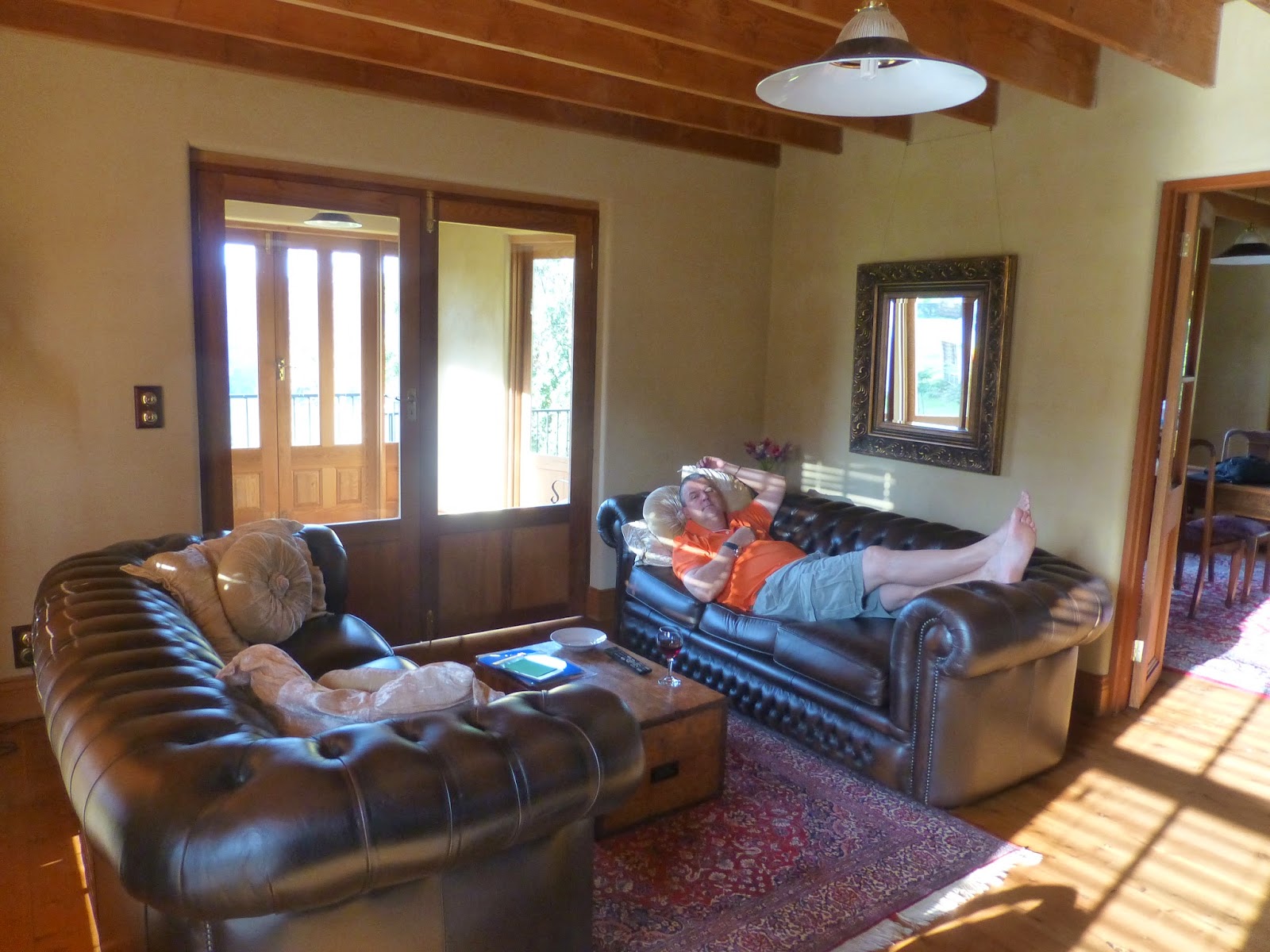 On the Thursday of that week, it was Hubster's birthday.We headed up to a local vineyard where they served the most remarkable gourmet platters. The goodies were spilling off this huge plate and even  two guzzle guts like us couldn't manage the whole lot.

The pickled, spiced cherries were a taste sensation and the Estate Pinot Noir, light and velvety. 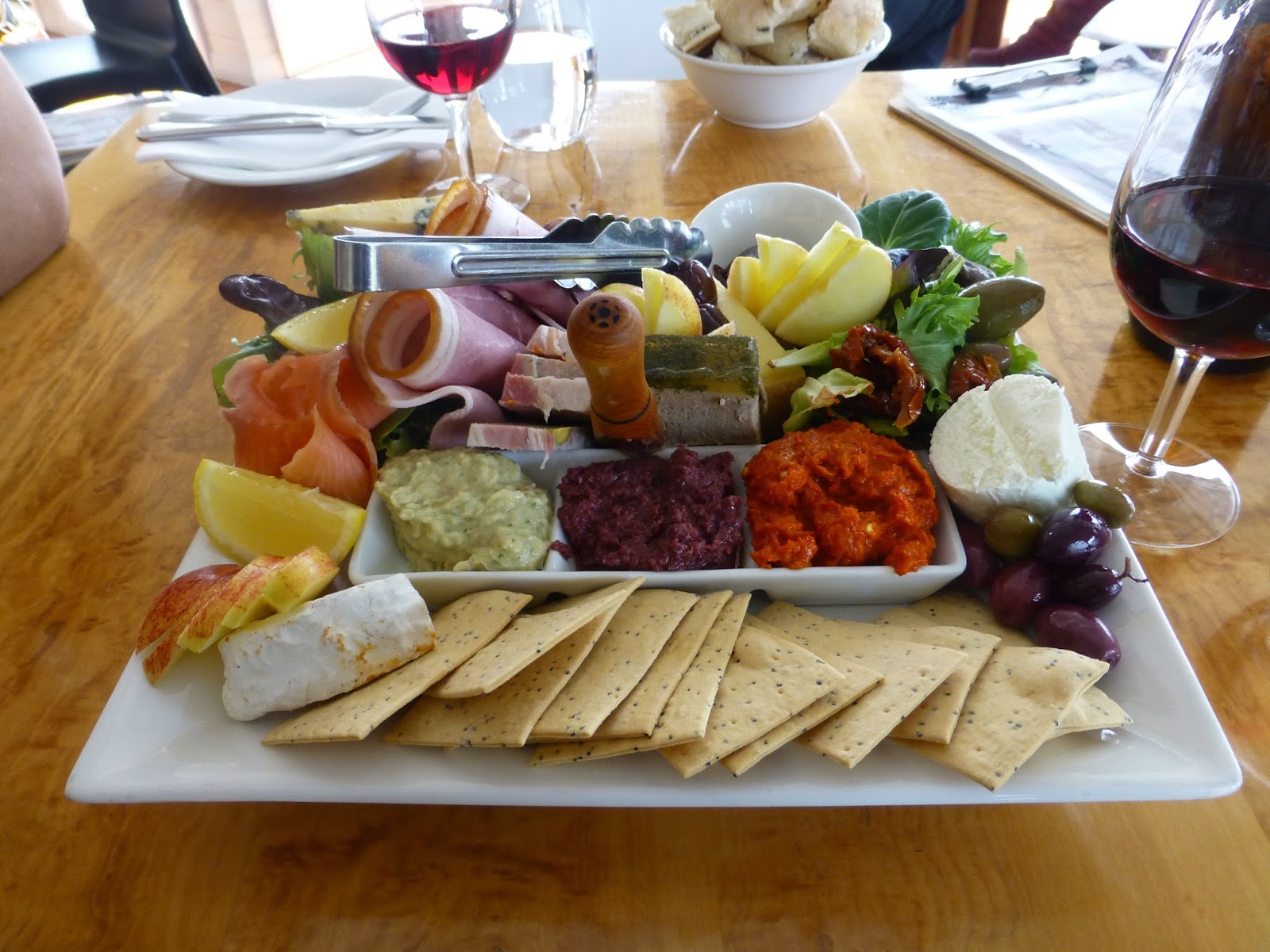 Needless to say there was more sofa surfing that afternoon!

Our lazy slumber was later punctuated with a knock at the door from Melissa. She presented us with a birthday cake she had made for Gareth! It was the naughtiest thing ever, a gooey, rich chocolate indulgence with clotted cream and a thick raspberry coulis. How did she know him so well?

We really needed to find a mountain to climb after that collaboration of calories but boy it was so good! 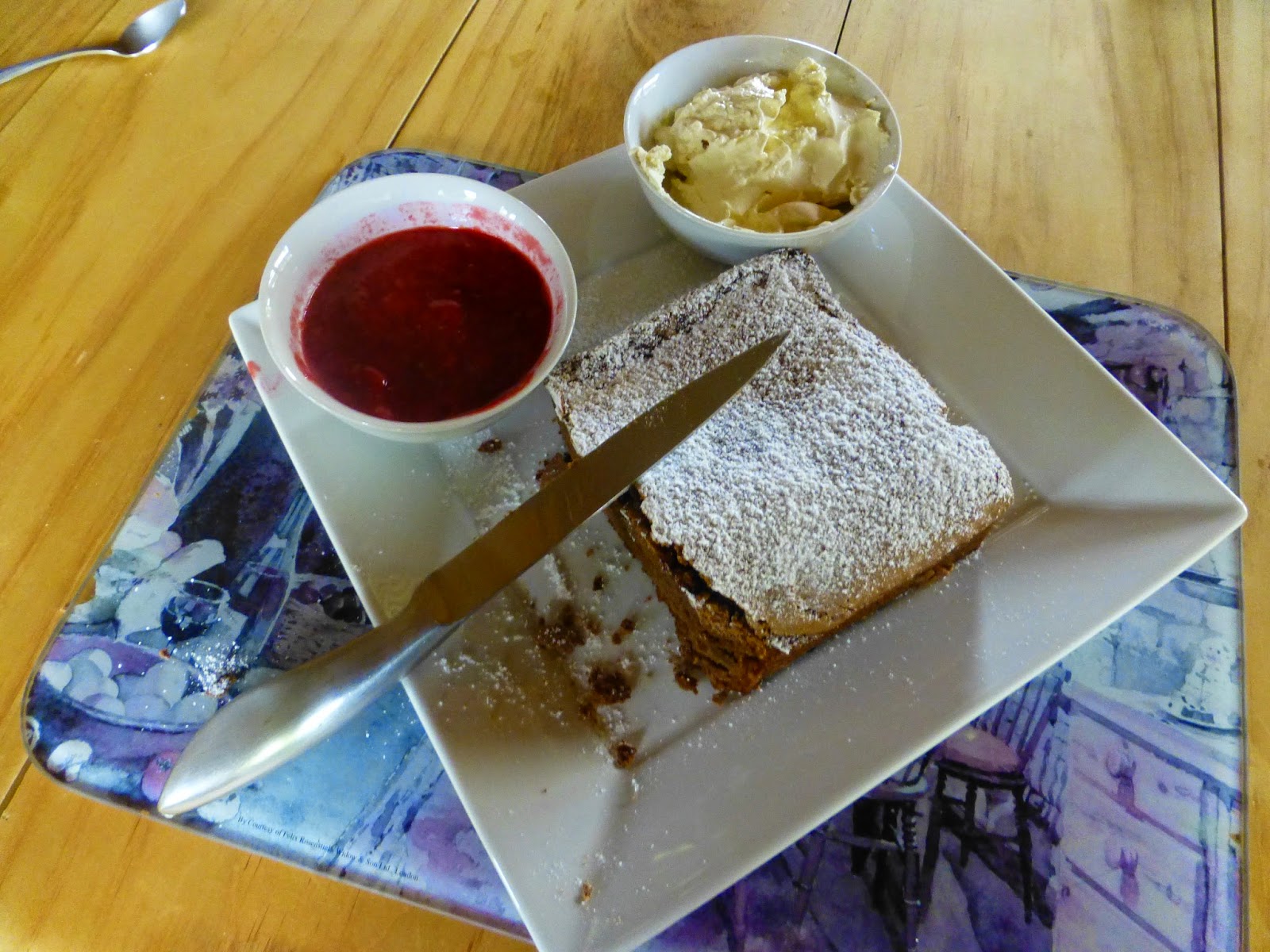 That night we had an incredible lightening storm and the rain lashed and the thunder crashed. I barely slept a wink, not because of the storm but because Melissa and Peter had taken delivery of a little calf. Chummly, as he was called, was the runt, with his growth stunted he was of no commercial use whatsoever and his future looked bleak. Melissa and Peter came to the rescue and decided to take him on as their pet.

Parted from his Mummy for the first time, I worried for the little fella that night.

Chummly however, was just fine and by the end of the week seemed to have settled nicely into his fabulous, forever home. 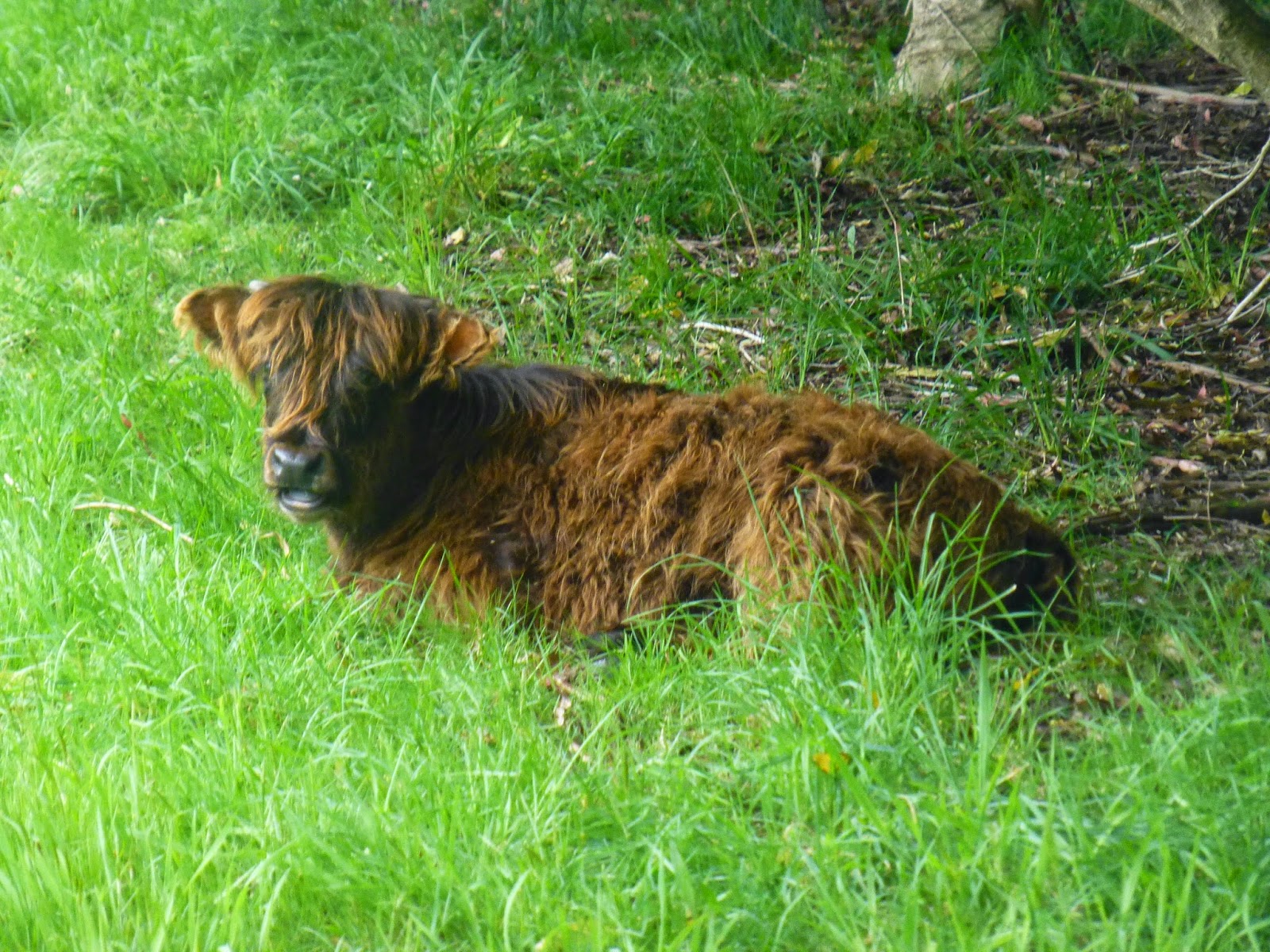 The next day was a little brighter so we seized the opportunity to head out to Moles Creek to the wildlife sanctuary there.

Here, we were enthralled to see Tasmanian Devils for the first time, Wombats up close and personal, wallabies, quolls, possums and pademelons, you name it and they were caring for them, wonderfully!

Many were victims of road accidents or orphaned as a result. It is not uncommon for the baby in the pouch to survive even if the mother is killed on the road.

The breeding program for the terribly endangered Tasmanian Devil was also in full swing and numbers had swelled to 68 in the sanctuary. I do so hope we don't lose these amazing animals forever. 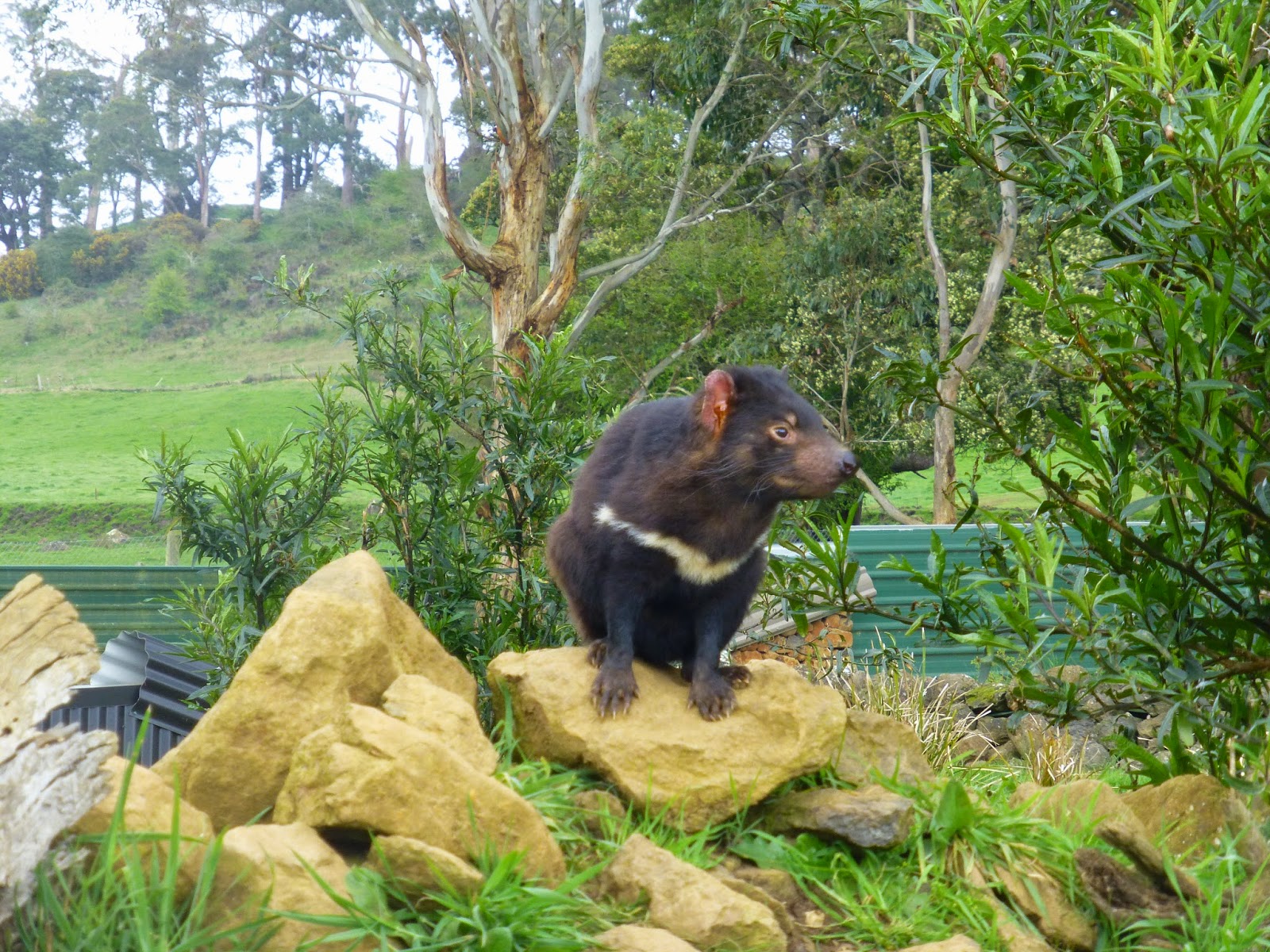 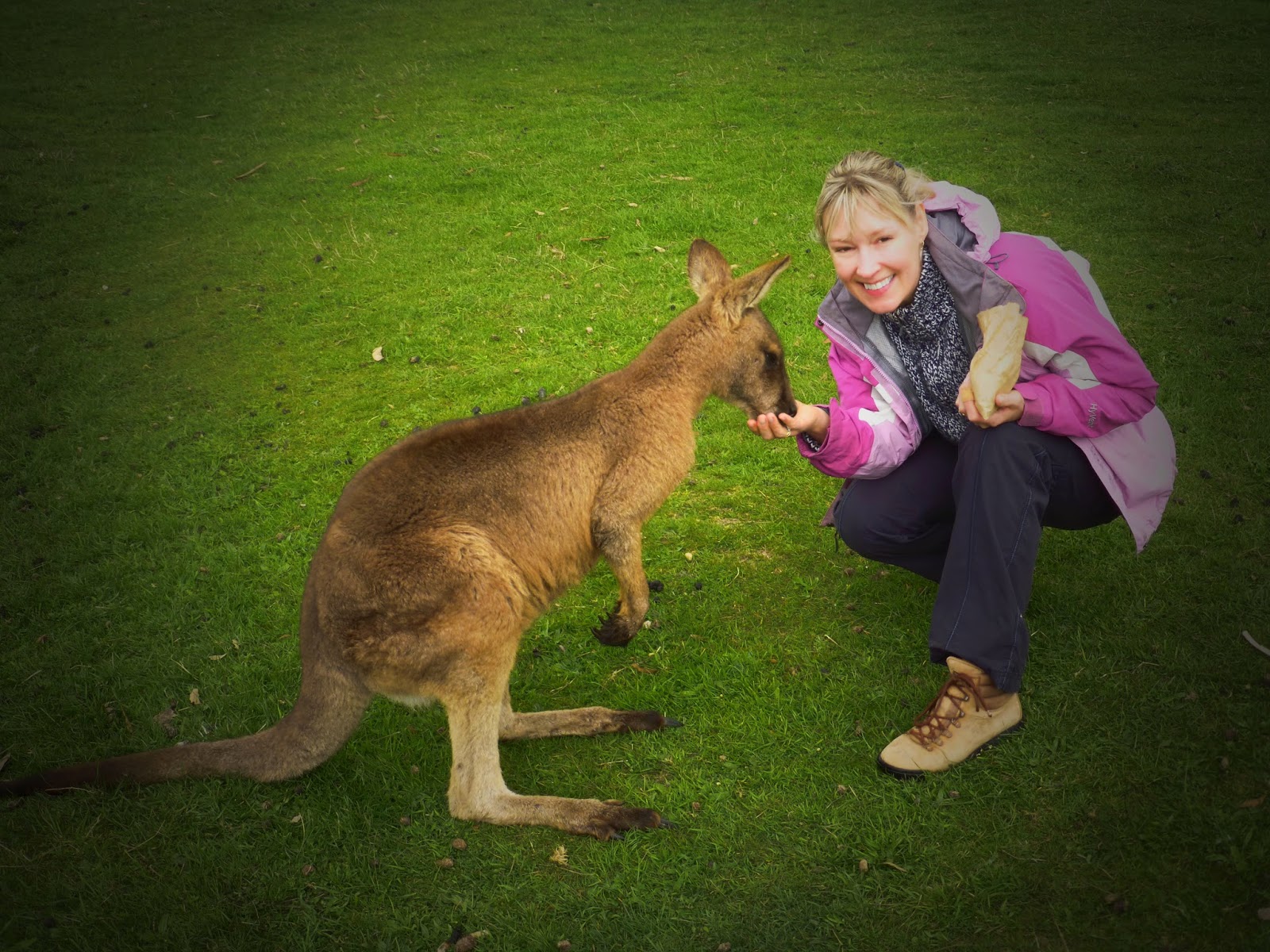 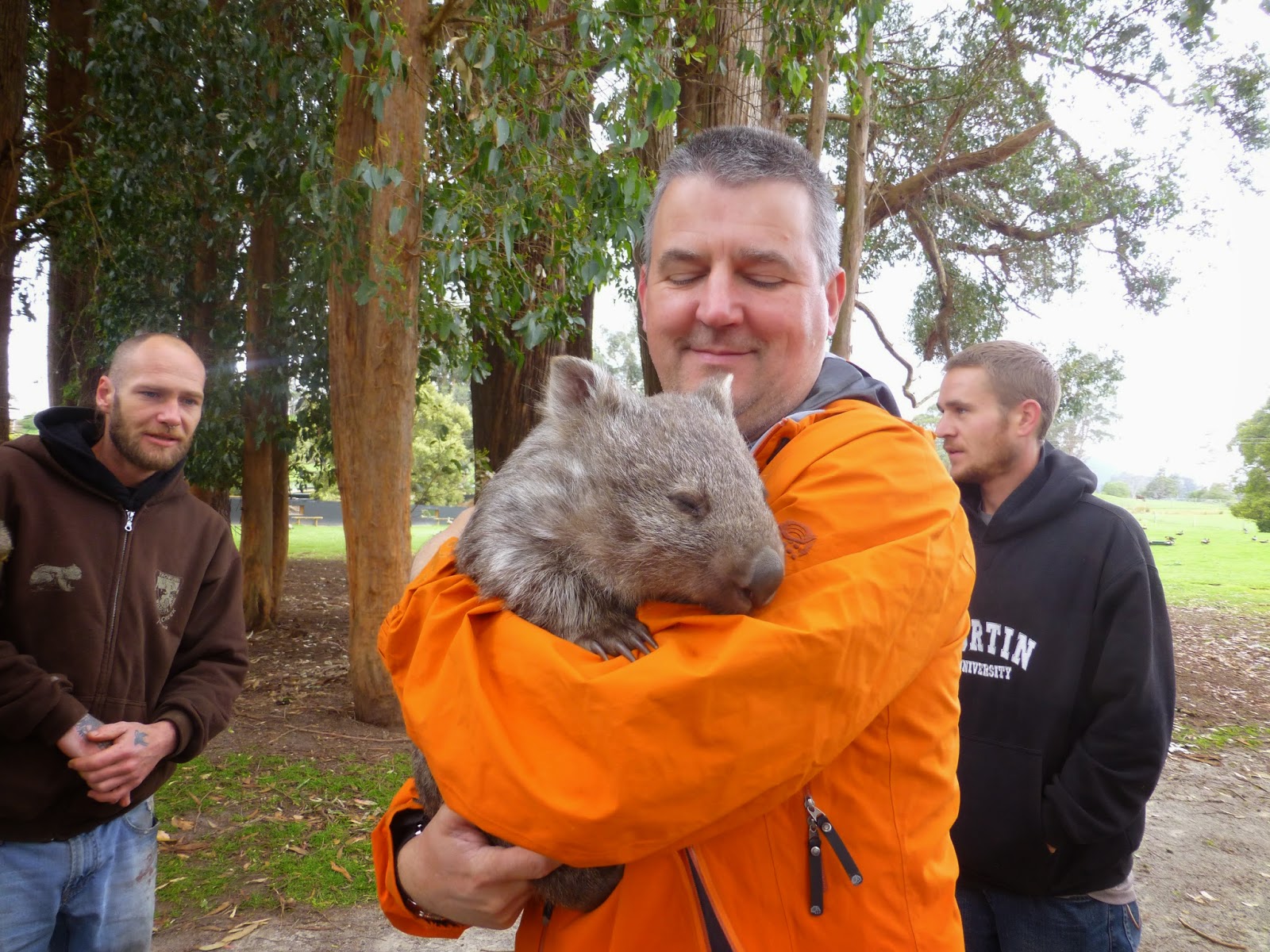 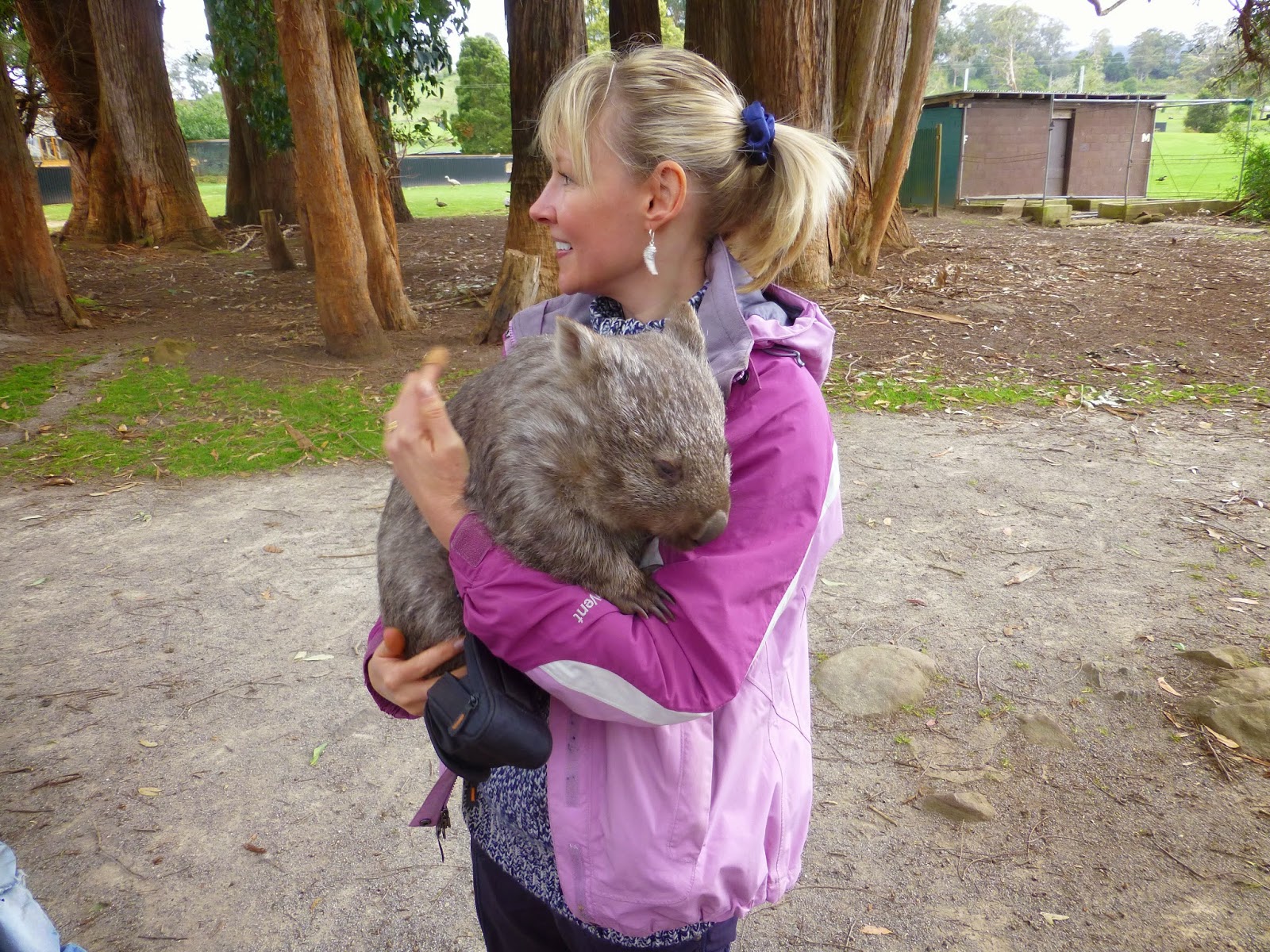 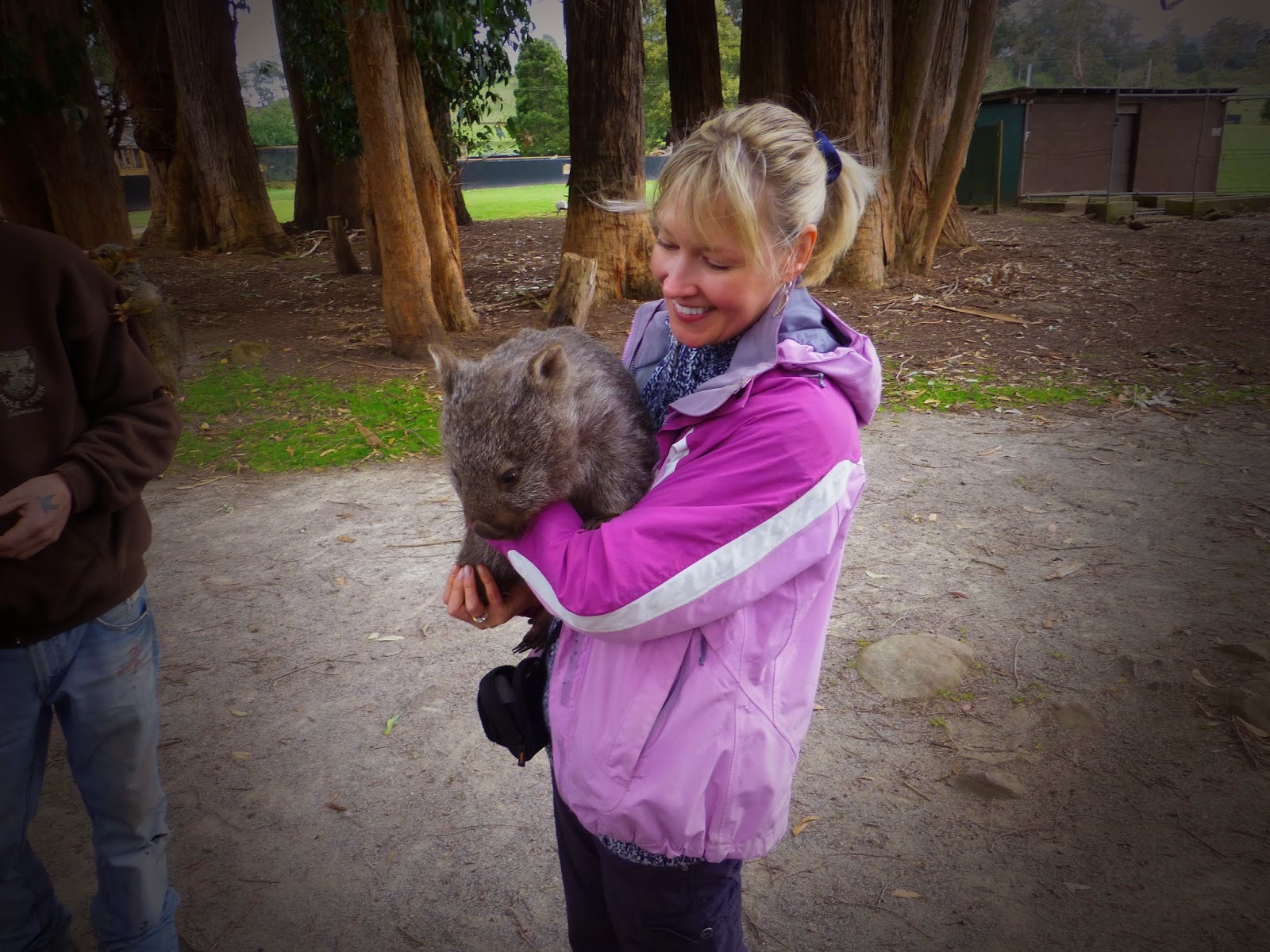 Our cuddles with Georgie the wombat were an unexpected delight, we thought we might be able to stroke her at most but to hold her and for her be so content with that, was a joy.

I had to chuckle, when the keeper handed Georgie to Gareth, he said

"And that is how exactly?" he replied.

Hee, hee. As ever though with all animals, my Dr Dolittle husband was a natural.

It was soon time to leave Northern Tassie and wend our way to the west coast.

The beautiful Freycinet national park beckoned where we swapped our fabulous country pile for a somewhat rough and ready beach house - a beach house however with a view from a fairy tale.

So far subscription to the "Tassie Fan Club" was looking good.