Messing about on the river

As inviting as the sea looks, it is a huge no no I'm afraid. The ever presence of those big bad Salties and the deadly poisonous box fish jelly fish were enough to deter us from venturing in. But there was plenty to do messing about on the river.

On the second day we were up at sunrise to go on our very first fishing trip.

I really wasn't sure if I would enjoy it and once again it was baking hot with minimal shade on the boat.

We were taken out by Bruce. What a character! He was born in Melbourne, just up the road from us here. 13 years ago he ditched the rat race, came out to The Kimberleys and set up a wilderness camp where he now lives. He brings all his supplies by boat from Darwin and lives out in the wilds on his own.

That takes some doing, its a very harsh environment. He knows the river like no other and so the Lodge convinced him to earn some dough by taking numpty guests like us out on the water.

Such a humble soul and very funny.

Our first fishing trip was amazing, such fun and I caught dinner too.

We caught all manner of things, most of which went back in the water.

Just take what you need is Bruce's philosophy and we concur.

However, that 100lb Barramundi proved elusive. 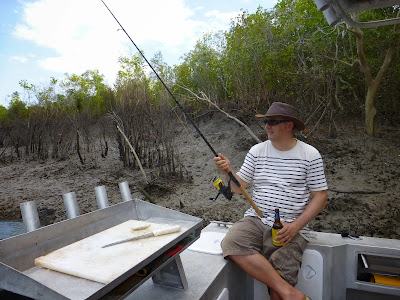 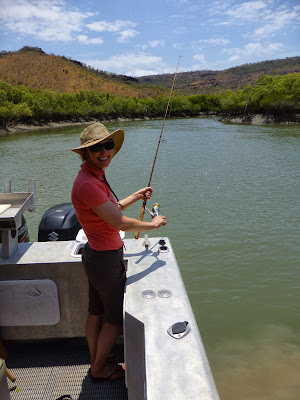 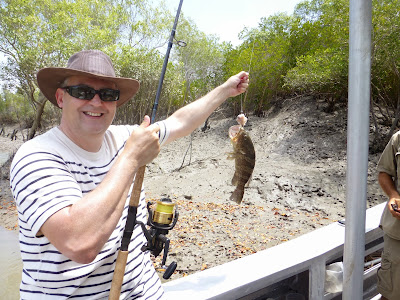 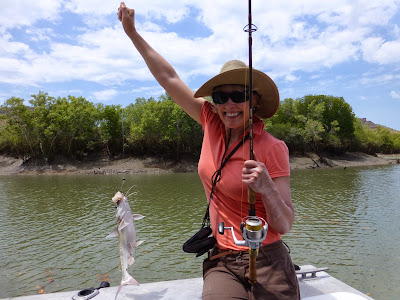 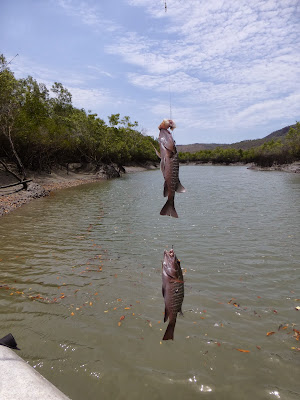 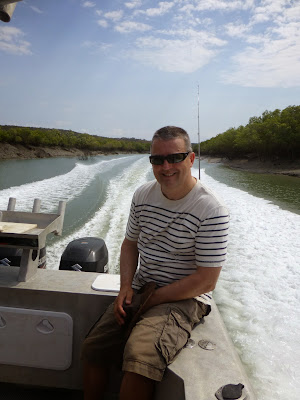 On our third day we were back on the water cruising the gorges. Ospreys and their magnificent nests were prolific as were those Salties.

However, Bruce took us 30km up river to fresh water. Here we could bathe and paddle without fear of being eaten but it wasn't as nearly as refreshing as we had hoped - the water was 35 degrees!

We had a picnic at the base of a dried out waterfall and fed the greedy Archer fish.

It was so serene, so peaceful and there was absolutely no other boat or craft anywhere. We had the Berkeley river to ourselves and that in itself was incredibly special. 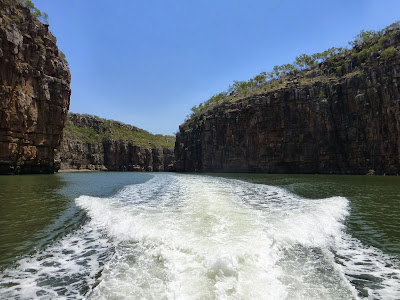 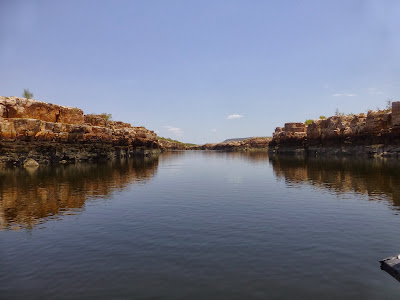 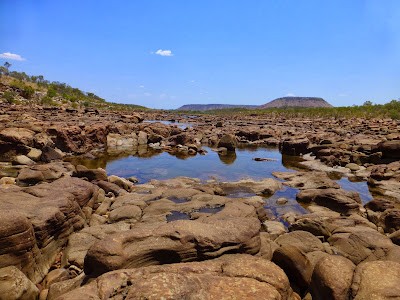 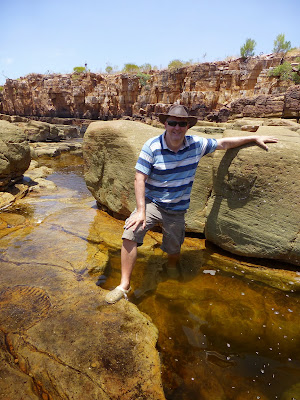 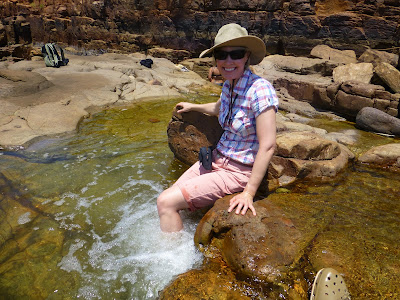 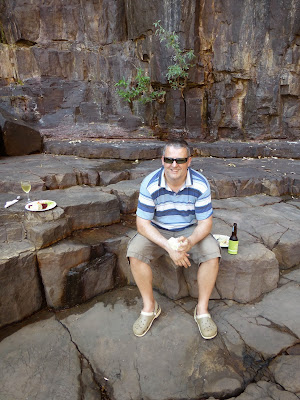