Today we went to Gaol

Every now and again you have to be the tourist.

With my cargo pants and bum bag secured around my waist, she said I looked every inch like one!

Anthea and I took a trip into the City to go and check out the Old Melbourne Gaol. 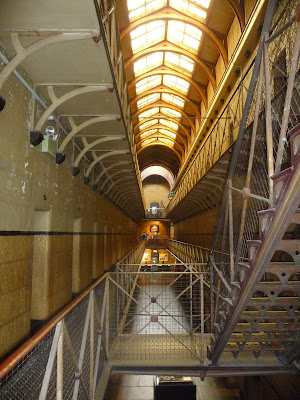 Looking at all the skyscrapers around us it was hard to imagine that the Gaol dominated the Melbourne skyline as a symbol of authority when it was built in the mid 1800s.

Between 1842 and its closure in 1929 the gaol was the scene of 133 hangings including Australia's most infamous citizen, the bushranger Ned Kelly.

Did you know that Mick Jagger starred in a film about Ned Kelly? Nor me, I just can't imagine it, he has never been known for his articulation, never mind the Aussie accent! 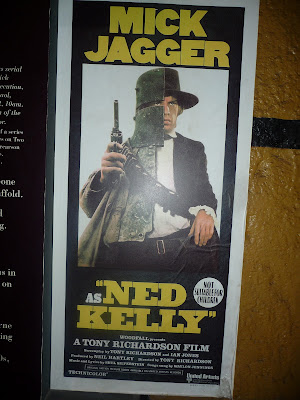 Ned Kelly although deemed to be a vagabond and a murderous thief has now entered Australian folklore, much like a latter day Robin Hood. A wreath is laid beneath the rope where he was hung every remembrance Sunday and as you can see on the card, some now believe him to be an inspiration! 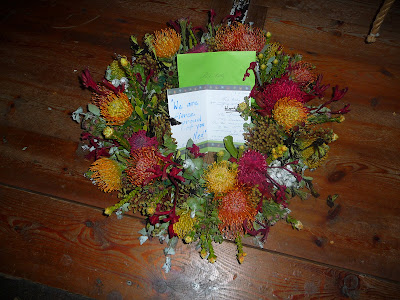 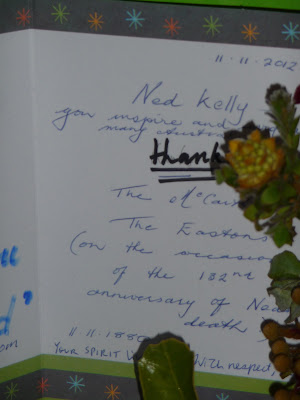 The Gaol was very eery especially the practise of making a death mask of every prisoner that was hung.
There was one method of "torture" used that we found particularly amusing, no pleasures were afforded in this prison, not even self administered ones! ahem! 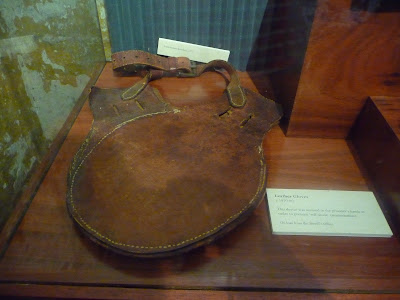 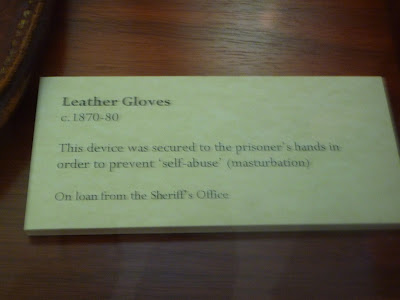 We also made a tour of the old Watch House, where prisoners were held in remand prior to their appearance in court, this did not close until 1994 and some of the graffiti, of which, there was plenty was pretty ripe. (Apologies for those easily offended) 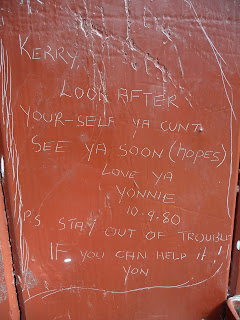 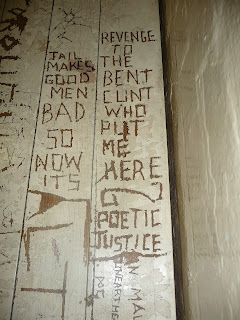 The padded cell sent shivers down my spine and reminded me of that scene in the Green Mile.

Prisoners would also hold "dirty protests" smearing excrement all over the walls, I am not sure what purpose this would serve but to make the life of the crowded cells even more abhorrent to the prisoners themselves. 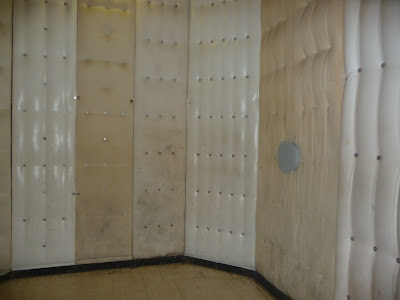 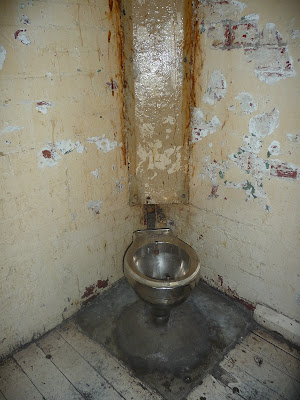 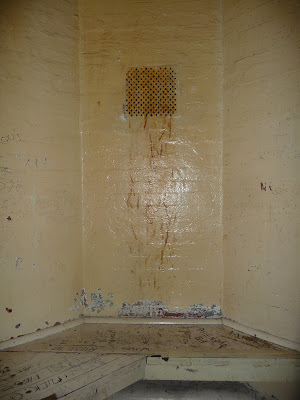 Naturally we were arrested, mischievousness was clearly our charge.

Well why wouldn't be? Our mugshots have guilty written all over them. 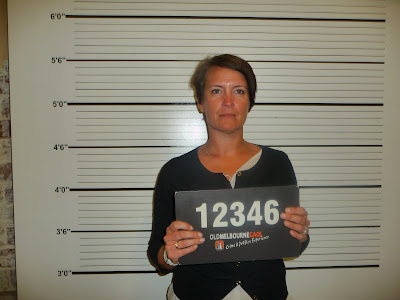 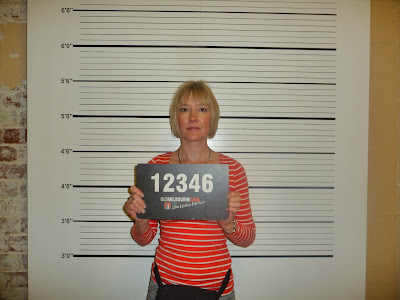 It was a really enjoyable afternoon and needless to say Anthea and I were the last to leave.
Posted by Mrs T-J at 07:27