The waters around Sark are known as the clearest of all the Channel Islands and the headlands and coastline are flamboyantly decorated in a cloth of gold and beautiful coast line flowers.

We took a walk and a bit of a scramble to Derrible Bay, we never saw another soul except for some sleepy horses, geese running amok across the headline and a few Sark lamb.

Hubster led the way, it was a bit steep! 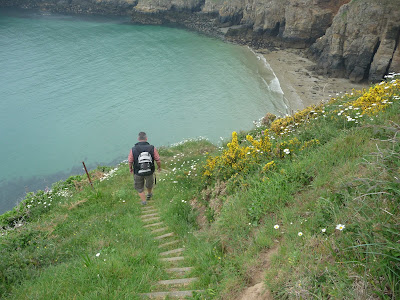 A gorgeous view out to the Channel 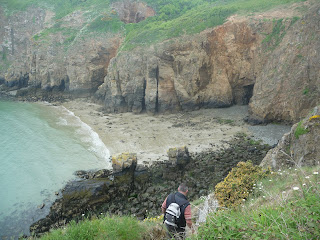 As we carefully negotiated our way down to the coves we came across Sheeps-bit scabious and wonderful healthy lychen. It clang, in abundance, to the rocks that had not been claimed by golden gorse. 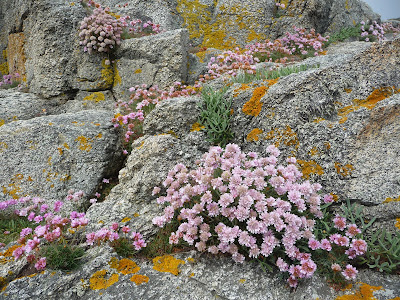 You pay good money at garden centres for Scabious like this and here it is growing wild everywhere.
The same could be said for the St Peter's Port Daisy's 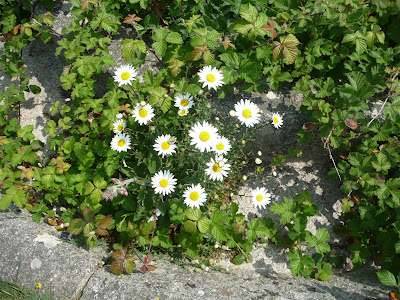 The scramble across the rocks amongst the most amazing different varieties of seaweed I have ever seen was not one for the faint hearted. But we were determined to reach the caves beyond, to wonder at the jewelled treasure that was hidden there. 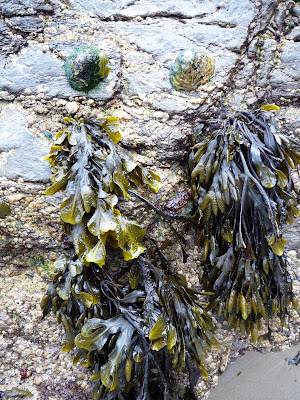 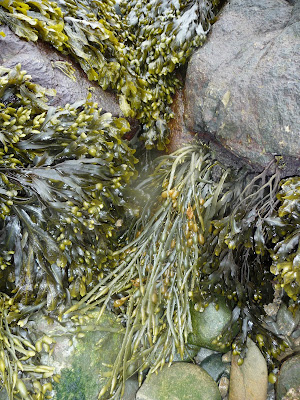 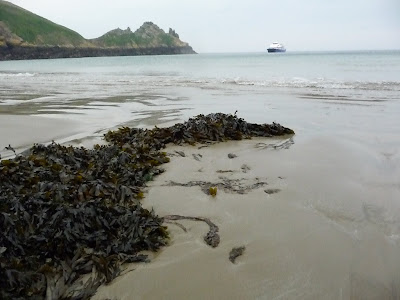 Seaweed is a fairly important resource on Sark:
1. When dried it is great fuel for the fire.
2. It is great fertiliser for the garden
3. The algae from its pods is perfect on cuts, burns and grazes
4. Some varieties you can eat, deep fried, in salads or dried as a seasoning

I will have to learn all their names and properties until I can be classed as an official Seaweed Nerd. However, you probably have the impression already that I probably will!!

Now then back to those caves. Once again Hubster led the way! 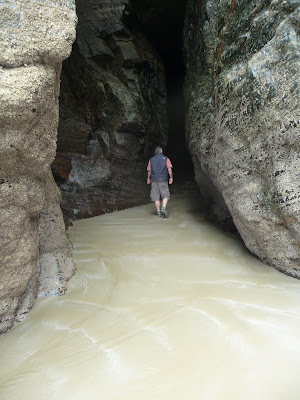 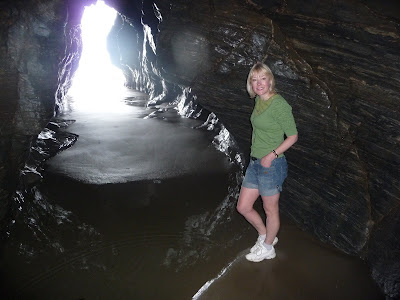 "Posing in caves Debbie is not what we are here for" Exclaims the Hubster.

"I know babes, I am one step ahead, spotted them and been snapping away already" 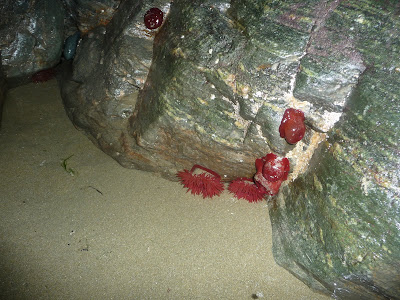 Only in the cleanest and most unpolluted of waters can these wonderful anenomes exist. Sark is home to thousands and we both felt honoured to see these very rare creatures first hand. In the presence of water they unfurl

But when the tide goes out they curl up and like jewels studded in stone, they adorn the cave walls like huge red rubies. 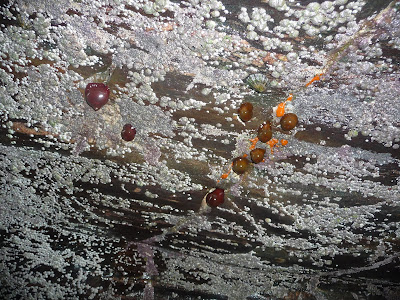 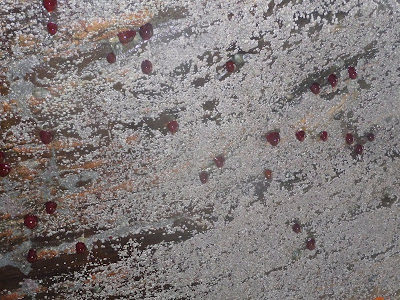 These incredible sea anenomes have been given "RAMSAR" status. This means they are recognised internationally as a protected wetland species. Woo hoo, go you little jewelled anenomes you!

Well they certainly proved to be the jewels in the crown of our trip to Derrible Bay. We were reluctant to leave, if only for the steep climb ahead. But there was time to stop along the way for a much needed catch of breath........at the view of course! 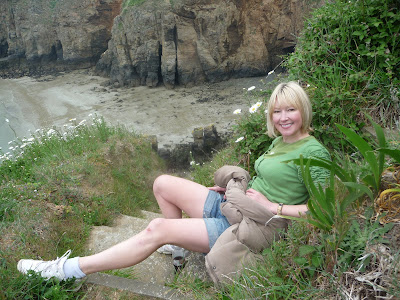 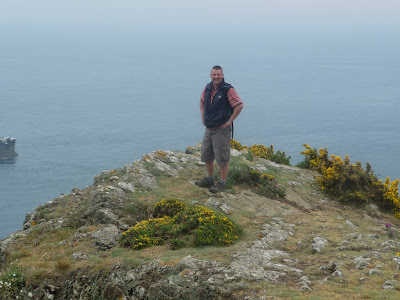 The Hubster says whenever he takes a picture of me and I throw my arms in the air, its a Debbie signature picture that says "it doesnt get better than this!" Whatever does he mean? 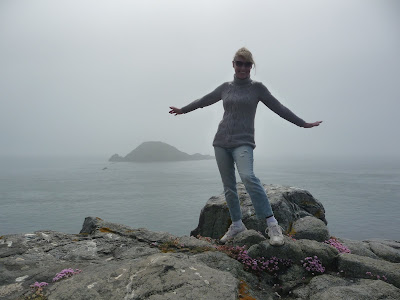 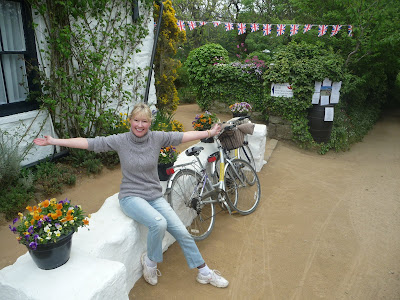 After all that fresh air only one thing for it

What would you choose from this lobster feast? 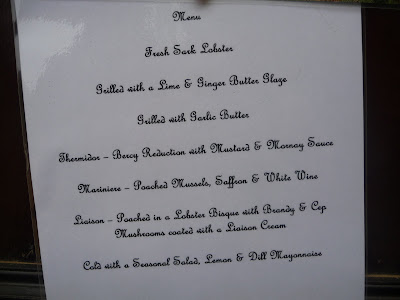 Will let you know in tomorrows blog what we had, tonights blog has been way too long and Radish is getting jealous that he is not getting enough exposure lately!
Posted by Mrs T-J at 20:40