When a place exists with a name like Kangaroo Island then you just have to visit, right?

Situated off the south coast of Australia, Kangaroo Island is no shrinking violet being the 3rd largest in Oz. Most people fly direct from Adelaide. We chose to take the ferry across so that we could enjoy the beautiful drive through the Adelaide Hills and the McLaren Vale down to Port Elliott.

The 45 minute crossing is notoriously tempestuous but we were gifted with a gorgeous day and a relatively smooth transit. The swell, however was very deceptive as one poor lady and her sick bag proved! 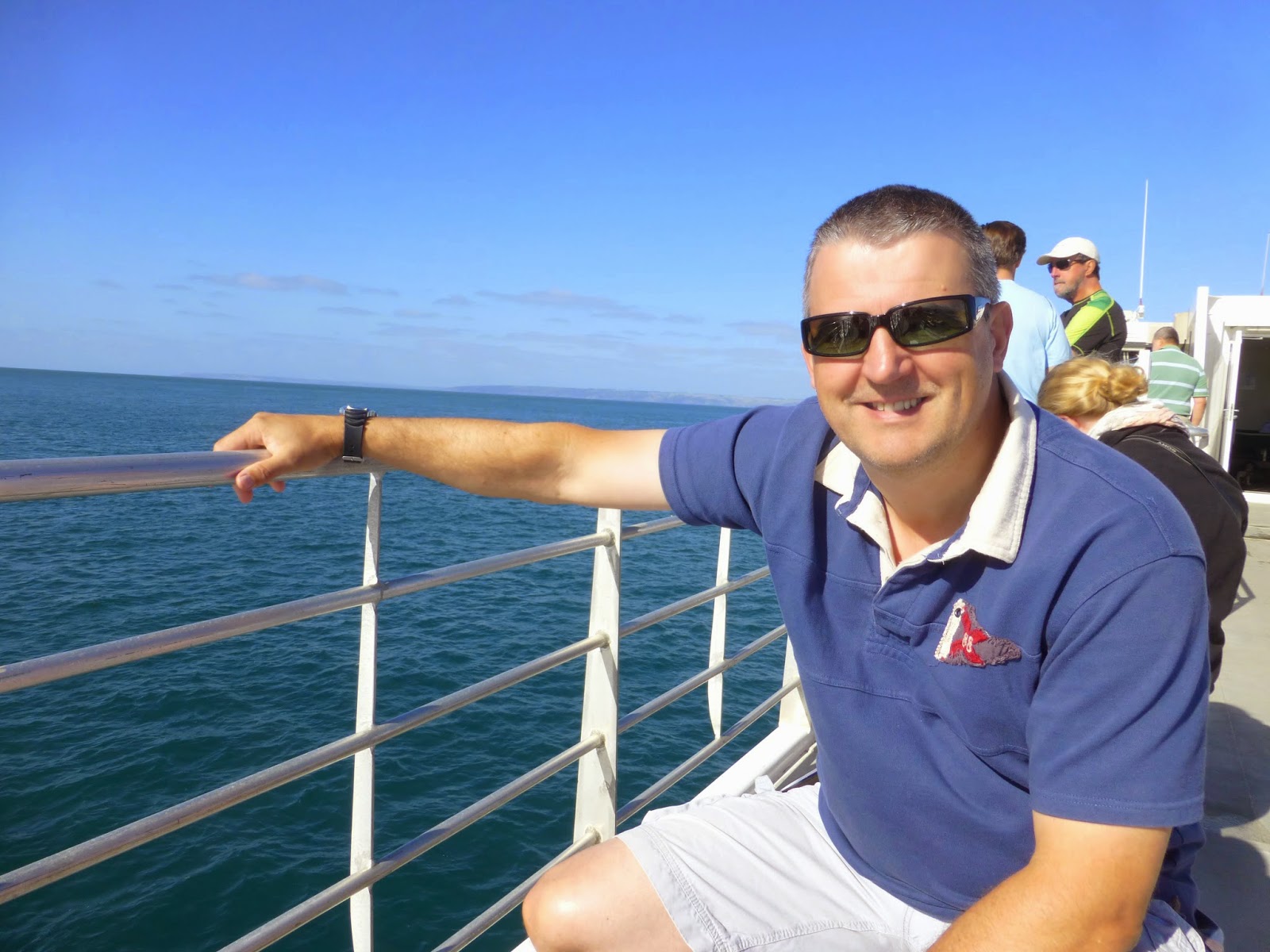 After disembarking we hit the road for a 2 hour drive to our destination, Southern Ocean Lodge, voted the best eco lodge in the world last year. We were so keen to get there. The drive however was a tad dull and monotonous. Mile after mile of pin straight road cutting through the middle of the island flanked by coarse, dense, low lying bush with no undulations or features so to speak. Although totally unspoilt and  natural, the landscape was mile after mile of the same and although most certainly teeming with wildlife, there was very little to see. So far............

Finally we took a turn off left and as we approached the lodge we were surprised at just how unimposing it was. It certainly wasn't a blot on the landscape and the architects had certainly taken their "eco" brief seriously.

The huge doors swung open and out onto the most incredible atrium style lobby, it was almost like something from a James Bond film. The arc of floor to ceiling glass framed the incredible surf of the Southern Ocean before us. 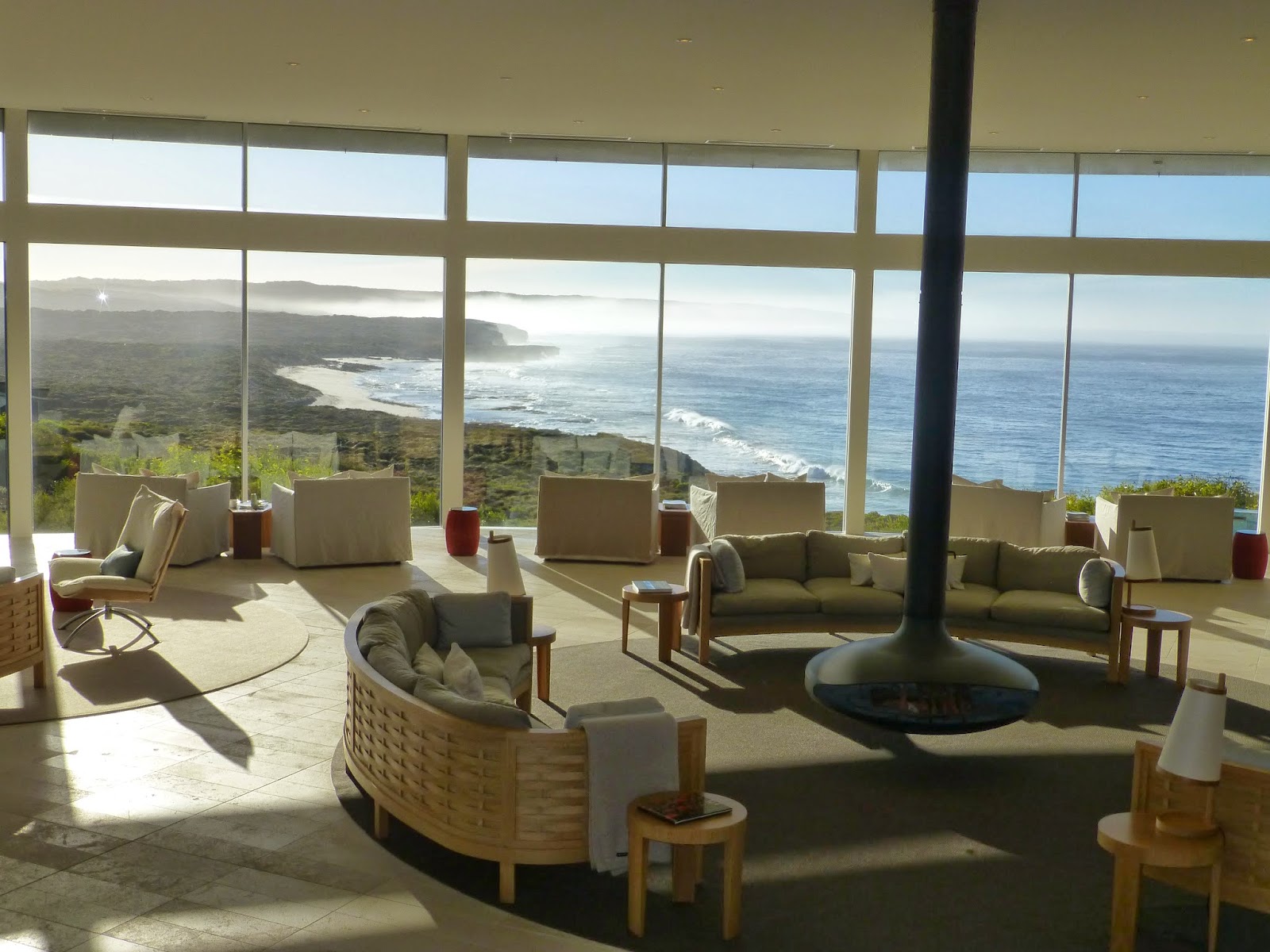 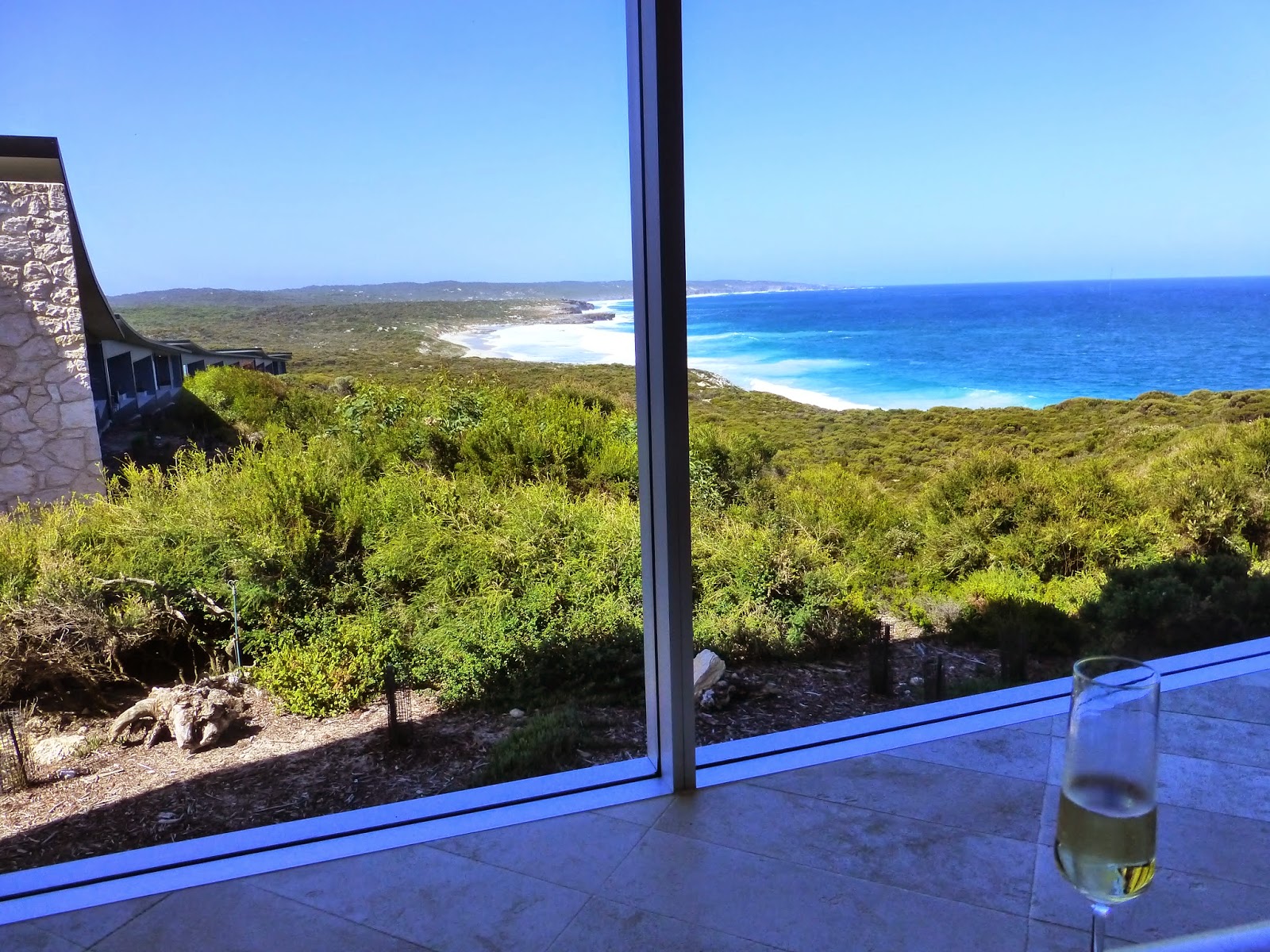 It produced a WOW from both of us.

All the rooms had beautiful ocean views. What can I say? Solely championing South Australian produce and wines, this place was pure class.

The Lodge was the perfect base from which to explore the island known as the "Galapagos" of Australia. We already knew that over 400 species of flora and fauna are found here and nowhere else in the world. 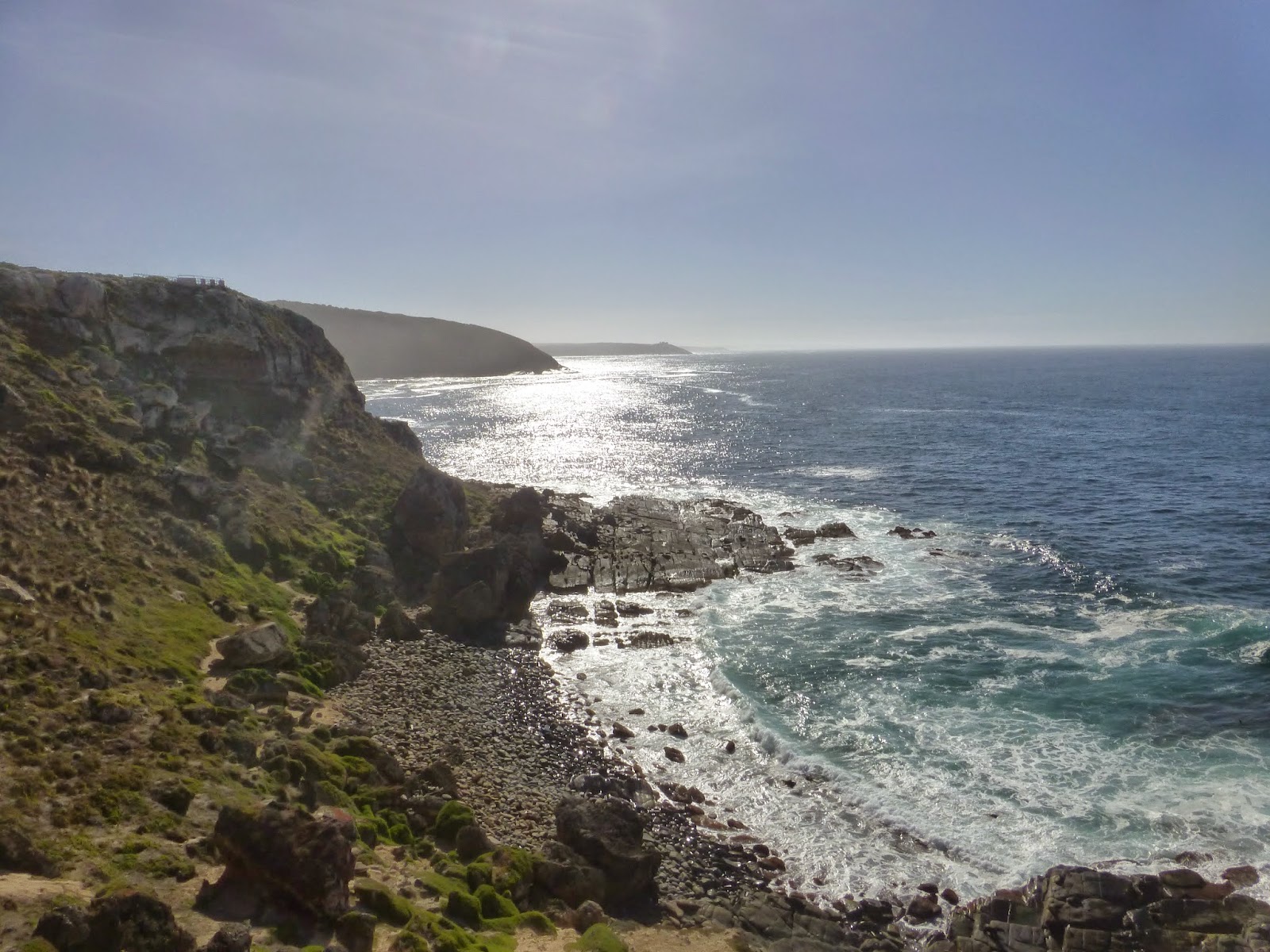 We spared no time at all getting out and about and exploring the coast line. 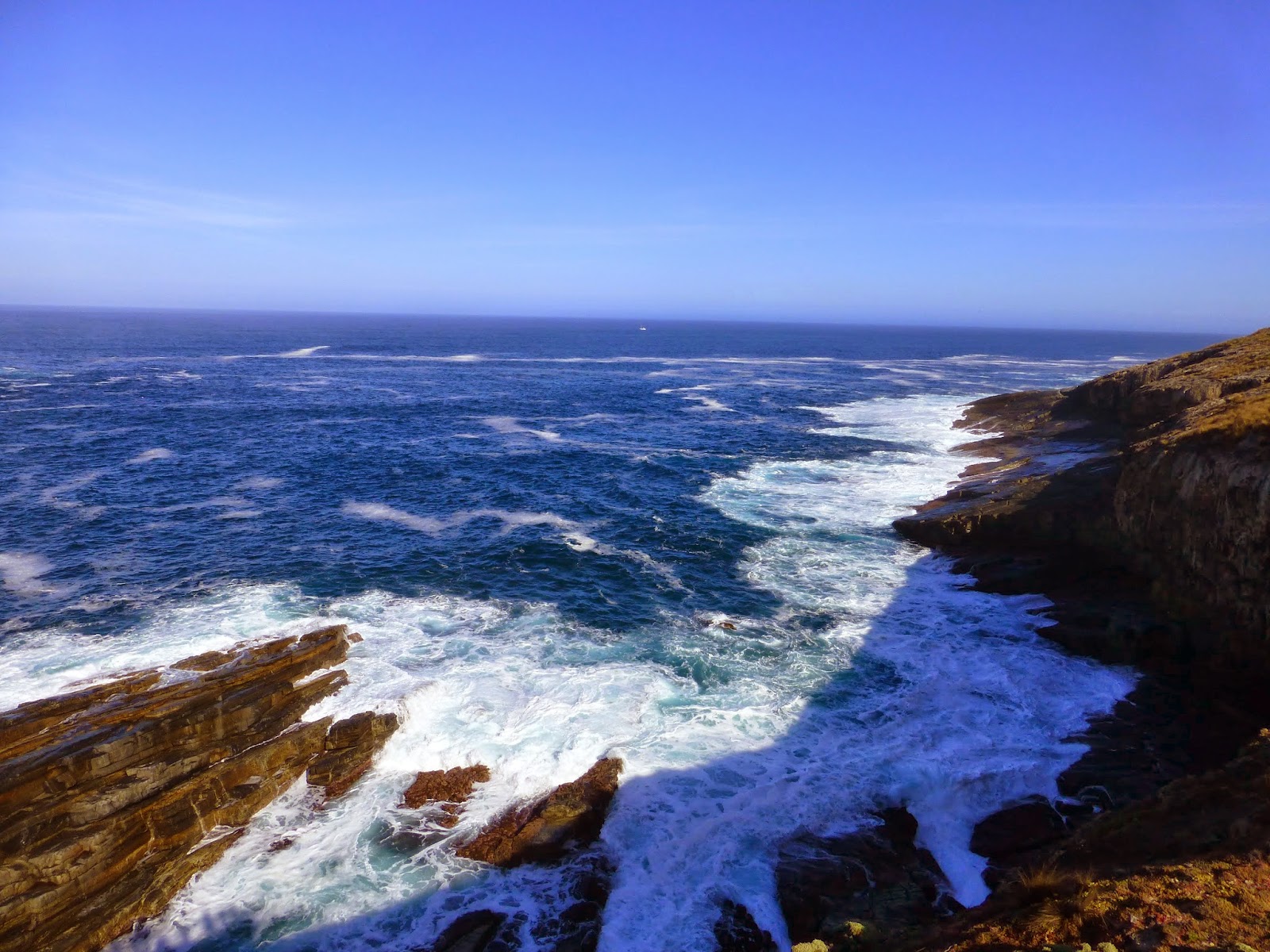 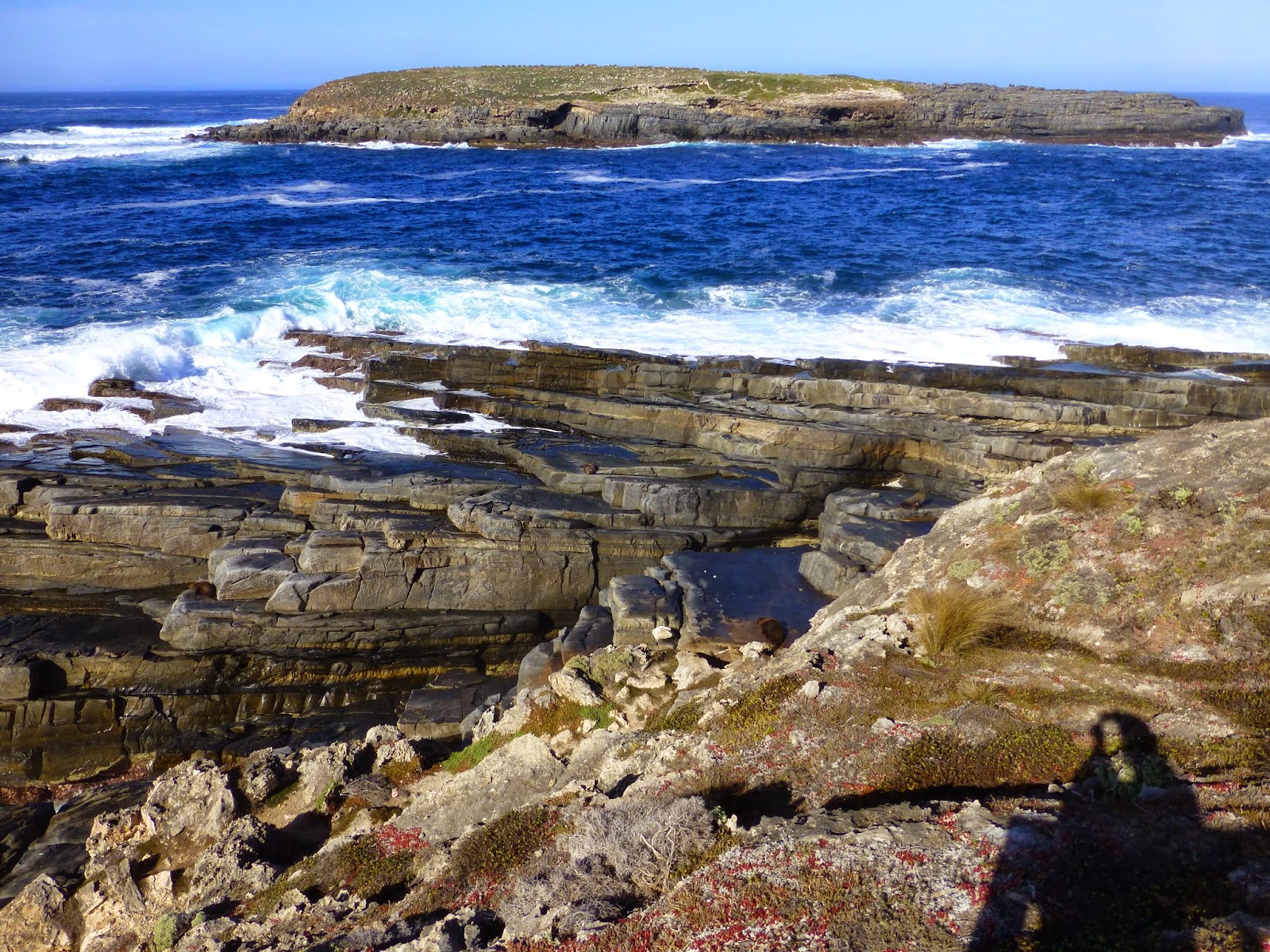 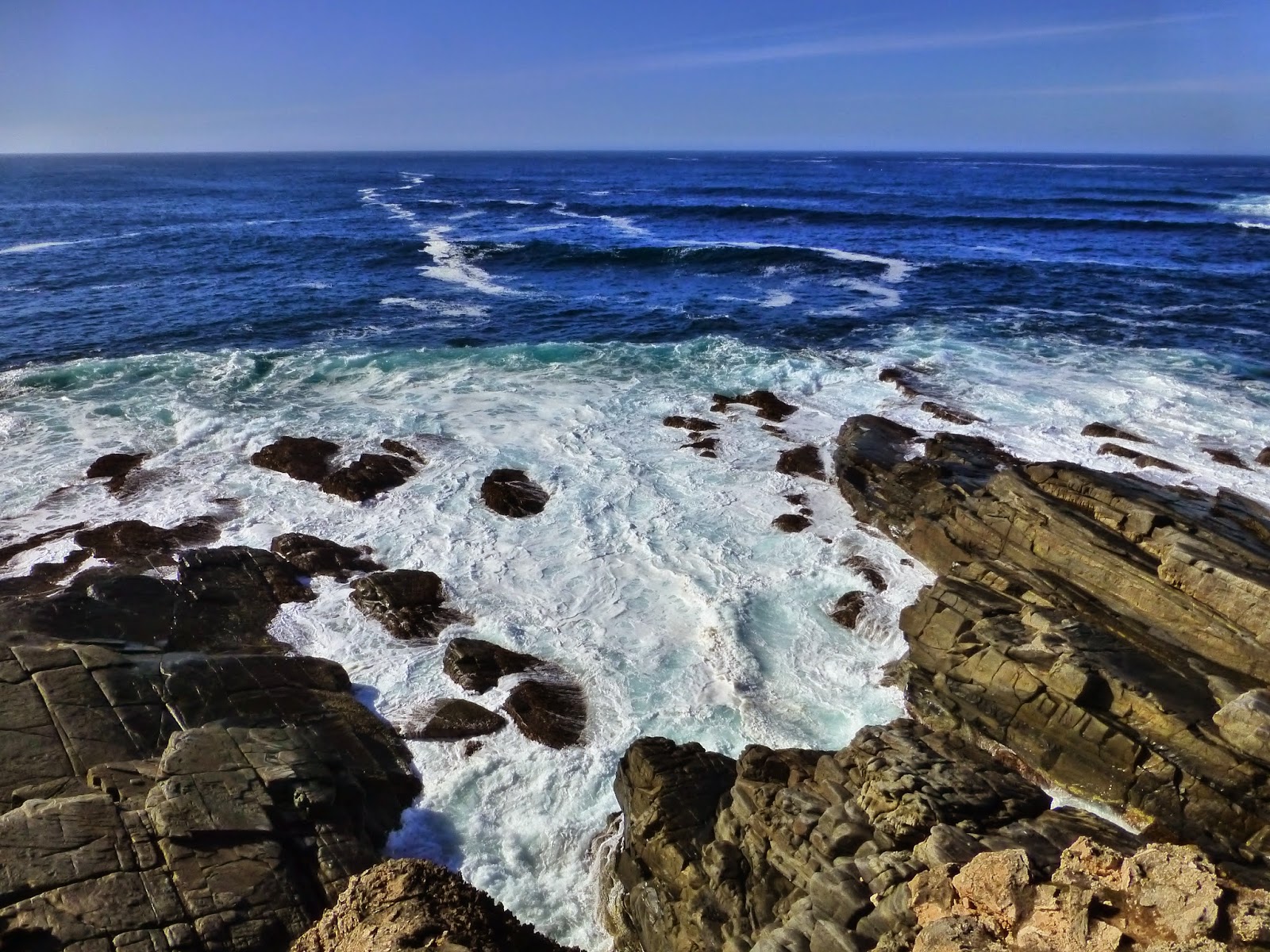 In the fashion of Sir David Attenborough, these are some of the most treacherous waters on earth. It was a still and calm day and yet the swirl and swell was still pretty impressive. From the safety of a very high cliff, we would have loved to have seen it at full throttle. Vessels do not cross these straits near the coast line, the rocks and the waters are just too risky as the many ship wrecks prove.
It also has a high concentration of Great White Sharks due to the huge number of fur seals here. 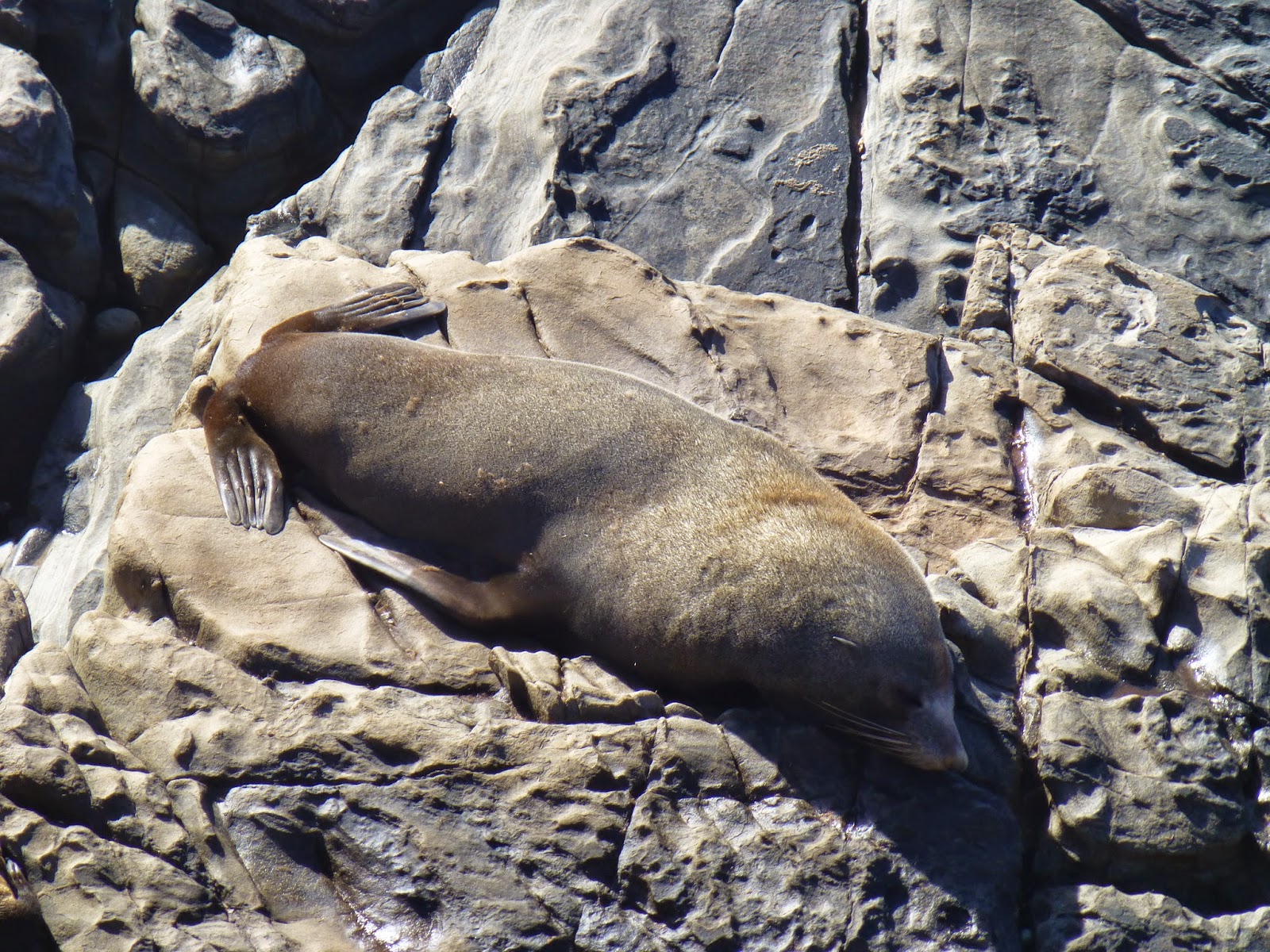 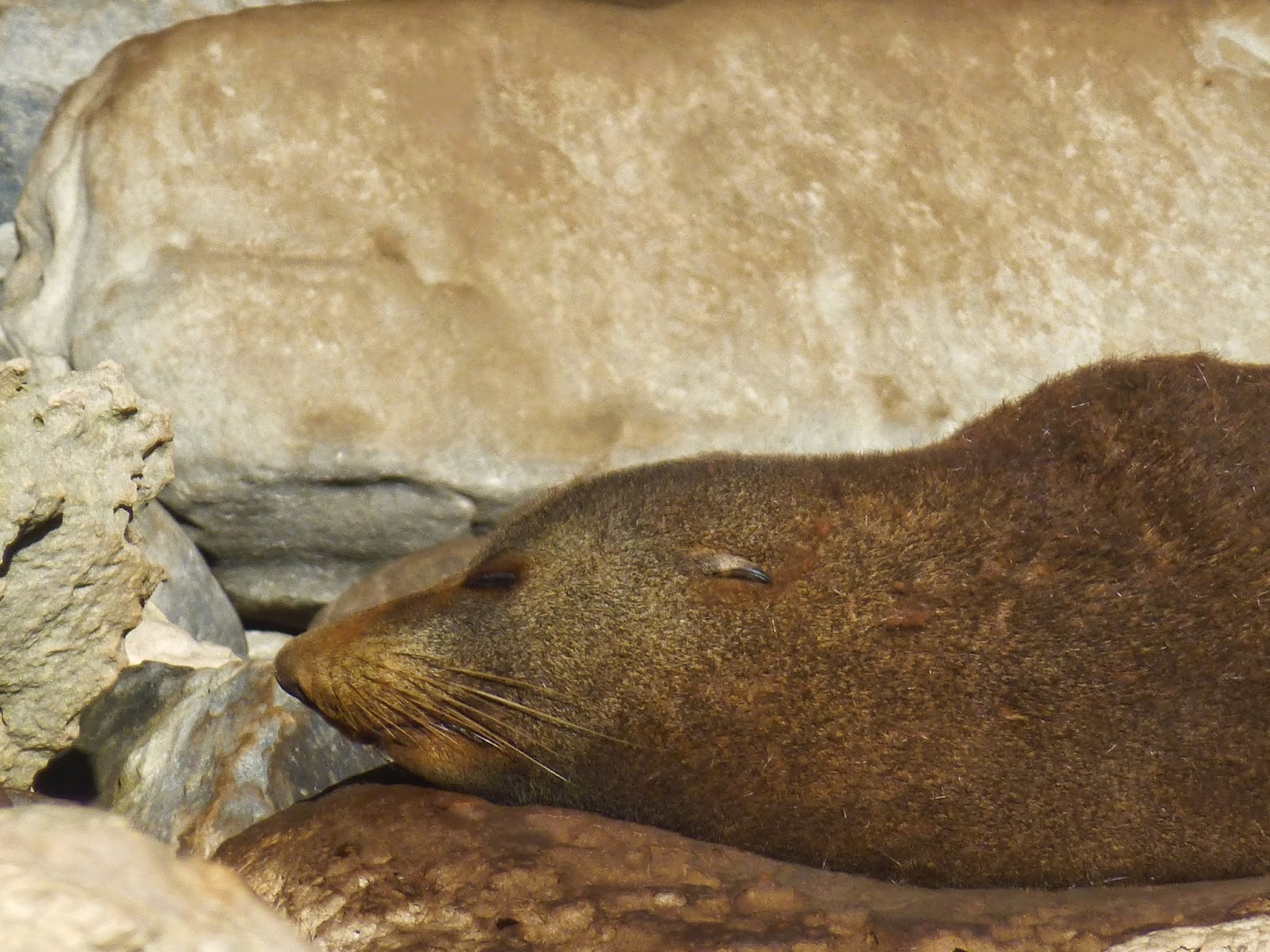 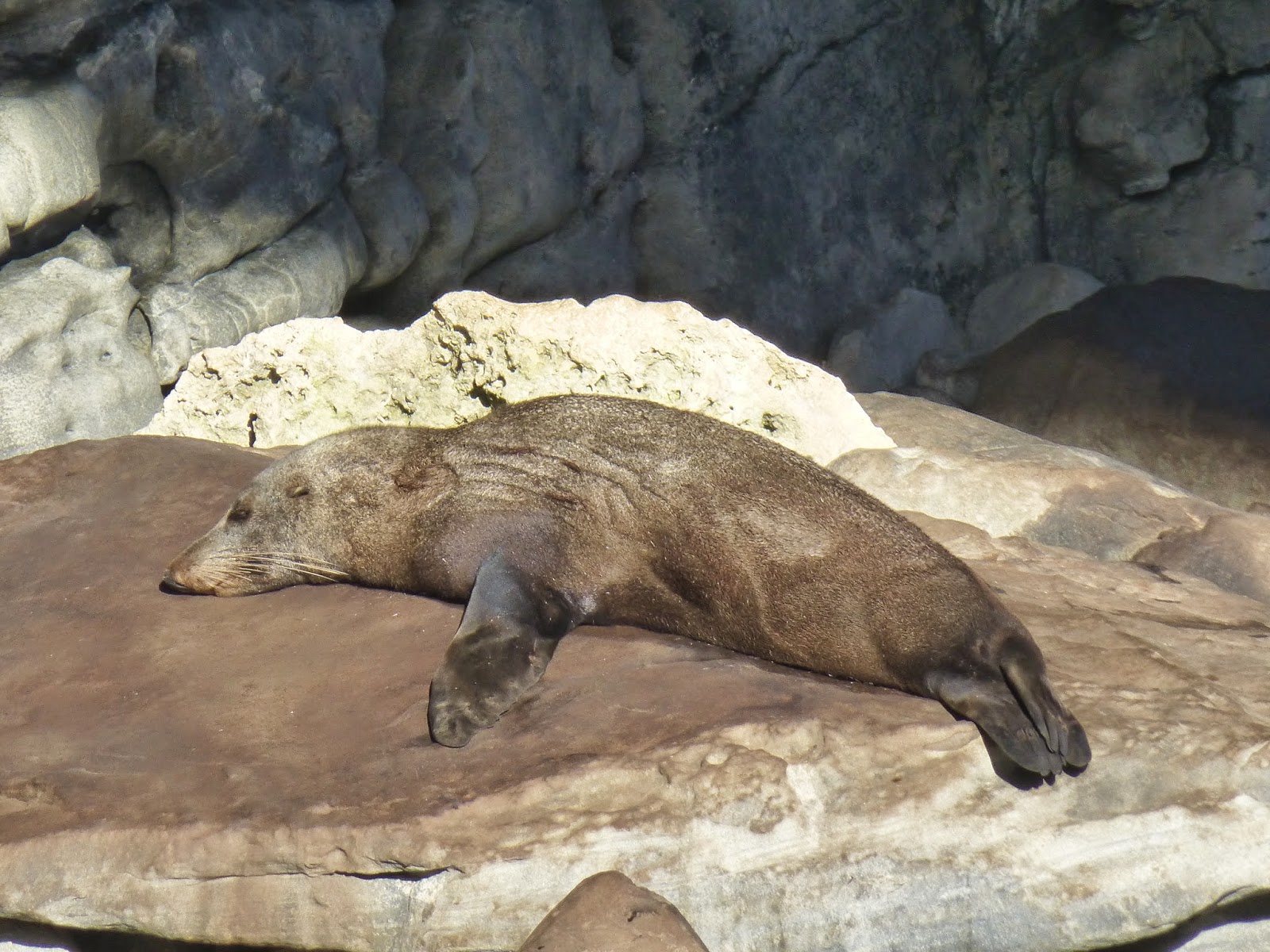 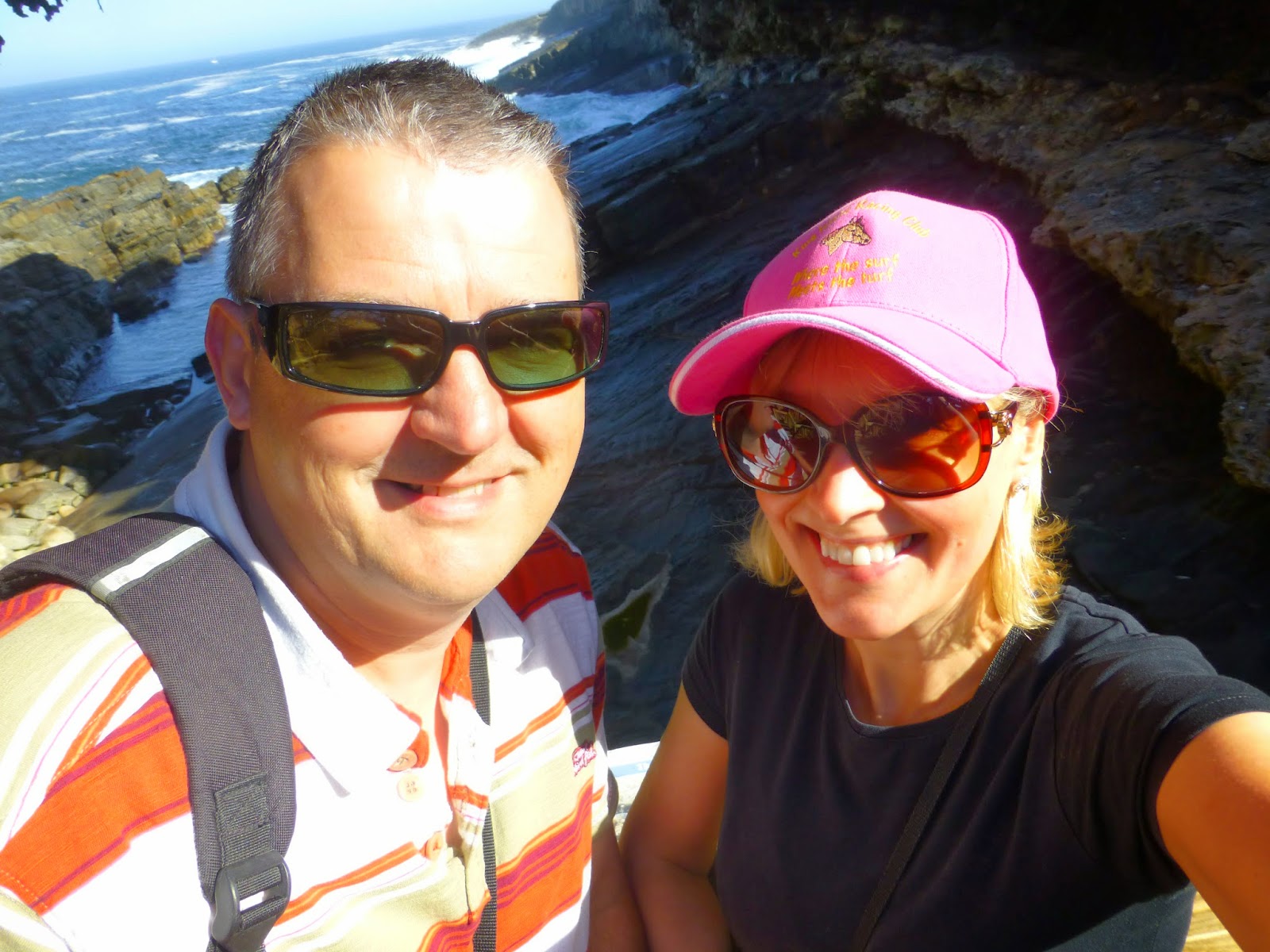 Back to Sir David, I was really excited to visit the Remarkable Rocks. I had seen them on one of his documentaries and they had left an impression on me. Never for one moment did I think that Hubster and I would be so lucky to see them for real one day.

Perched high above the sea, these formidable, giant clusters of granite rock appear to be precariously balanced. 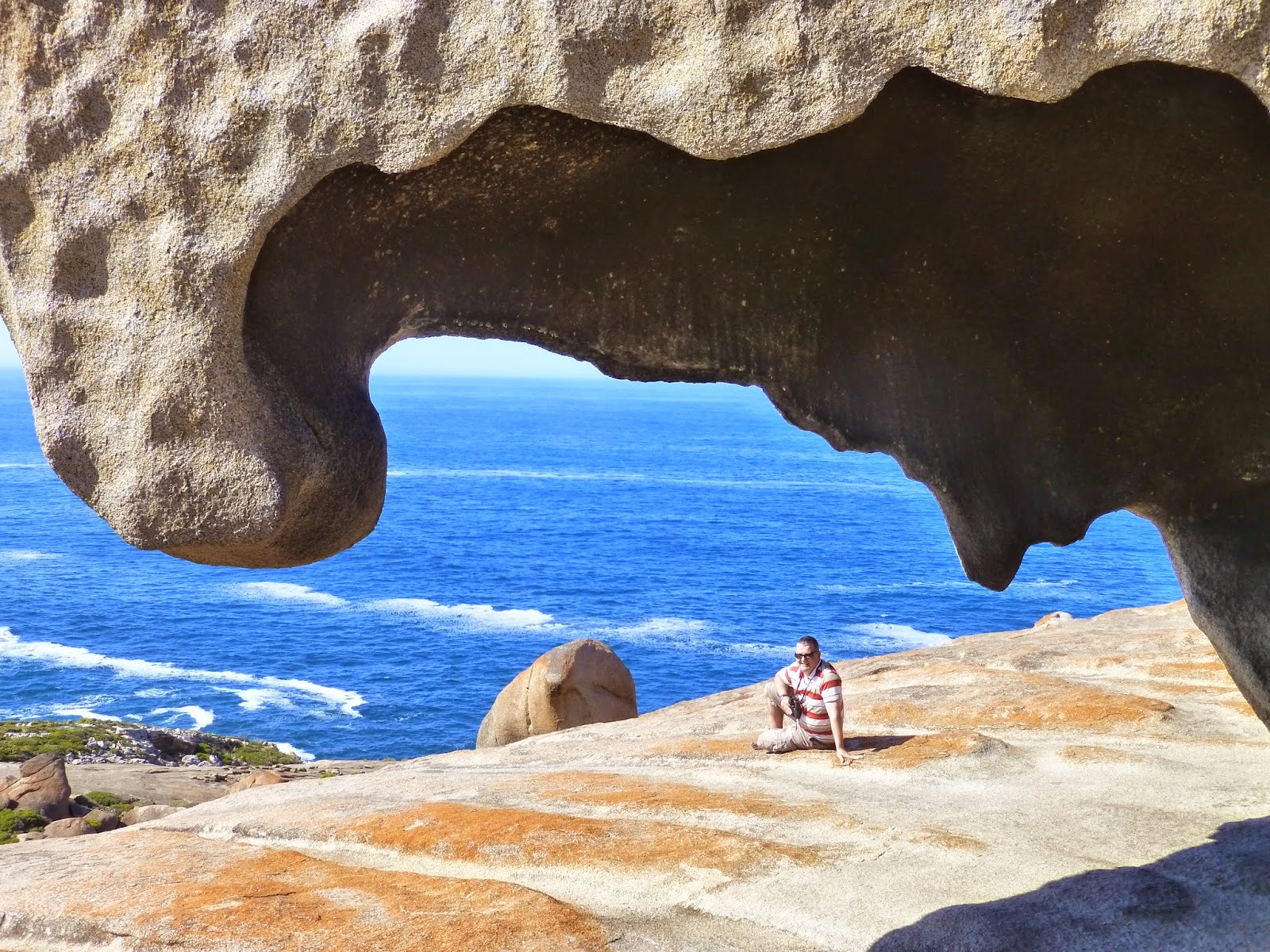 This stunning work of nature has been shaped by the erosive forces of wind, sea spray and rain over some 500 million years. 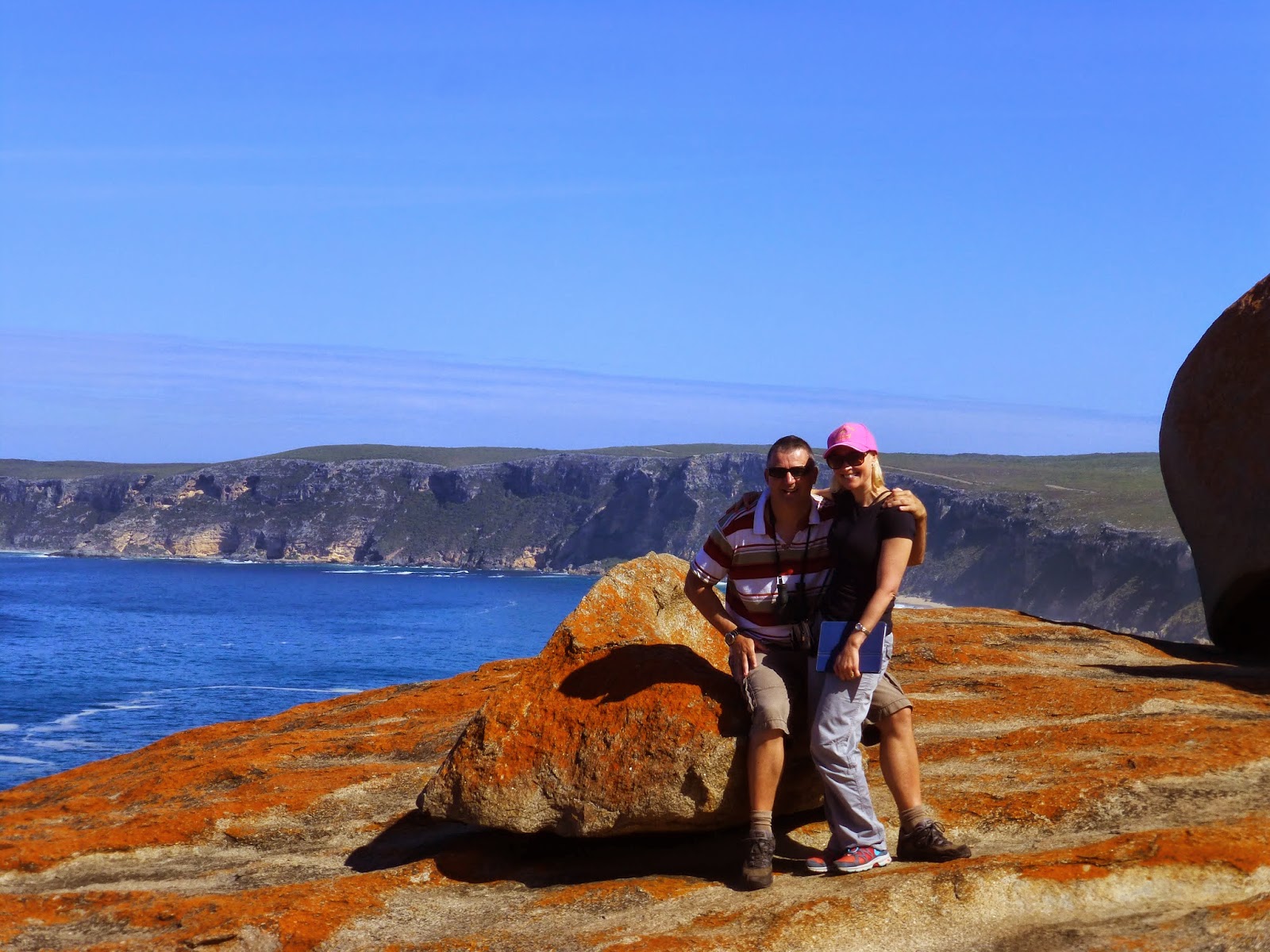 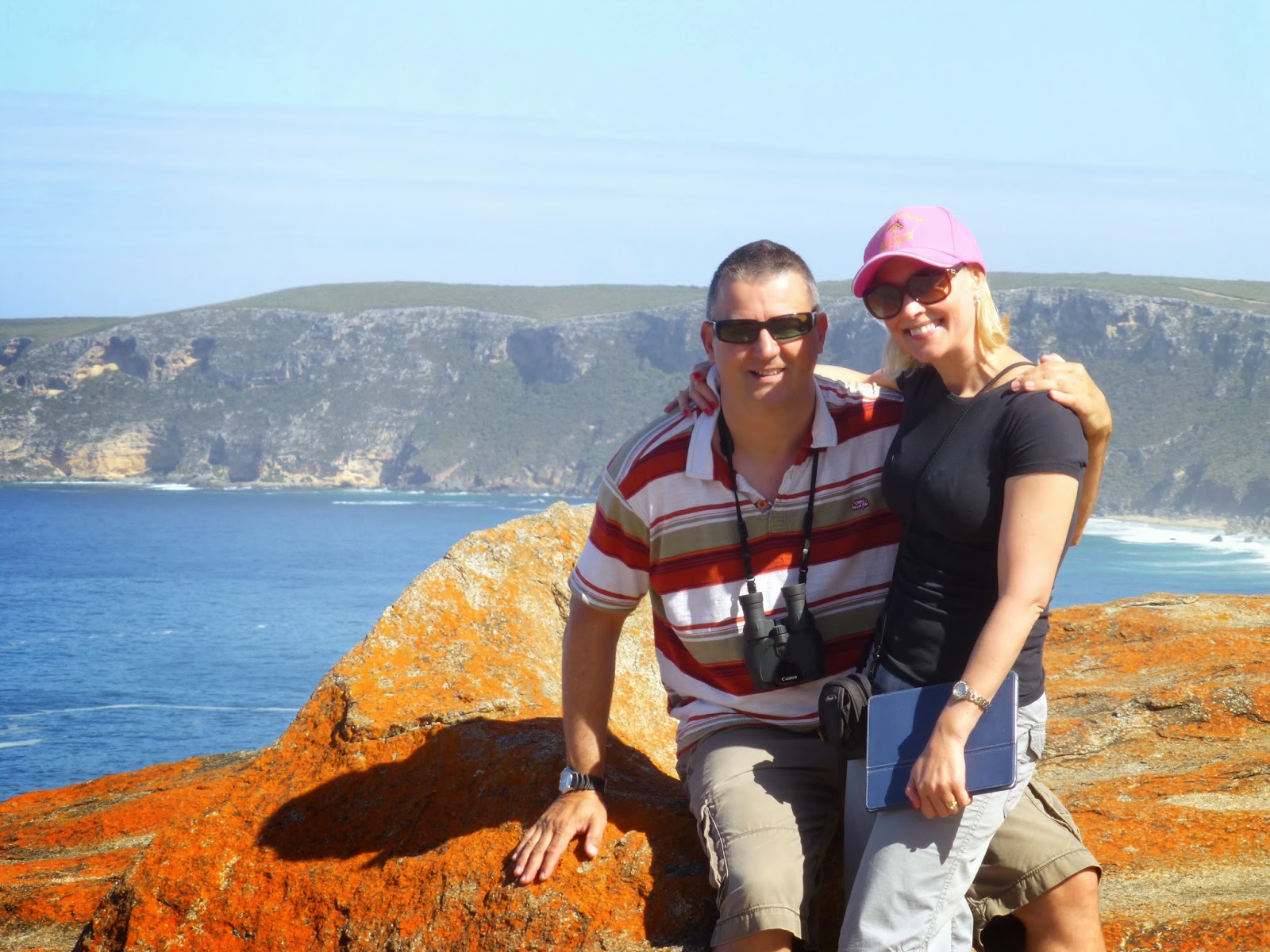 Covered in orangey gold lichen, the rocks looked glorious against the blue of the sea. However, they were not just visually beautiful, they had an amazingly uplifting energy about them.

This energy brought out the playful and frivolous in us both. We were both so joyous in those moment there. 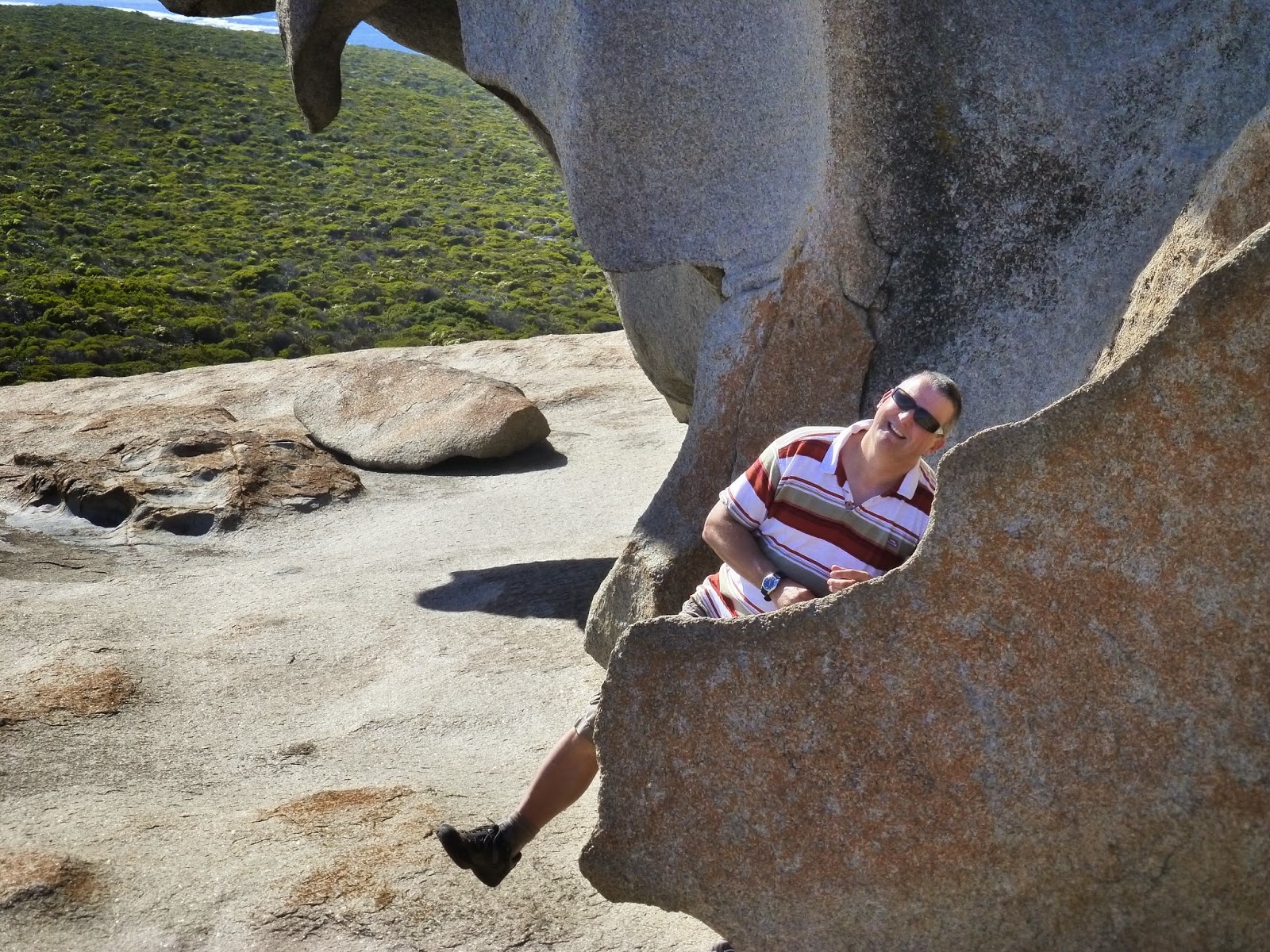 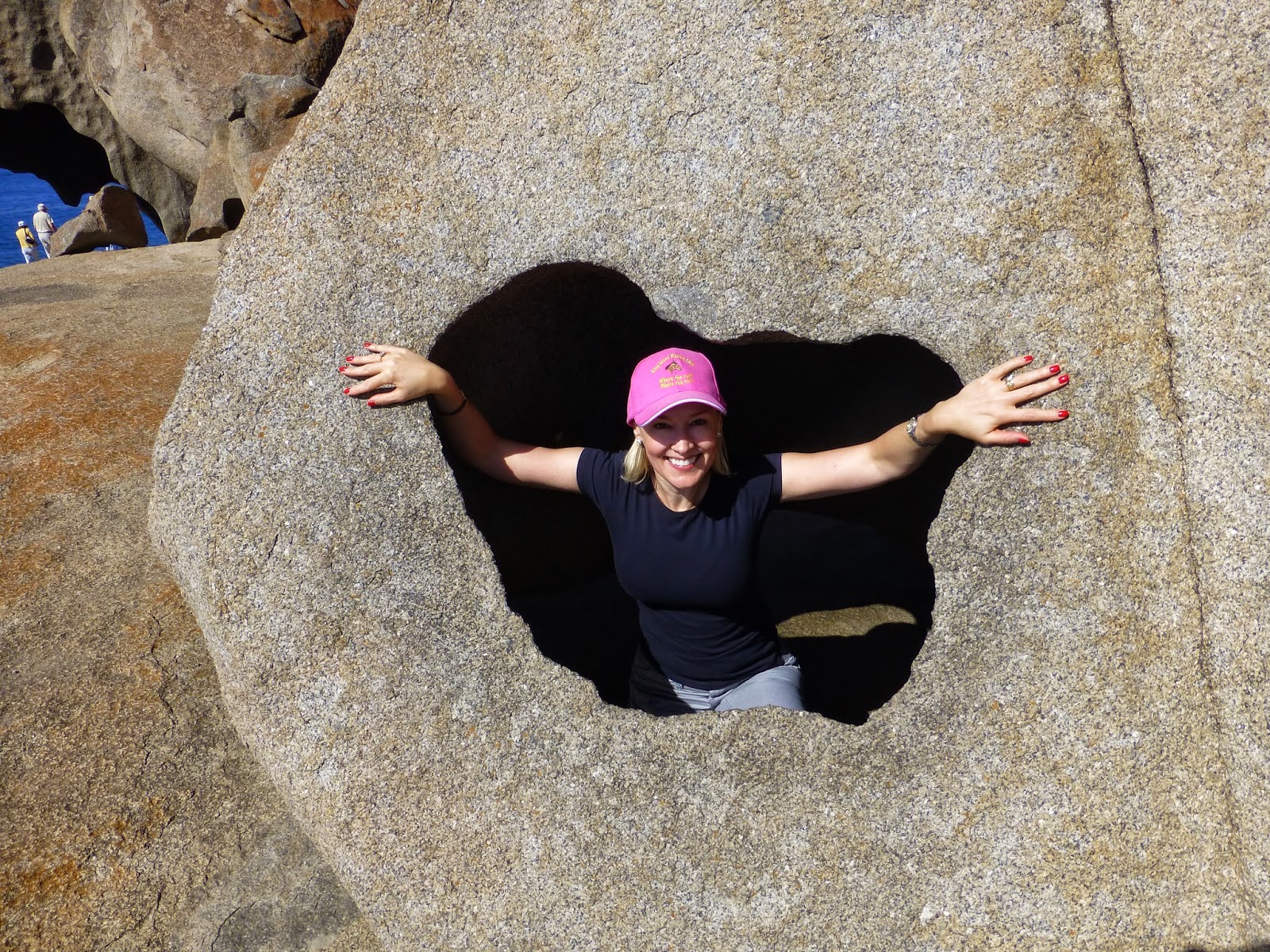 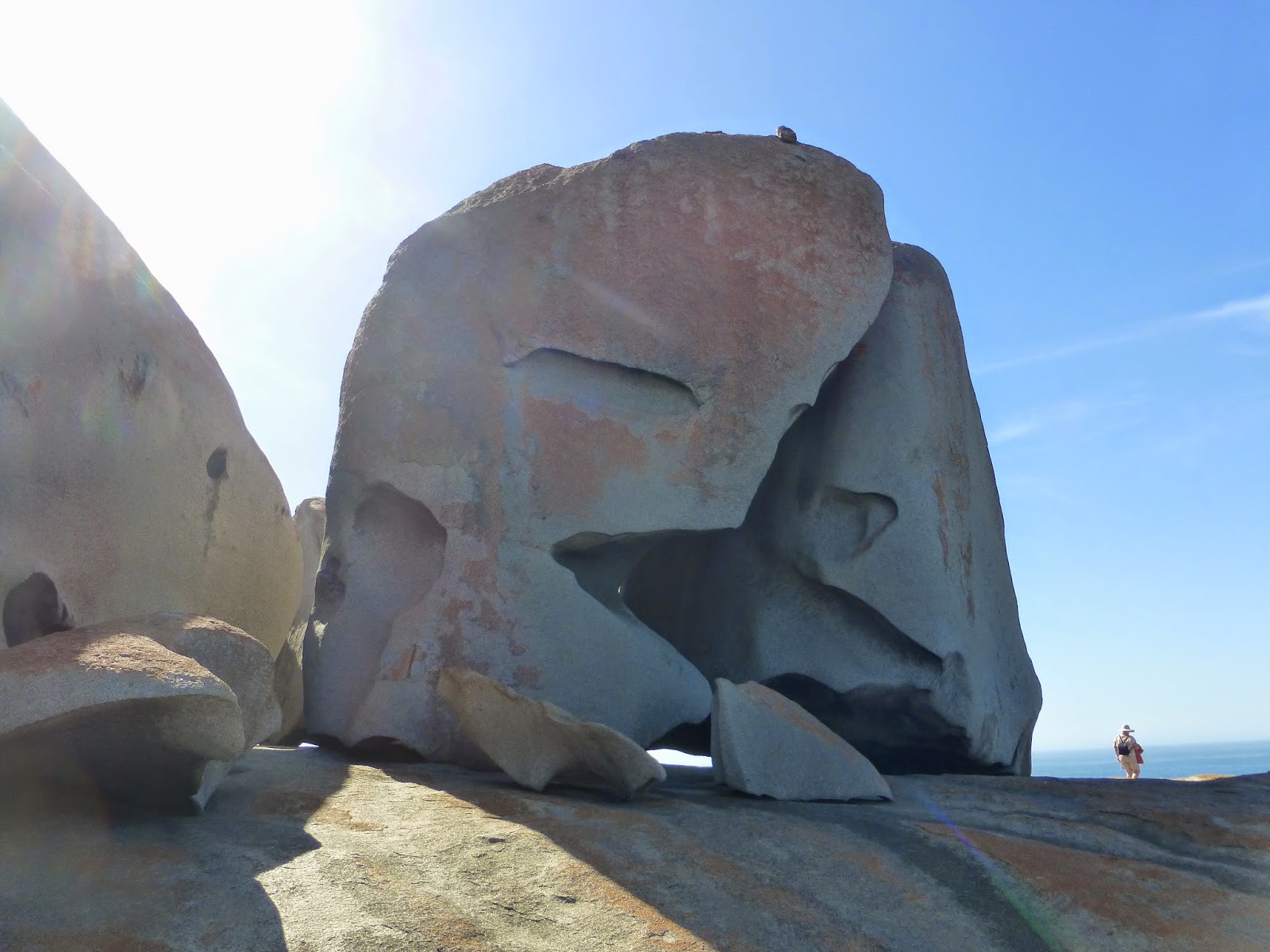 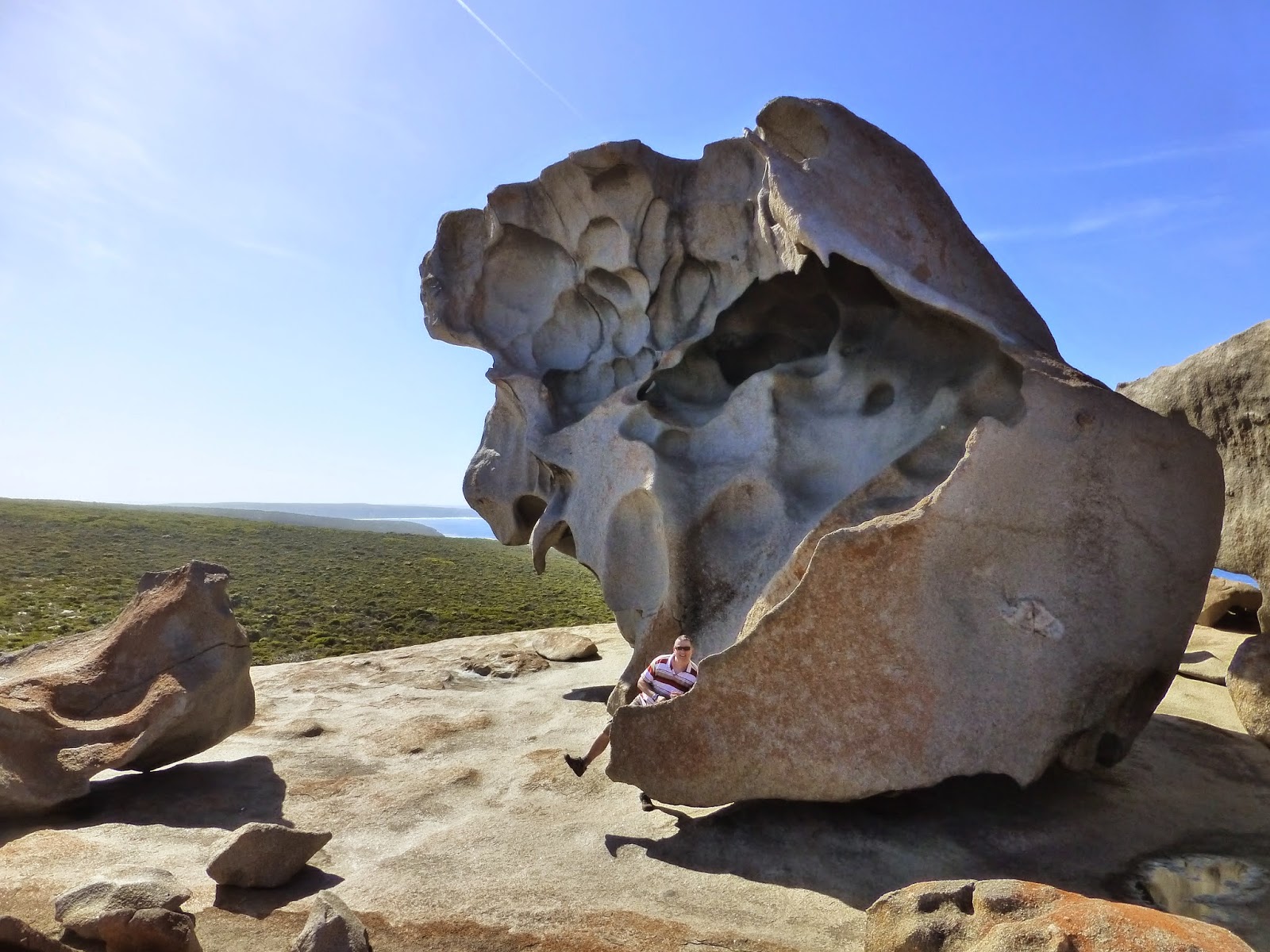 Whoever named them the Remarkable Rocks couldn't have chosen better.
On our drive back from the Flinders Ranges we stopped in a clearing that was full of Eucalyptus trees.
So what?
Surely they are everywhere. Well yes they are but this particular variety is the gourmet favourite of the cuddliest marsupials ever and we fancied our chances at spotting a few.
It was our lucky day. Our first sighting of Koalas in the wild, just magic.
Enjoy. 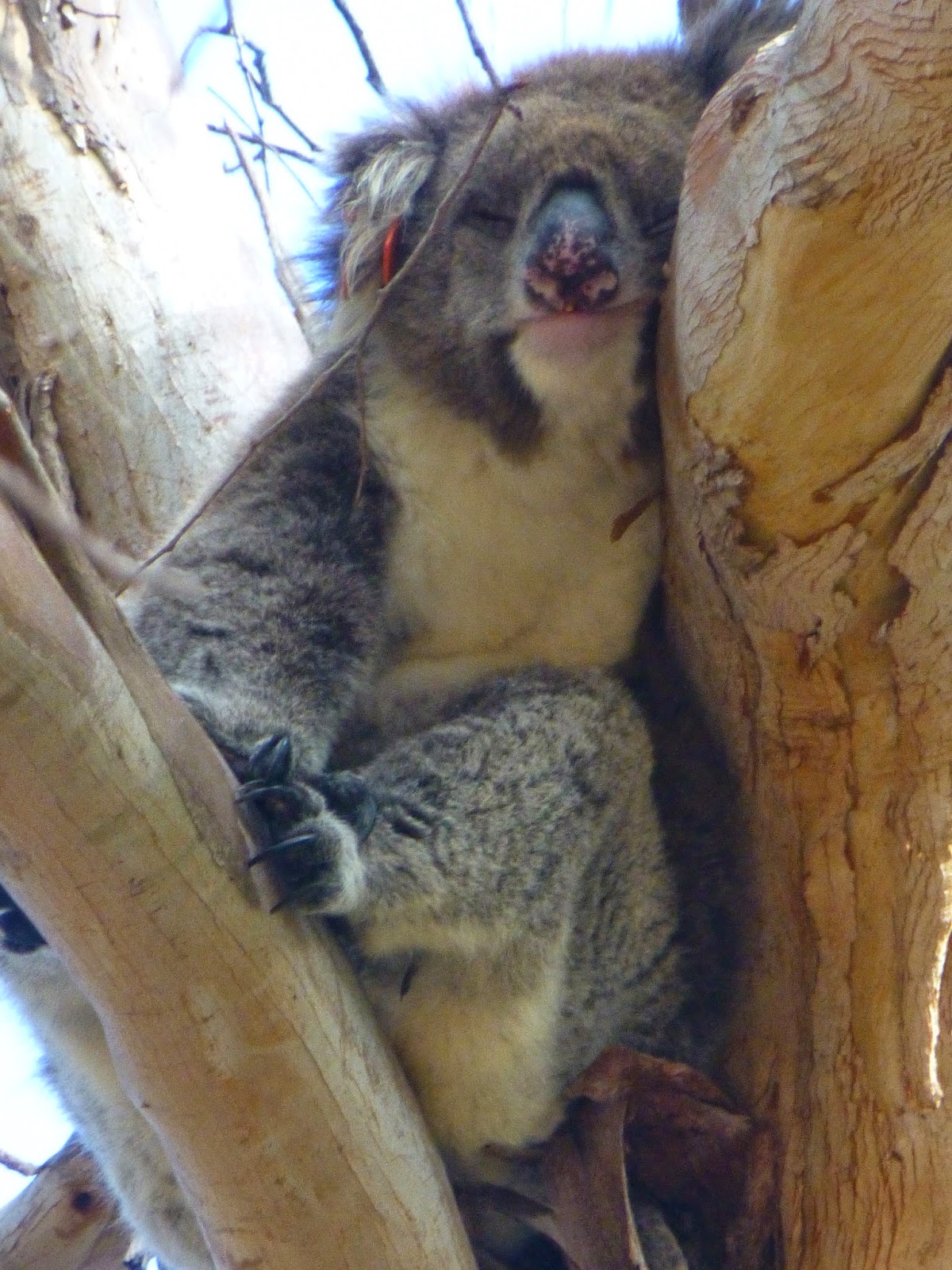 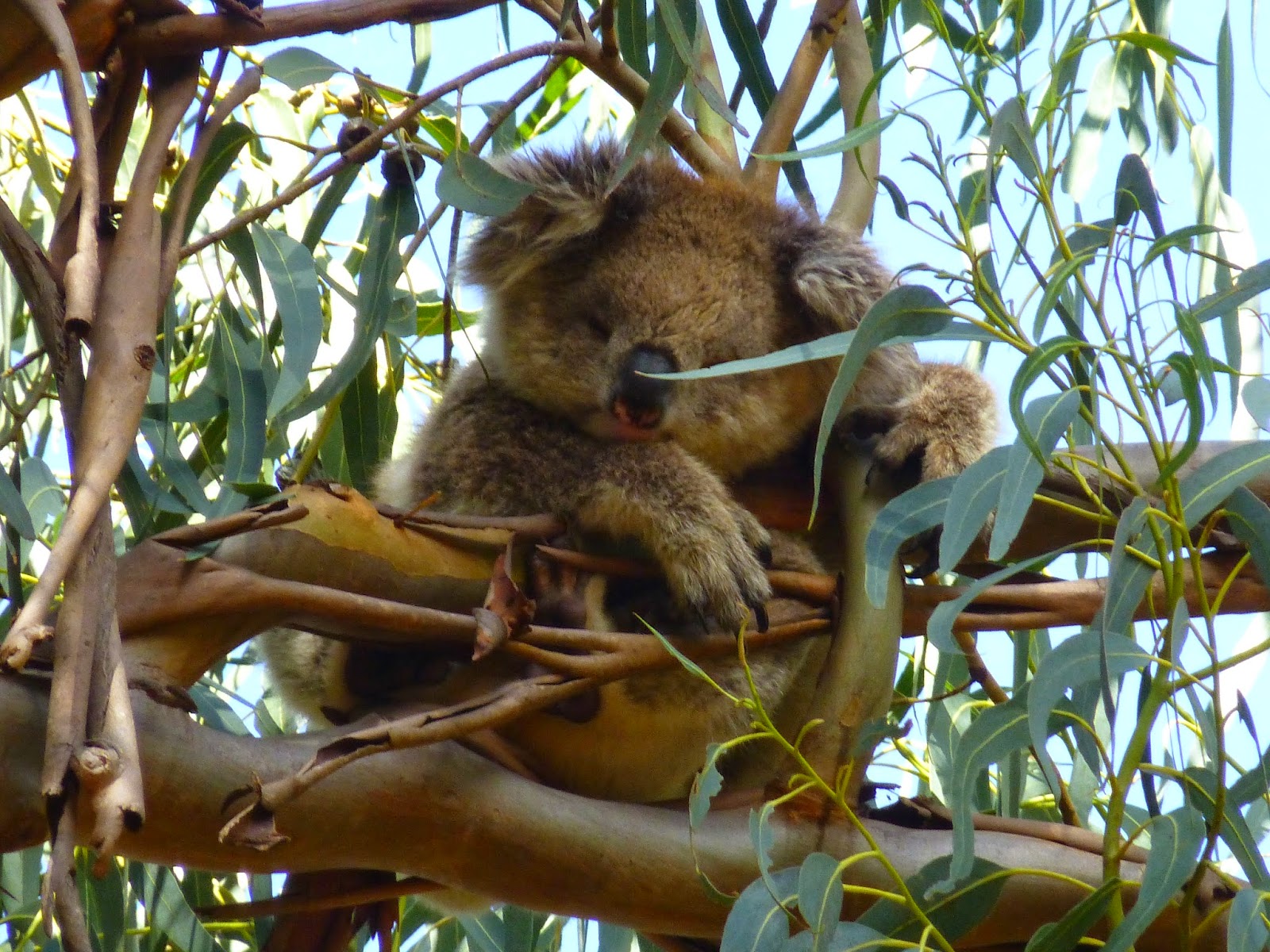 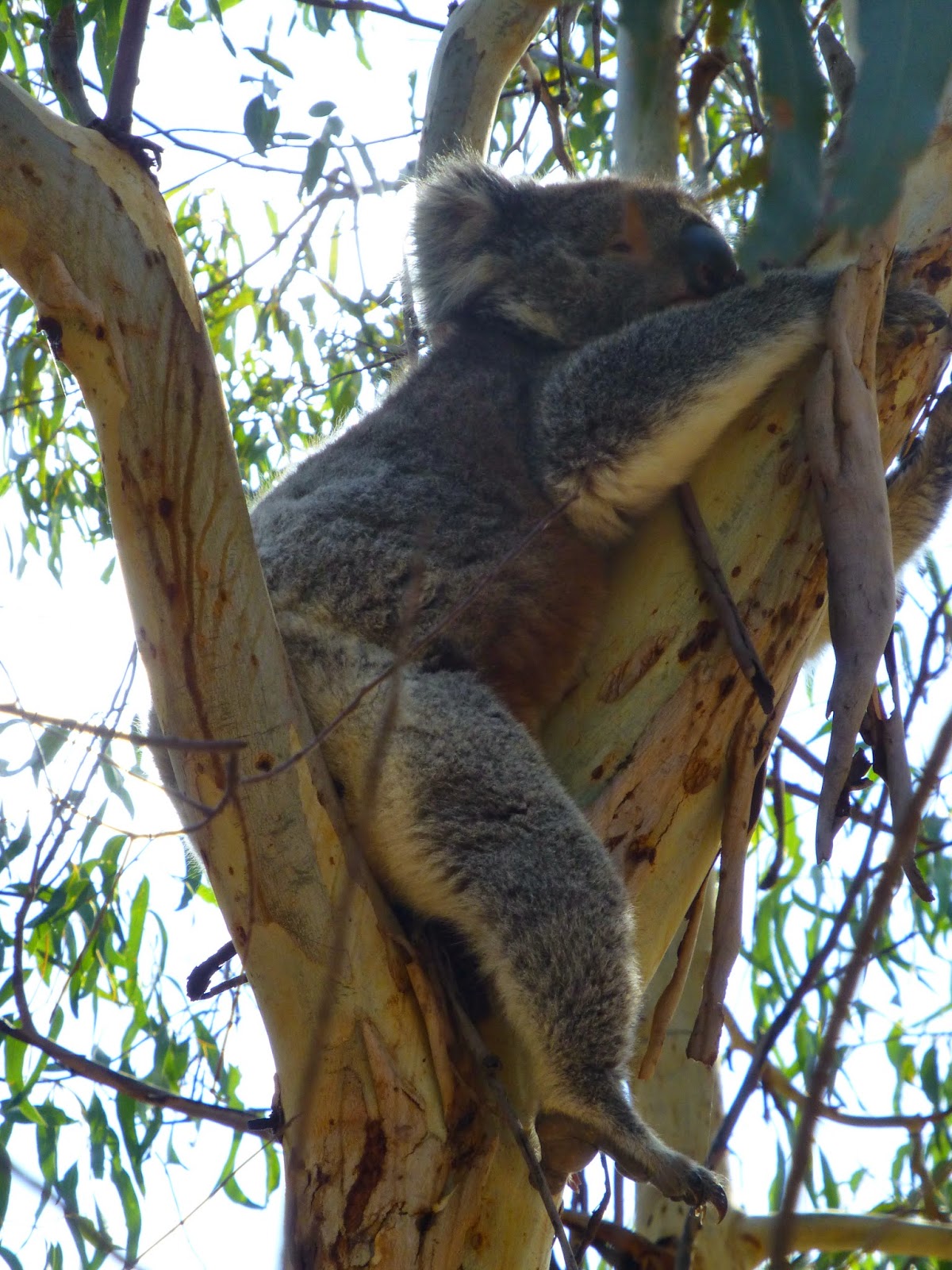 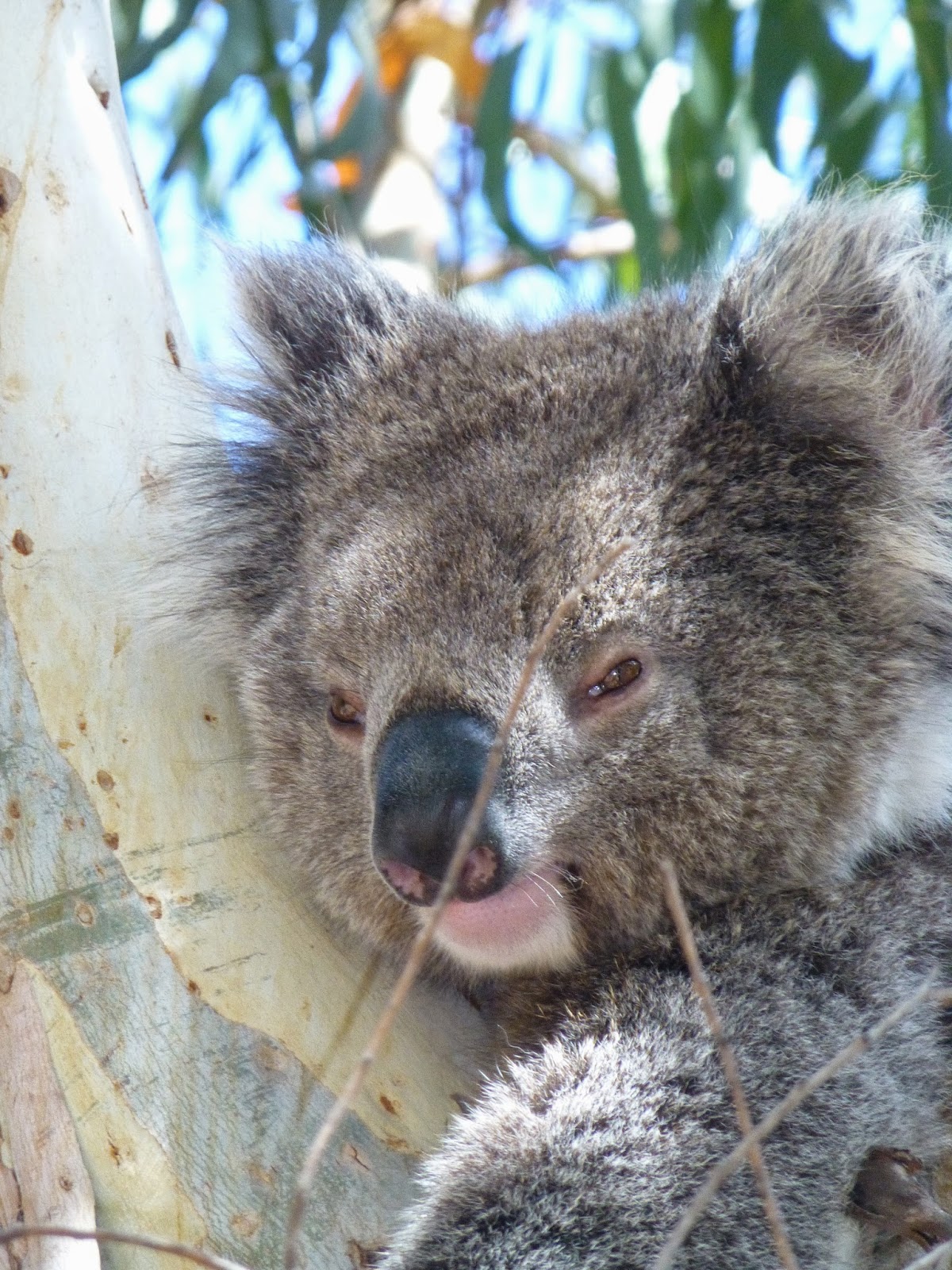 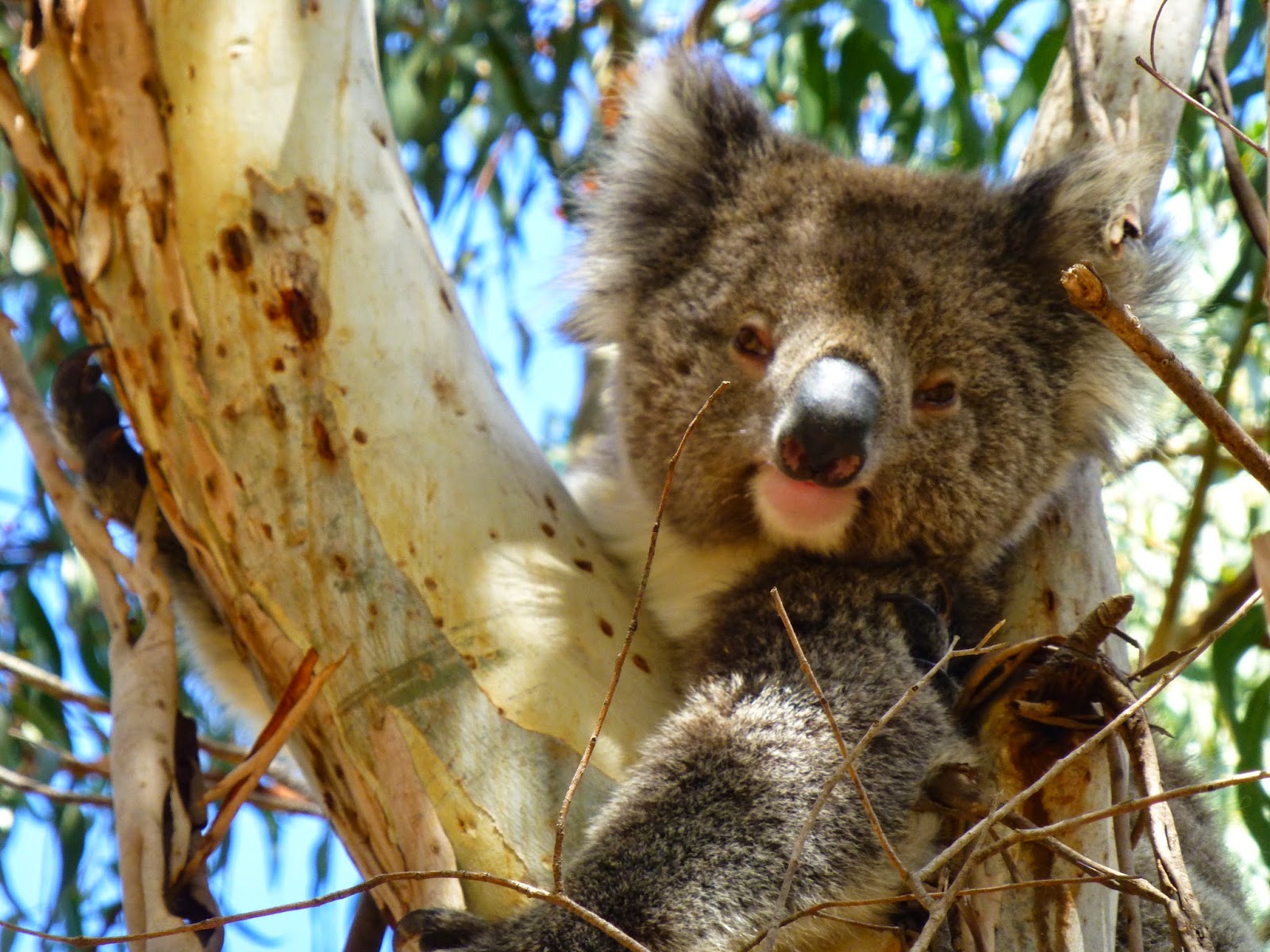 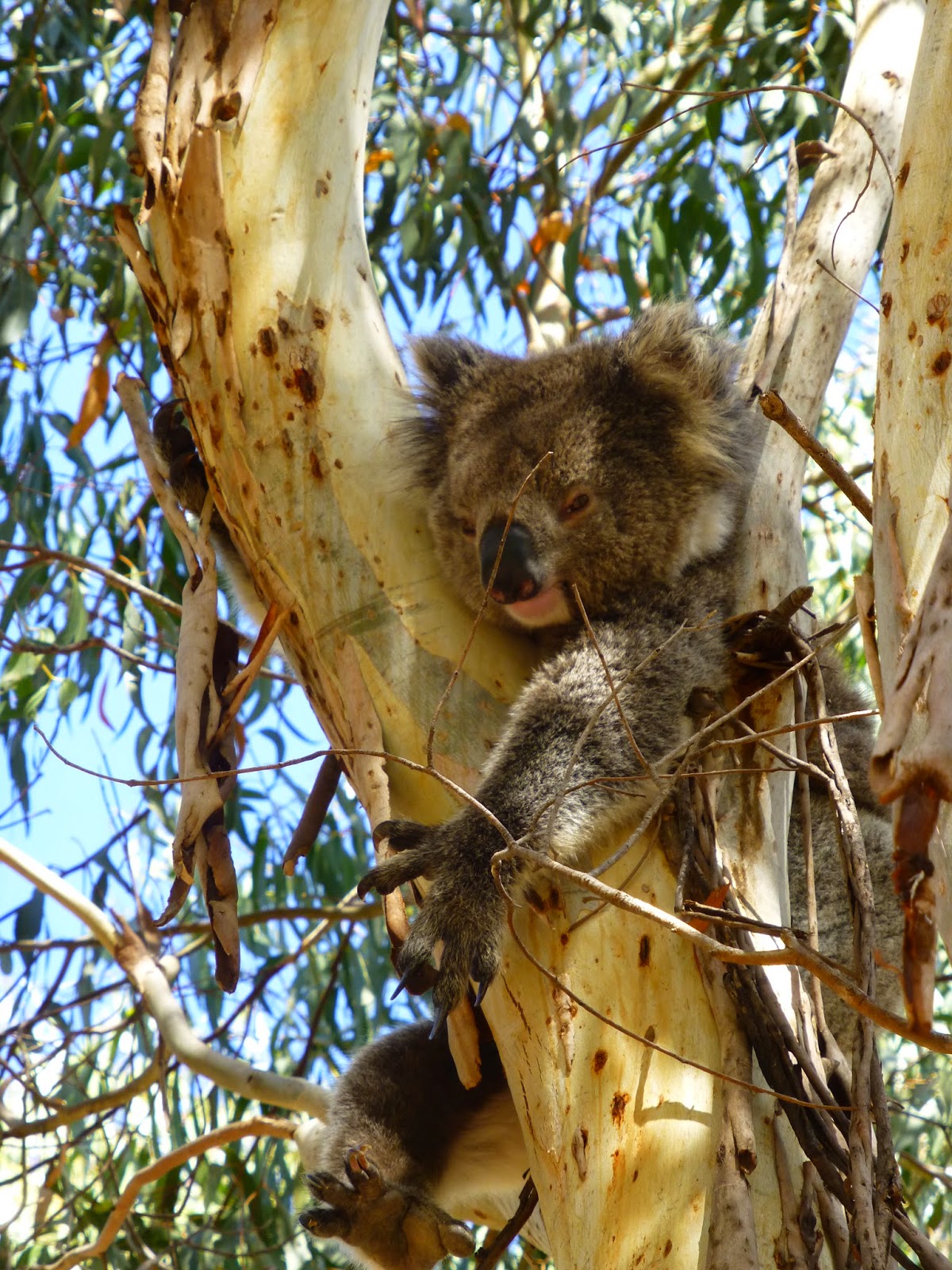 We were so thrilled to see them looking so healthy and content and with over 15,000 on the island, they are positively thriving. 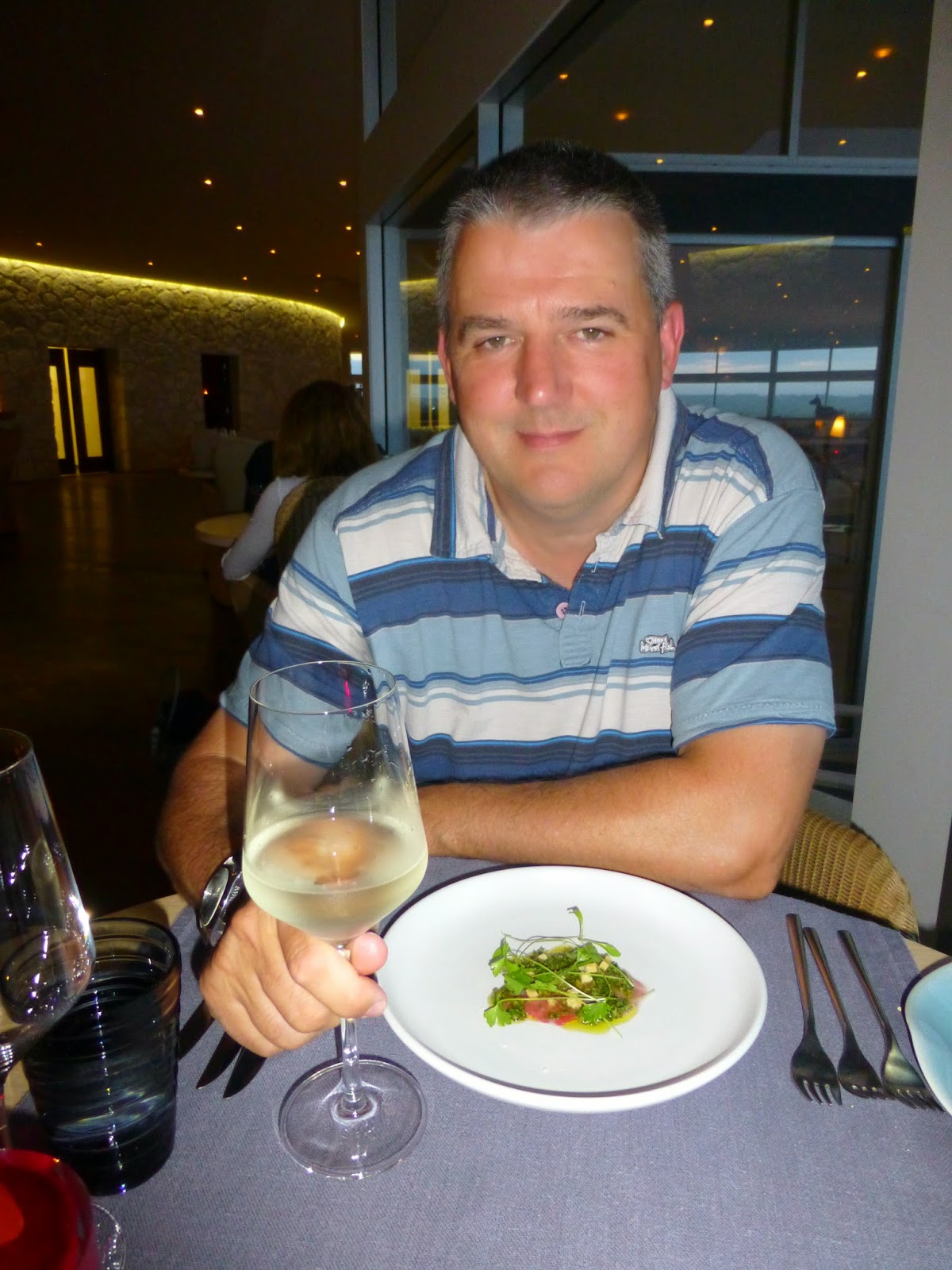 At the end of the day, with plates of delicious food and glasses of delectable wine, we had plenty to reflect on. 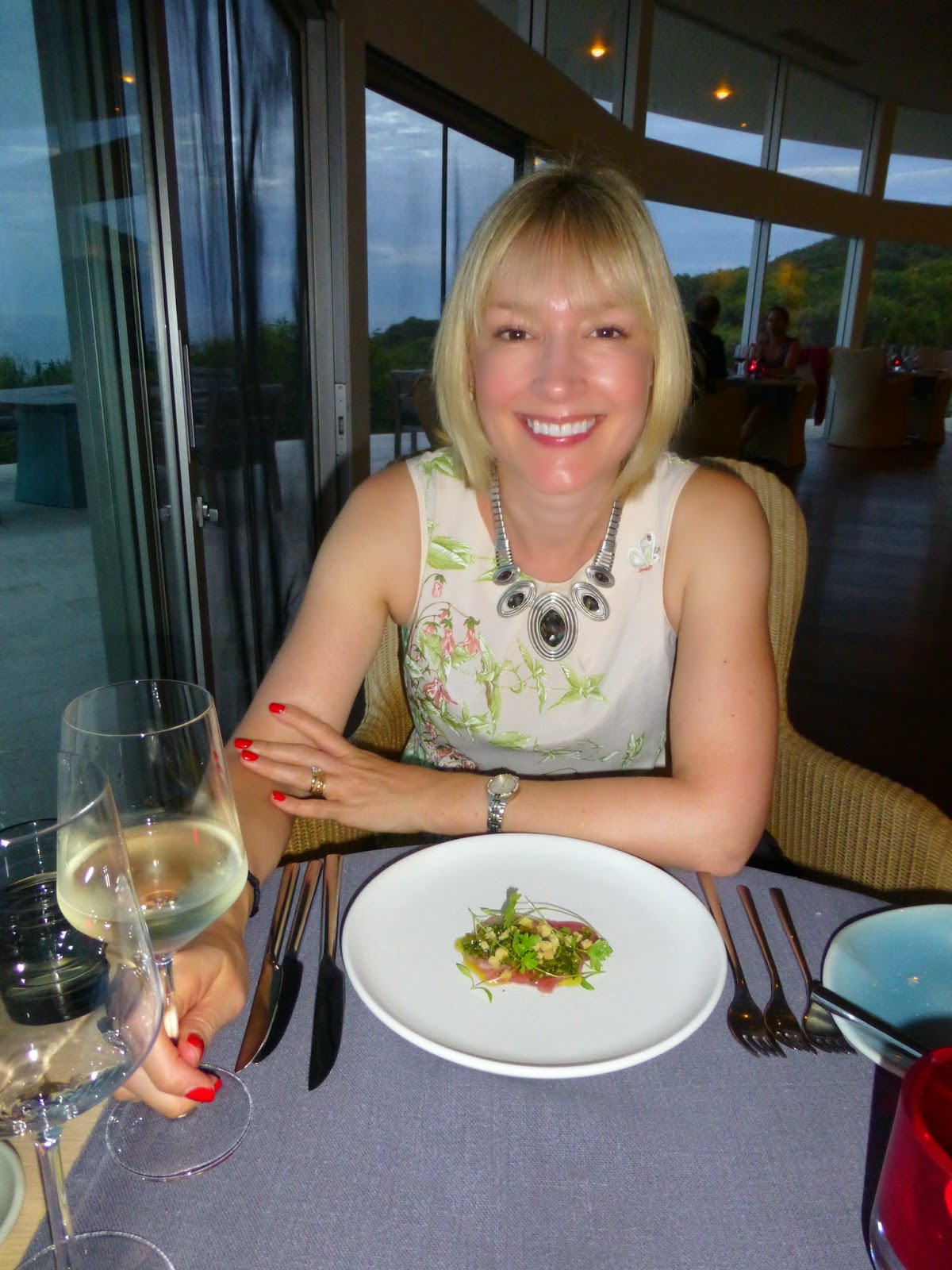