We were staying in the south of the island. There the coast line was rugged and the seas powerful and unyielding.

We were enjoying some really gorgeous late Summer weather so we decided to take a leisurely drive up to the North.

The landscape was quite different, rolling and undulating then dropping away to hidden coves, bays and inlets. The sea was much calmer and conducive to all manner of beach activity. 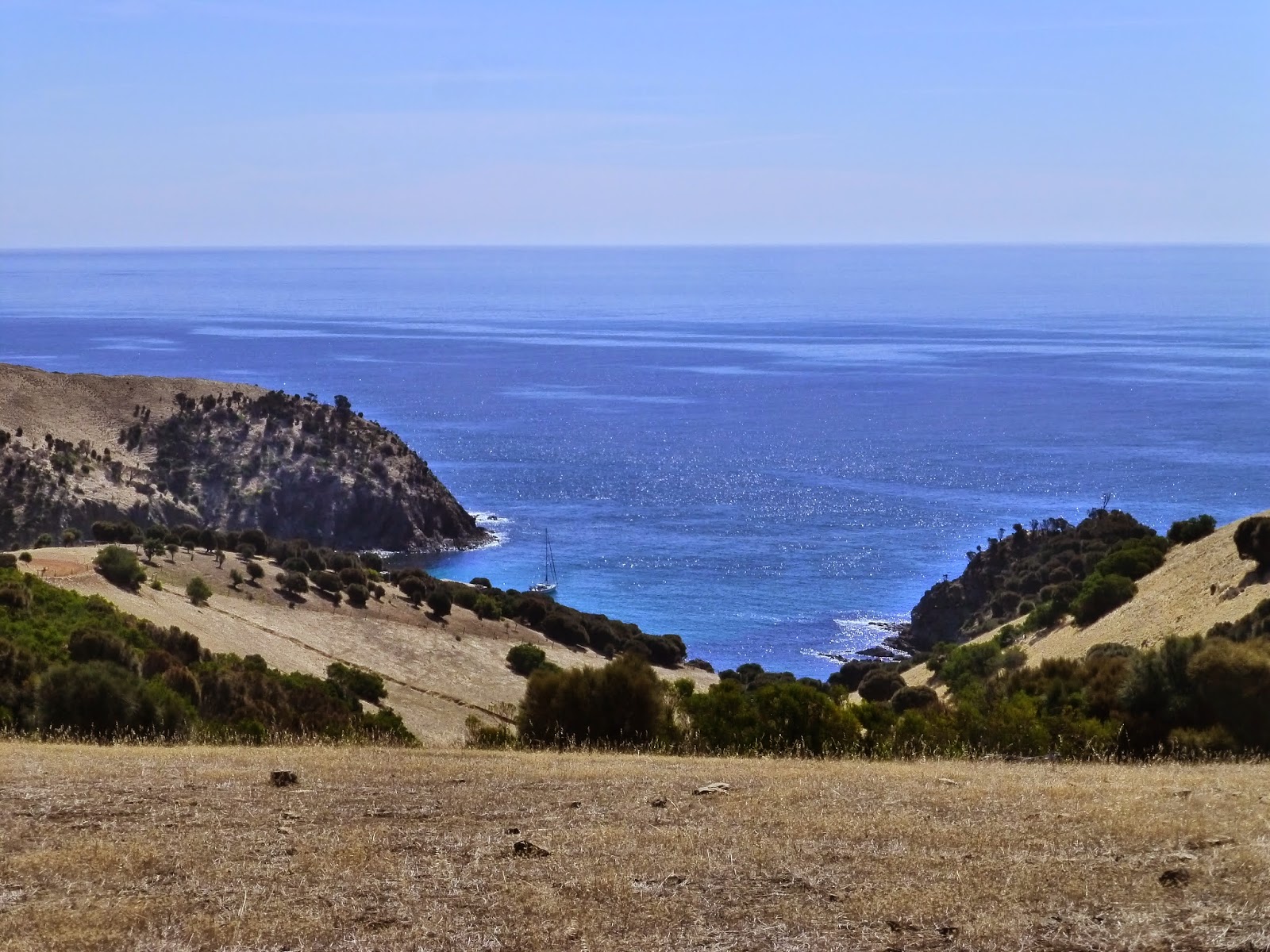 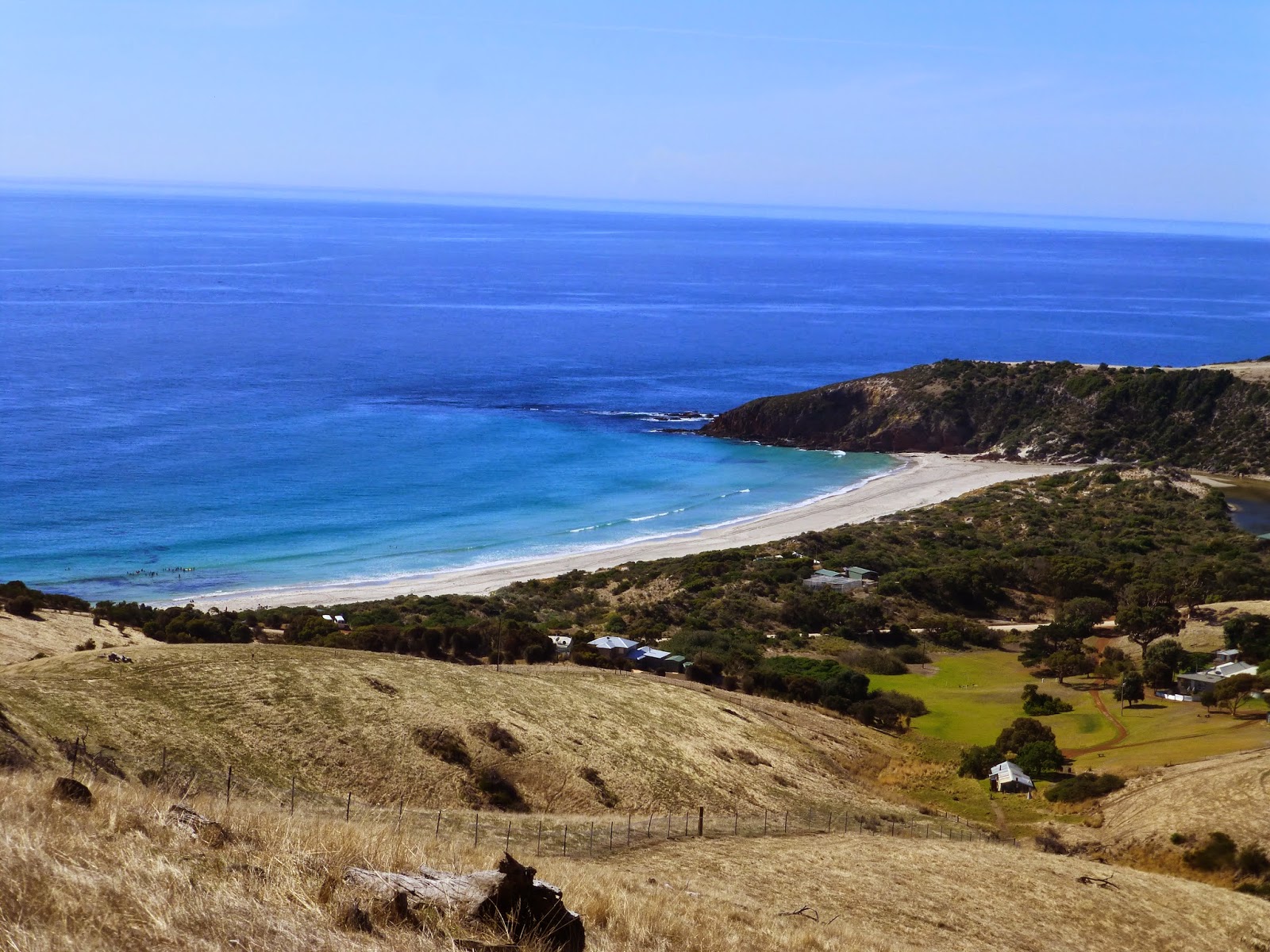 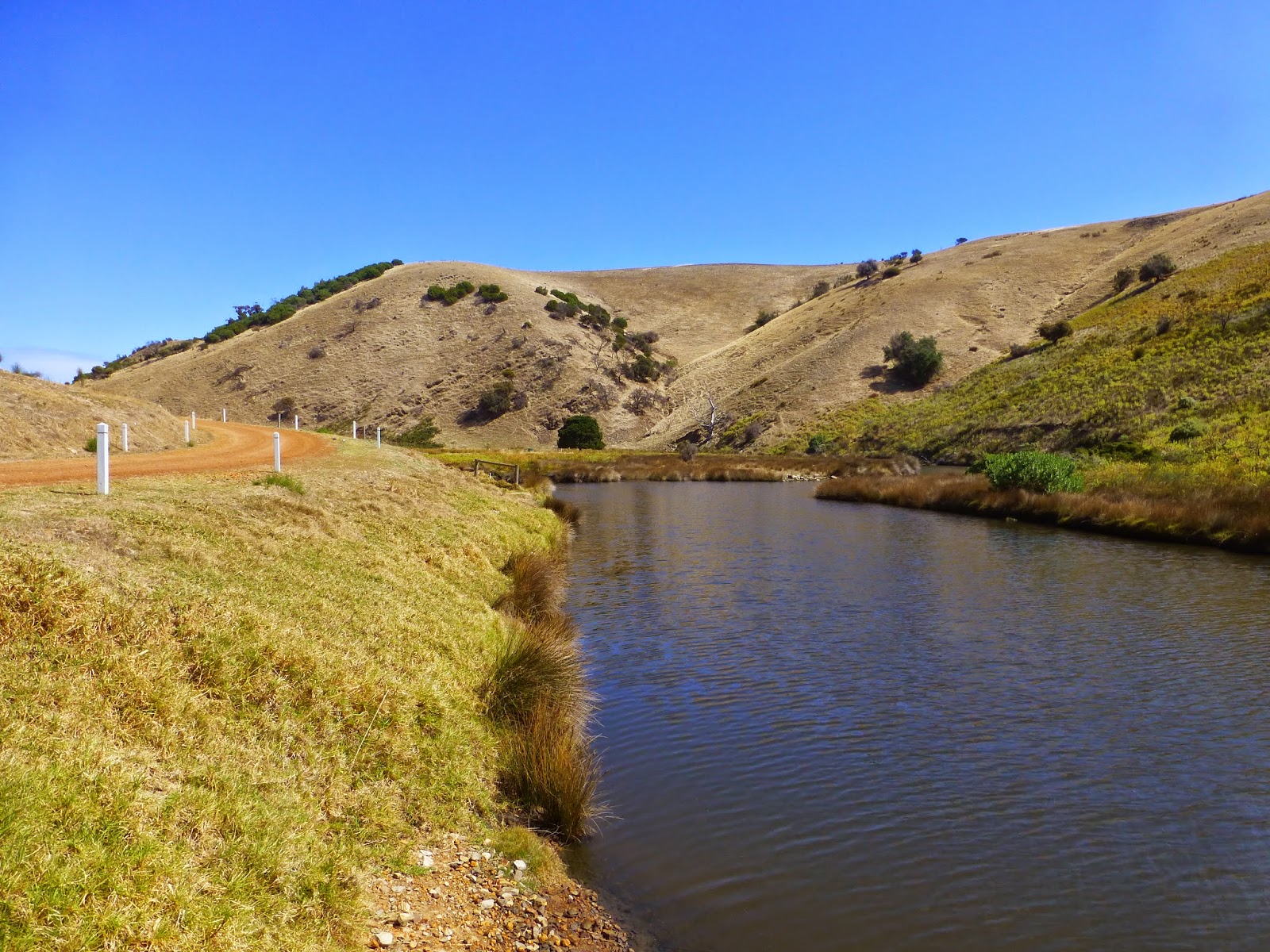 You will notice that the grass is brown, this is consistent with the whole of Australia by the end of the Summer months. The much needed rains of Autumn and Winter will soon bring the landscape back to life. 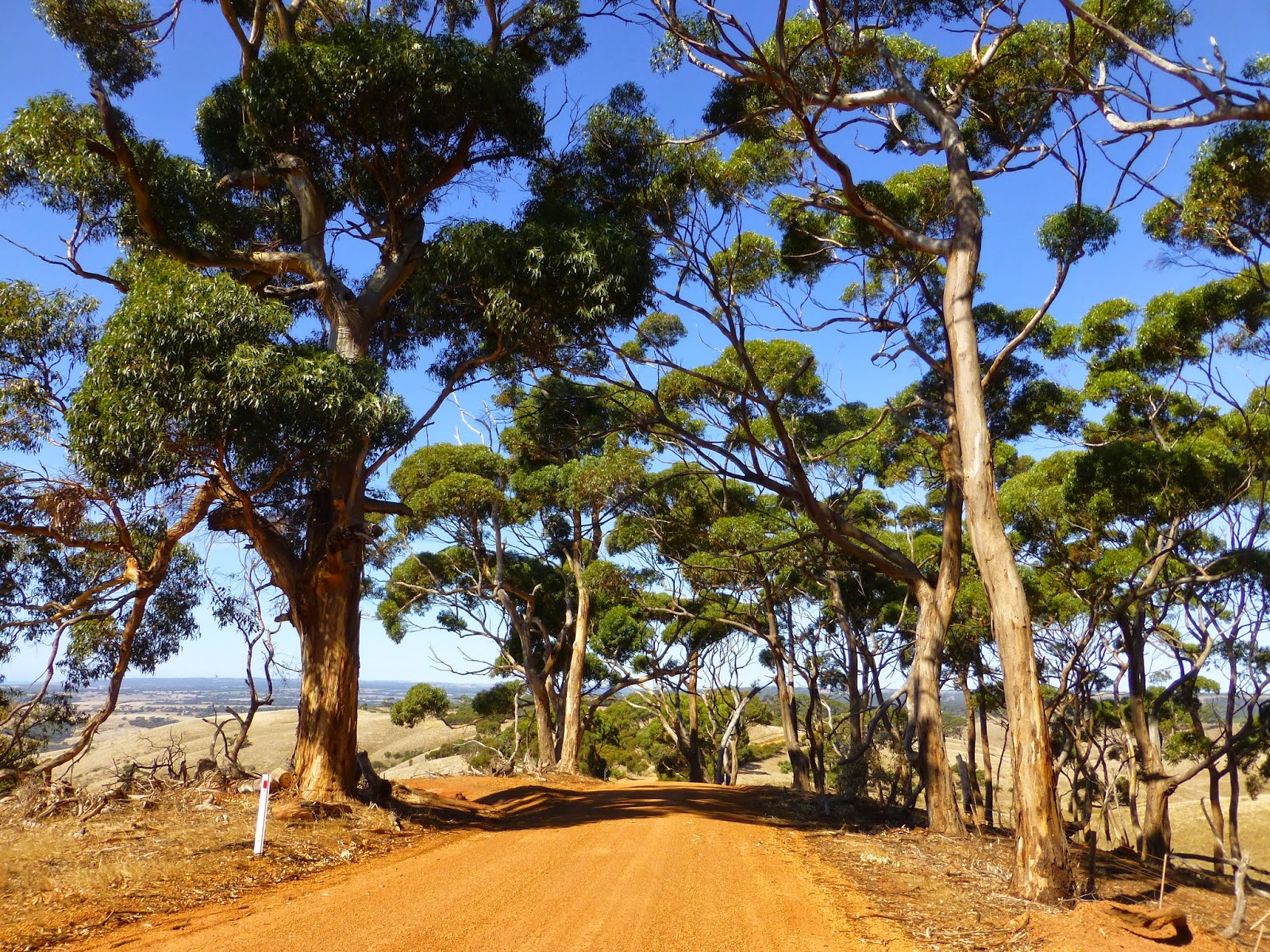 I absolutely adore this photo. To me it depicts the essence of Australia, bright blue sky, red dirt roads, all flanked by huge gum trees (Eucalyptus).
This particular beach was so well hidden that we had to scramble through a network of rock and boulders to reach it. Hubster just about squeezed through some of the tighter gaps but it was all worth the clambering to paddle in the cool waters of this gem of a beach. 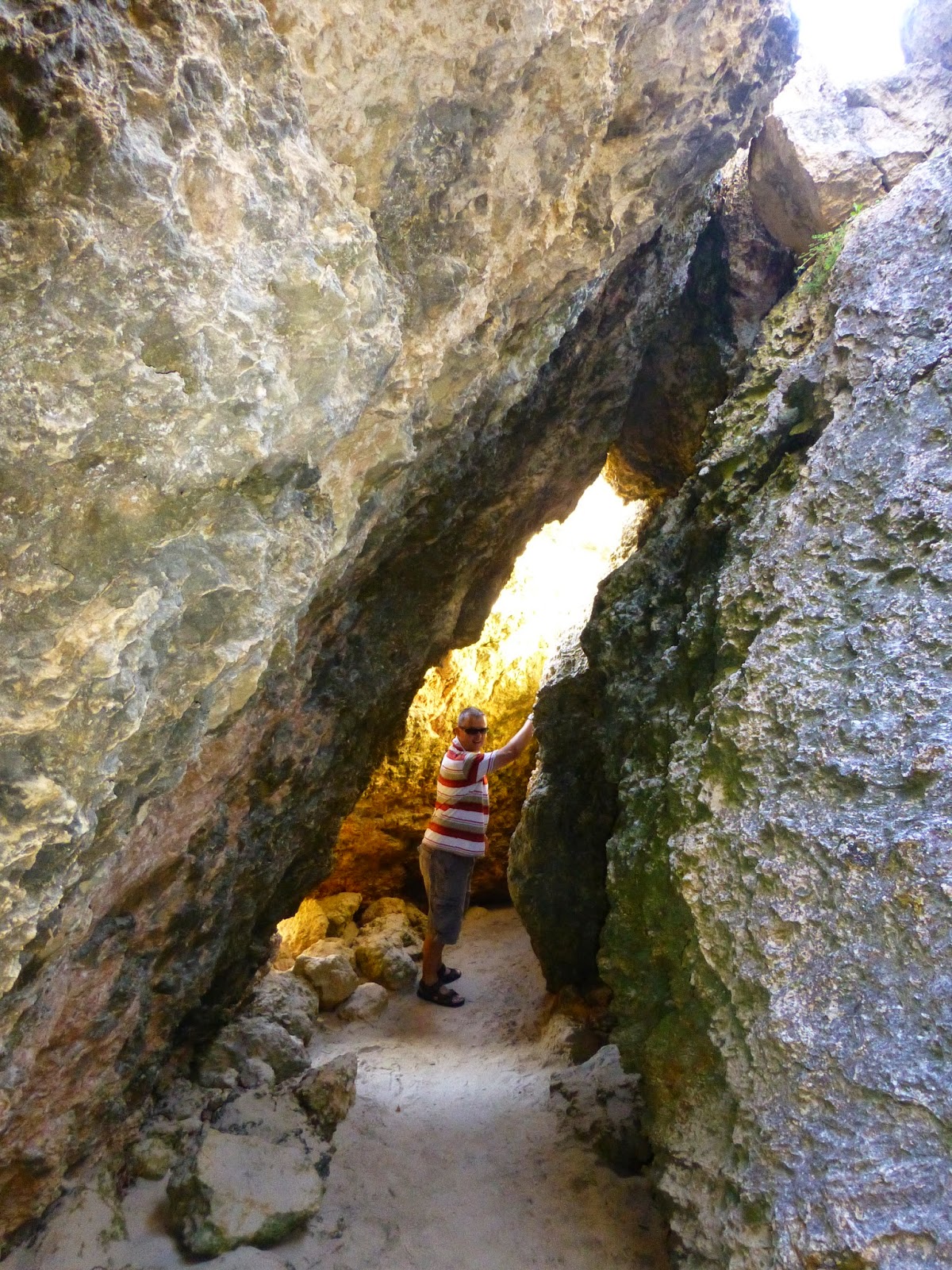 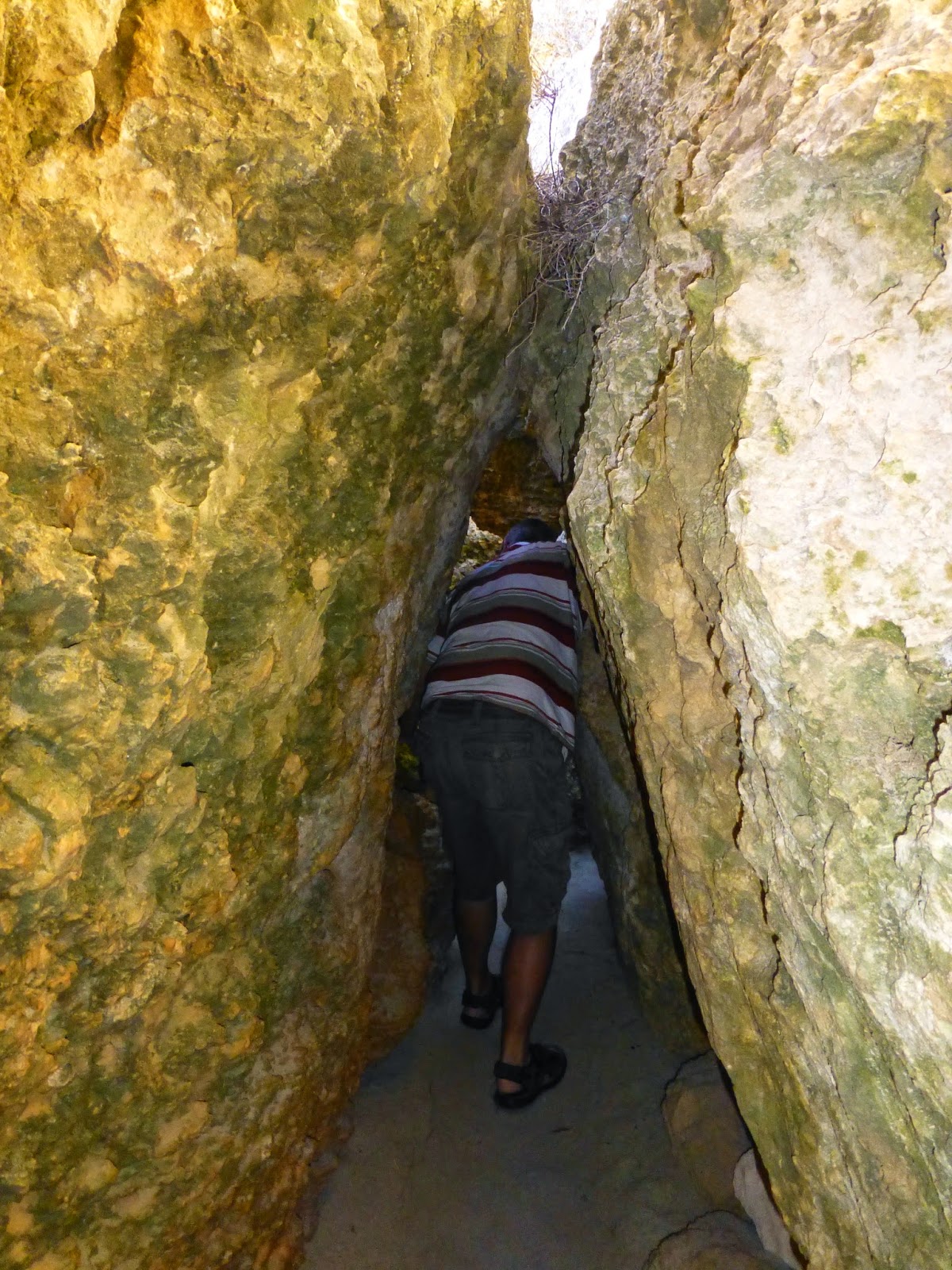 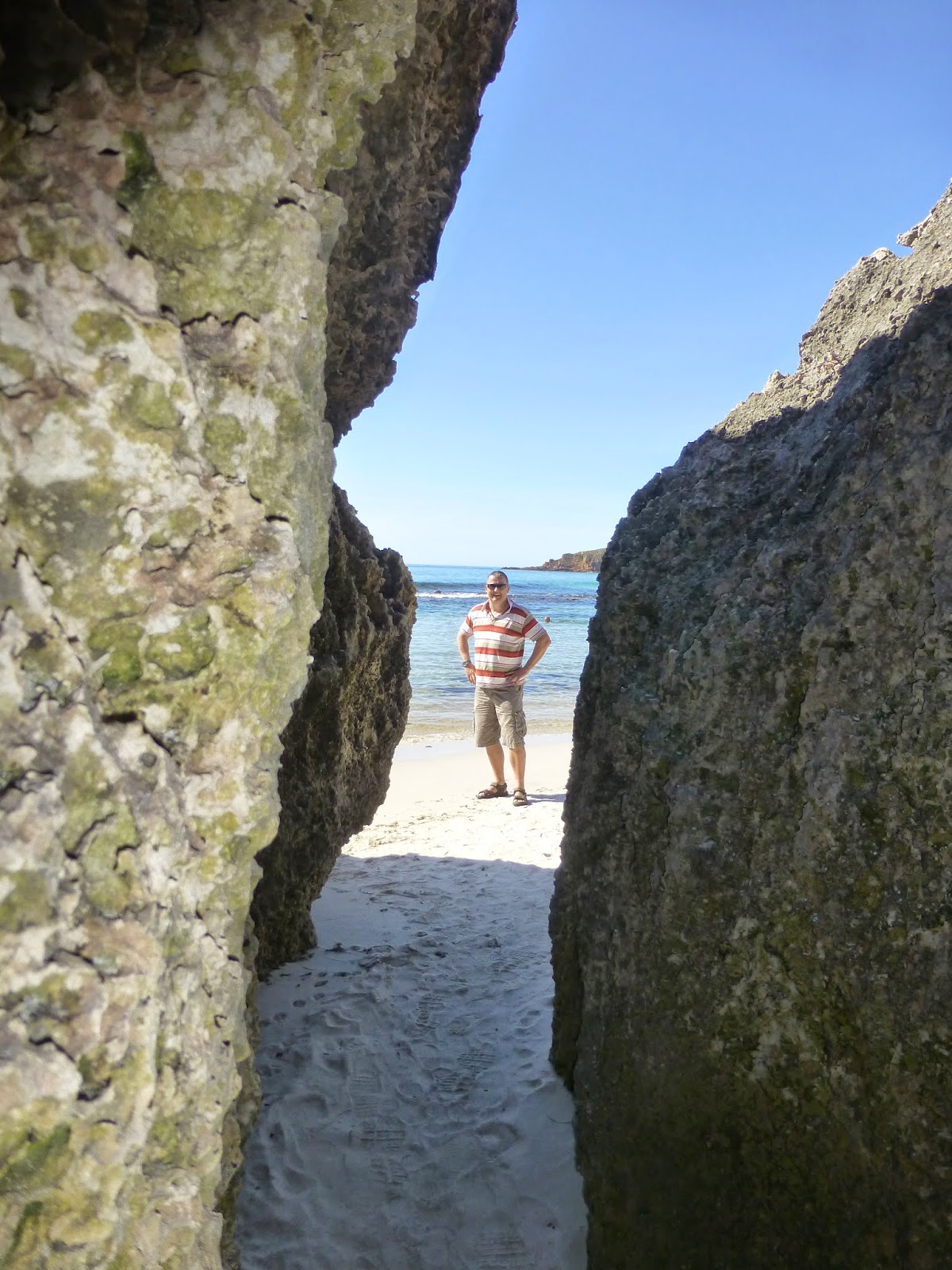 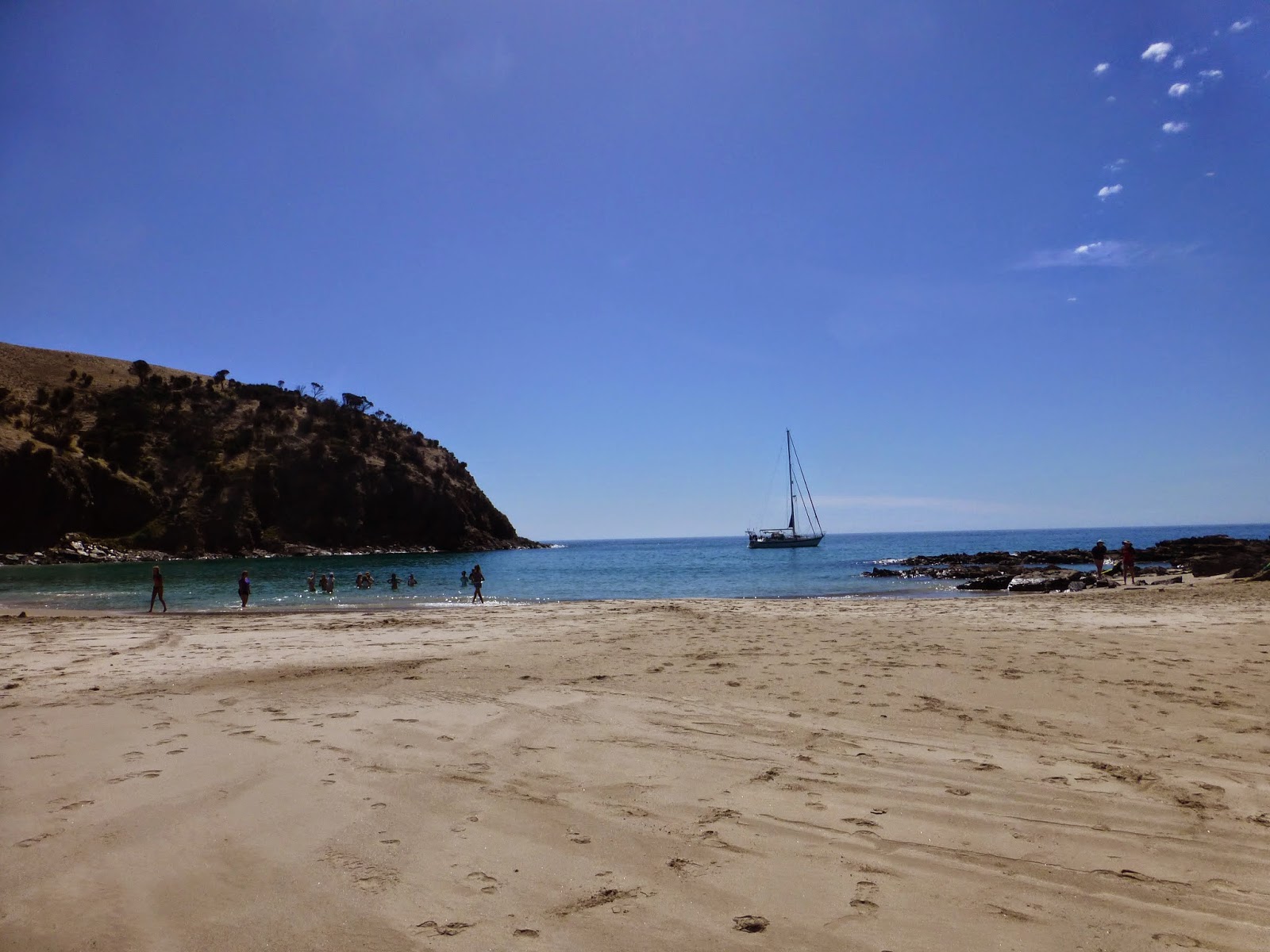 Later that day we hopped on a guided tour to go and see the extremely rare Australian Sea Lions. We were able to walk among them albeit at a respectful distance which I was very happy about. The sea lions lazed around us suckling their pups without a care in the world and absolutely no mind for us whatsoever. 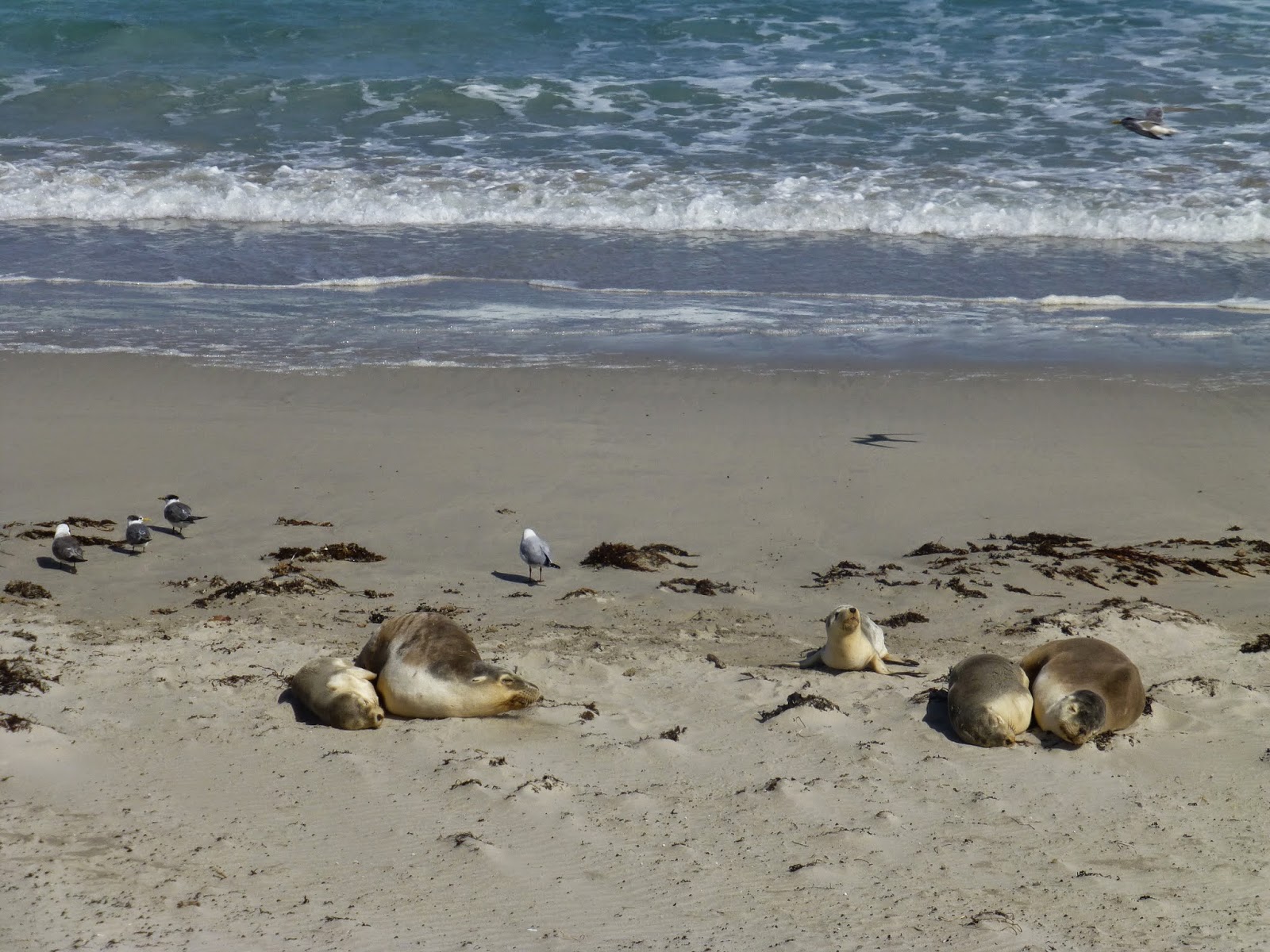 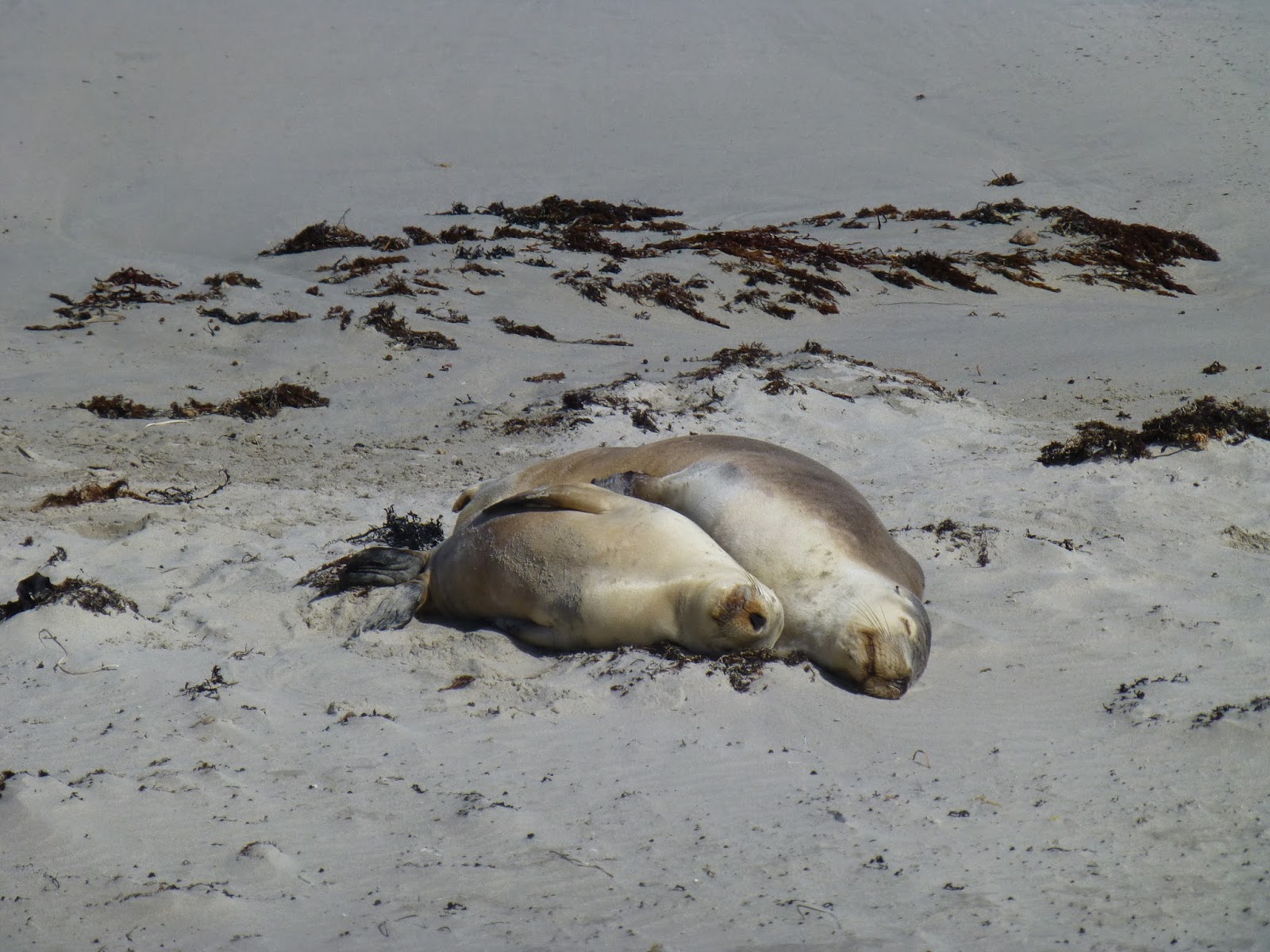 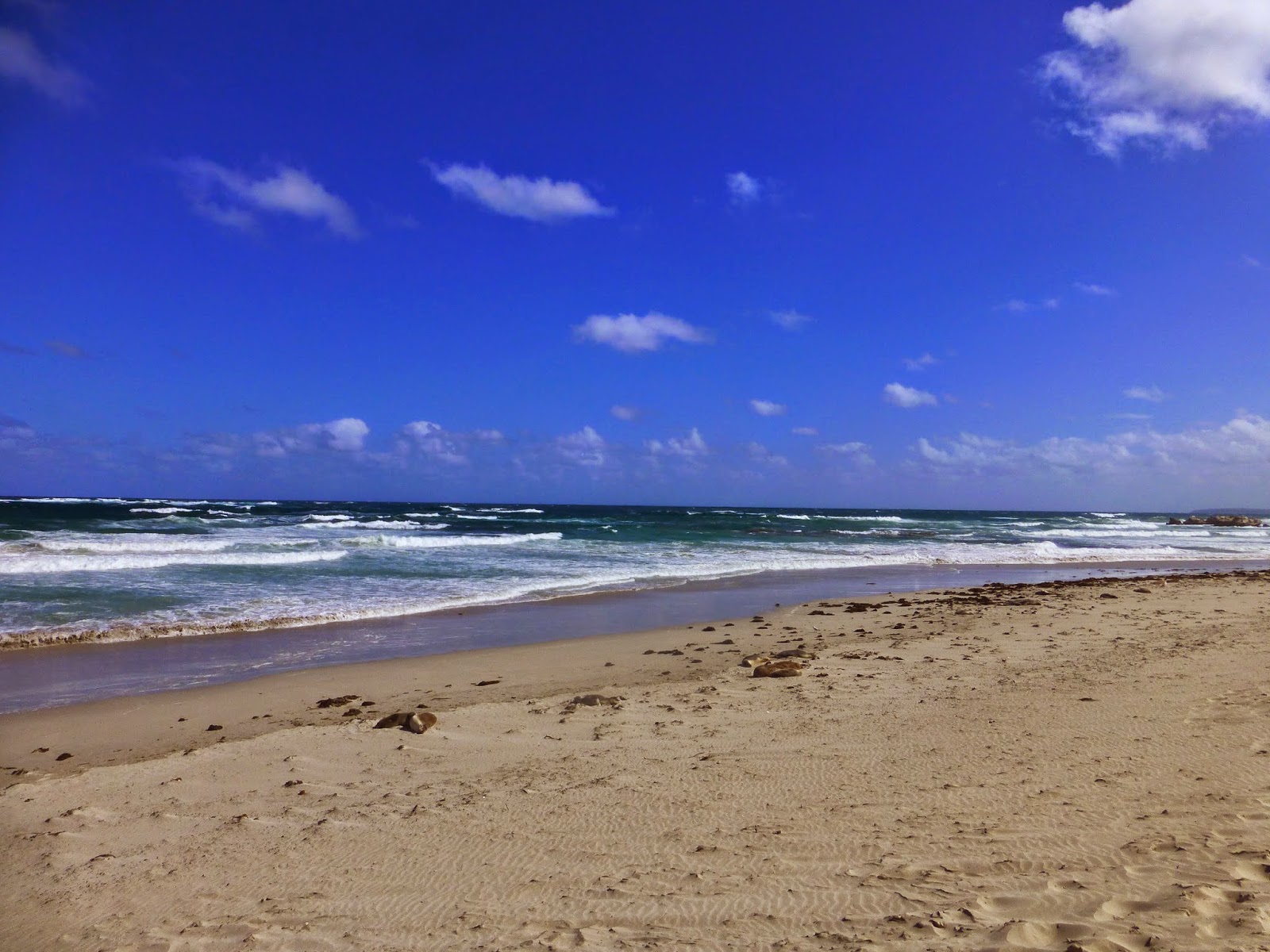 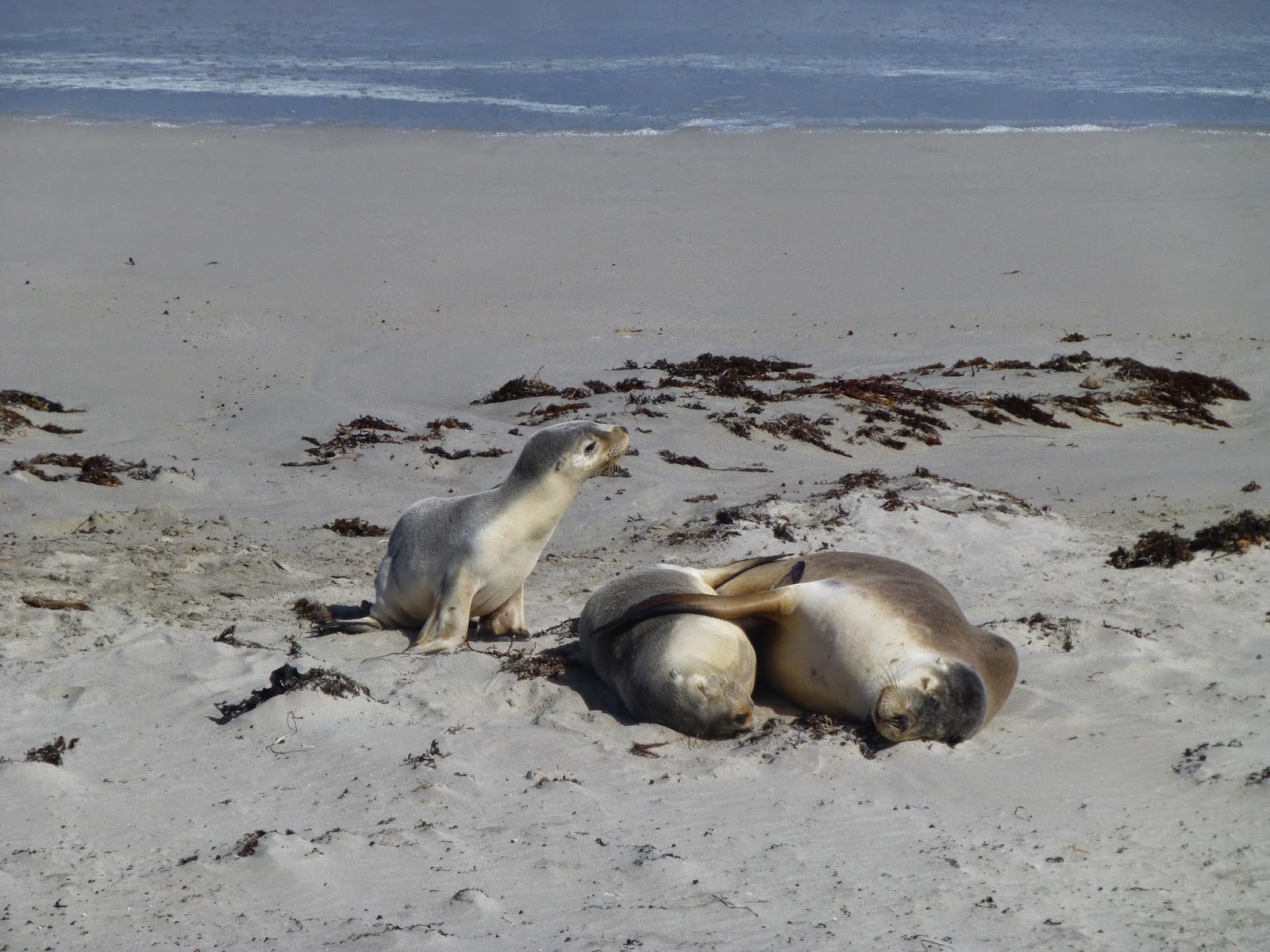 One thing I learnt about Sea Lions is that they do not eat fish. The feed on octopus, lobster, crayfish and a variety of crustaceans. As such their food source is not as plentiful and the ever present sharks do love a bit of sea lion for supper, this and the fact that man is partial to lobster too, accounts for why their numbers are dwindling.
Another thing I found fascinating is that the males will often eat rocks off the beach during mating season. The theory is that they are hungry and during this time when they are not out at sea, the rocks fill up their bellies! 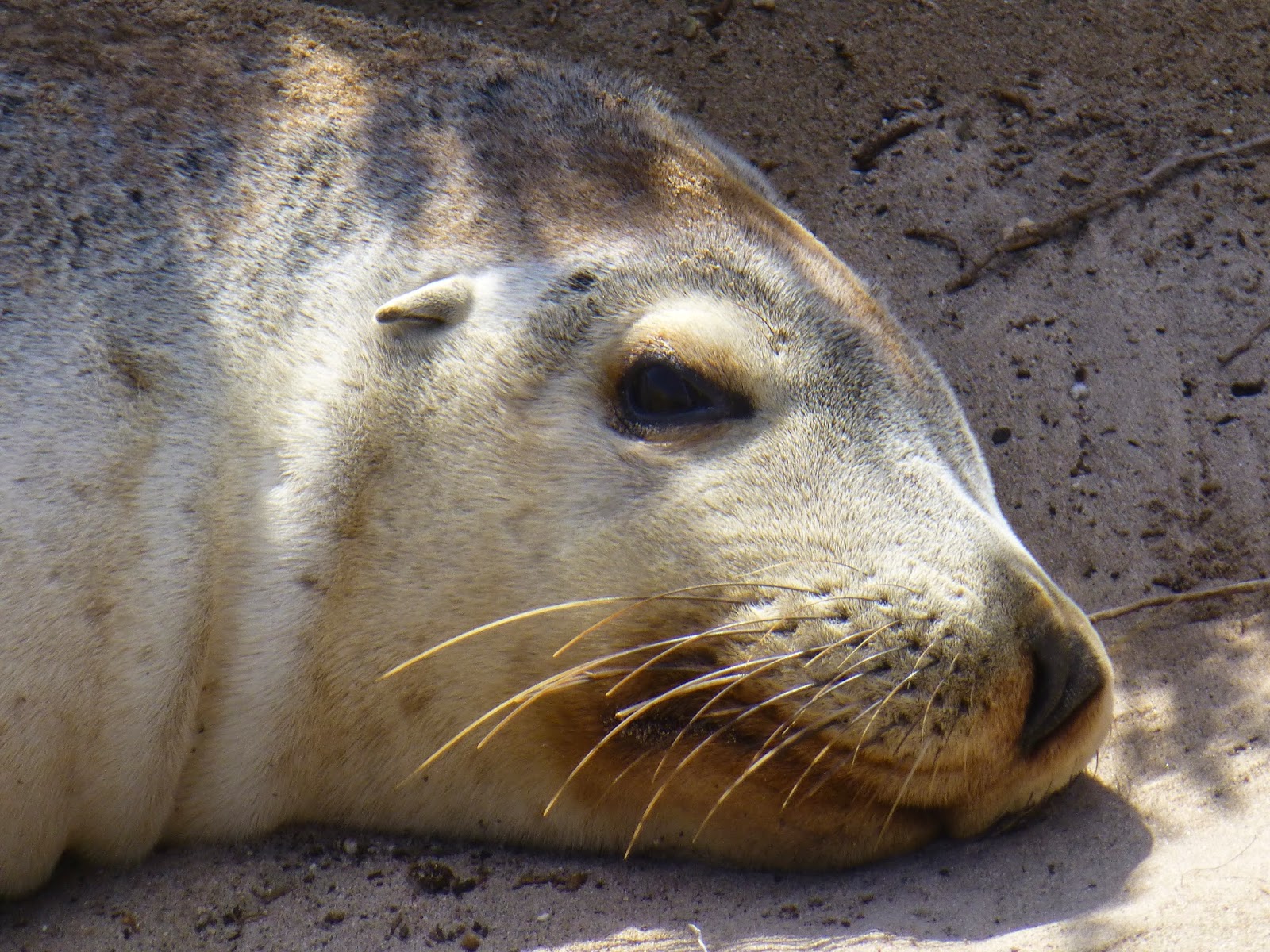 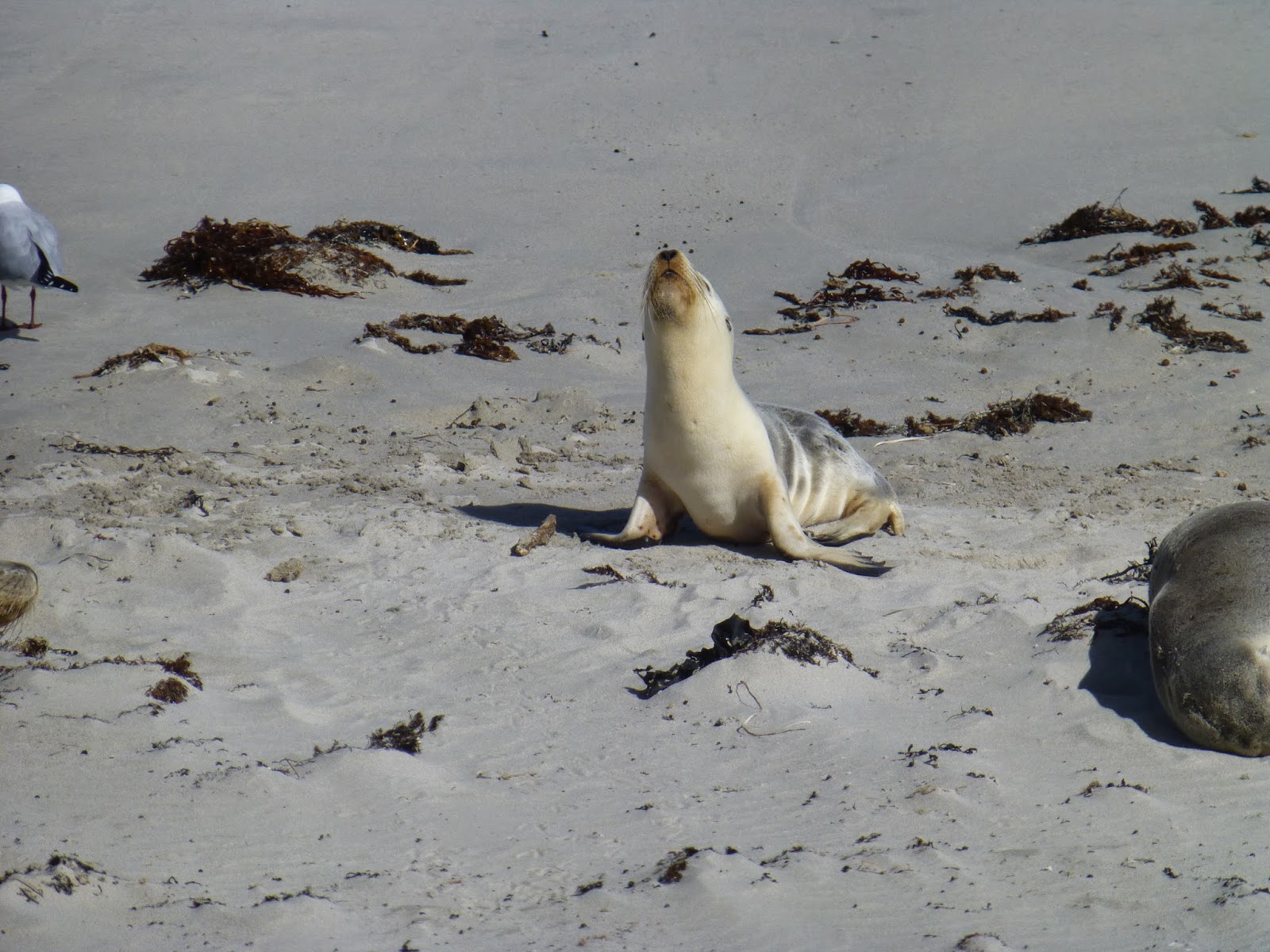 This poor little pup was starving. His mother had not returned from the sea for 2 weeks and no other sea lion would suckle him. He cried incessantly for her and he kept trying to suckle only to be shooed aggressively away by the other mothers. It was heart breaking to see. The guide said they would give it another 2 weeks to see if Mum returned, if not they would have to put him down rather than let him starve to death.
I know its nature but it was very upsetting. I wonder as I type if Mum ever did return and if that little fella is still with us. Somehow, as positive as I like to be, I think not. 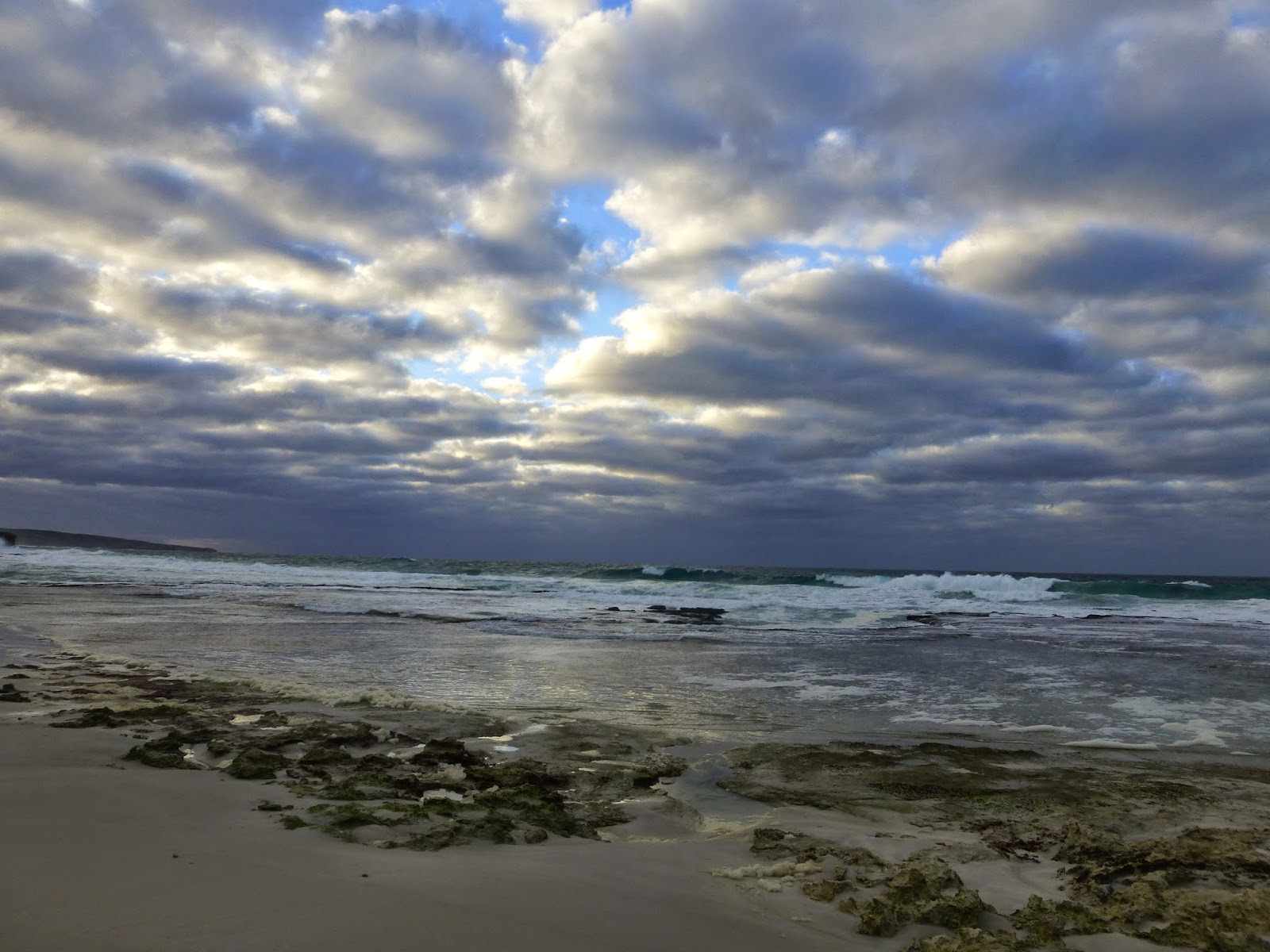 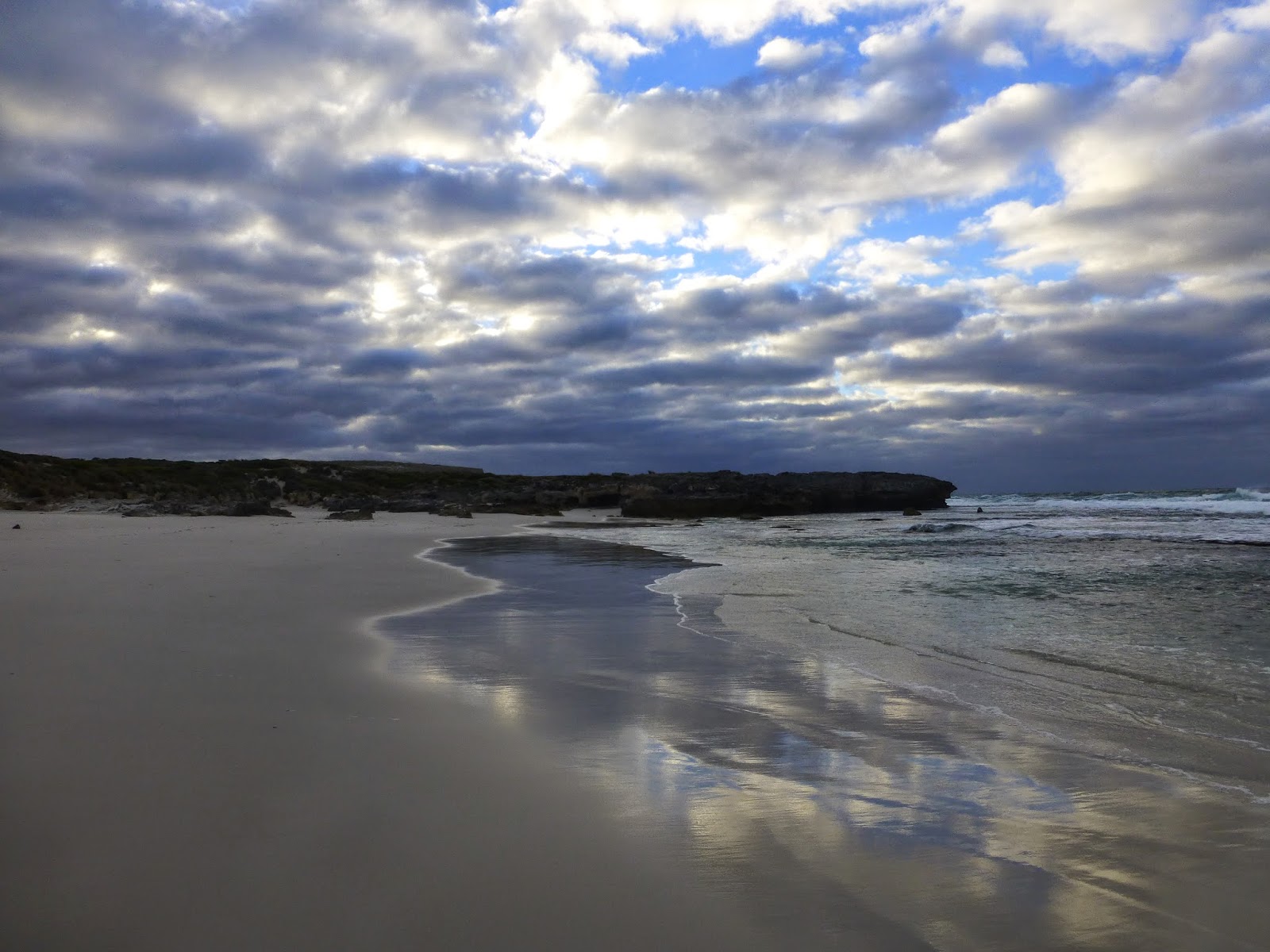 On our last morning we got up early and took a walk along the beach and up onto the cliff tops. The sky was beautiful and the early light cast stunning hues. 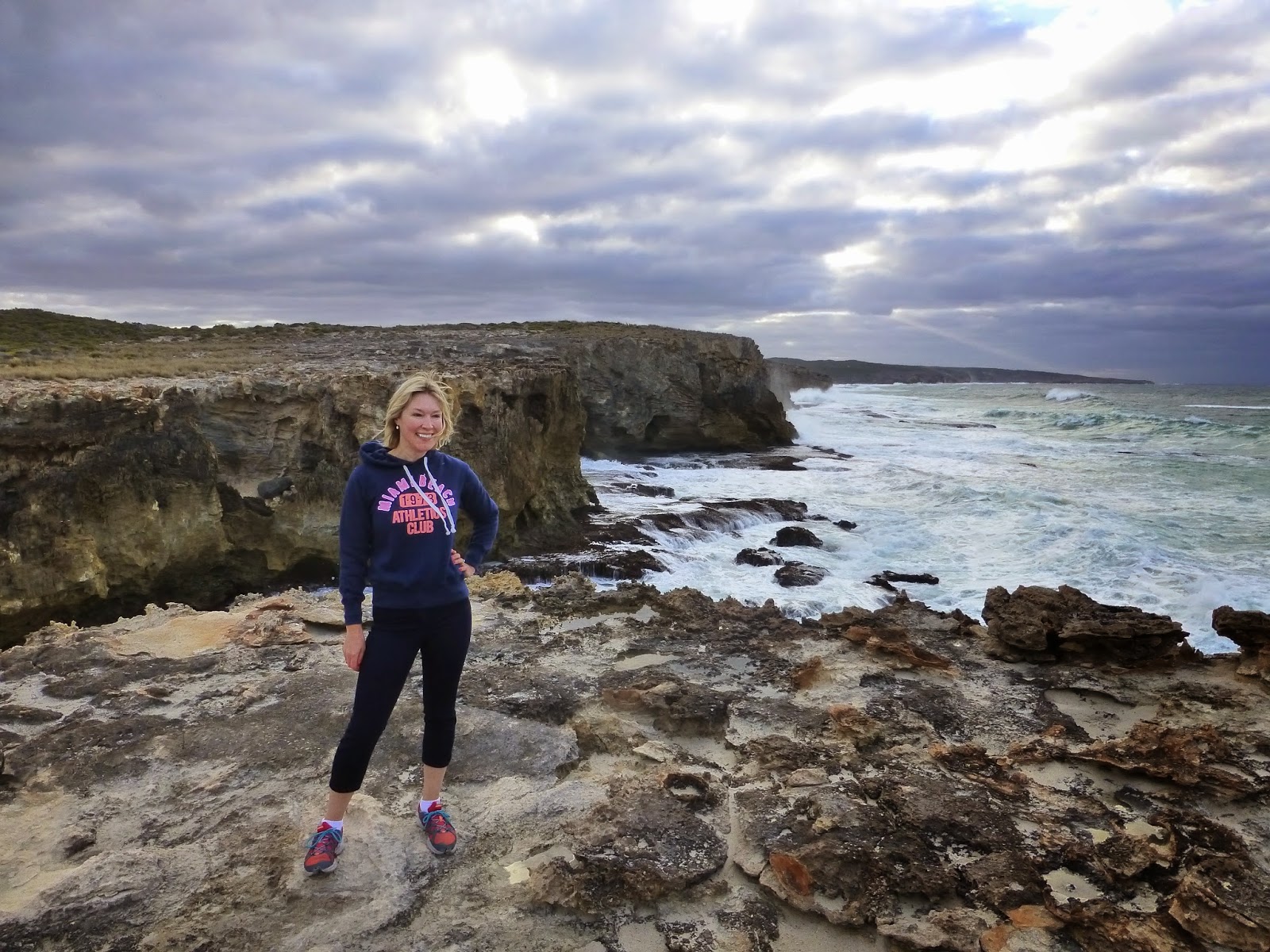 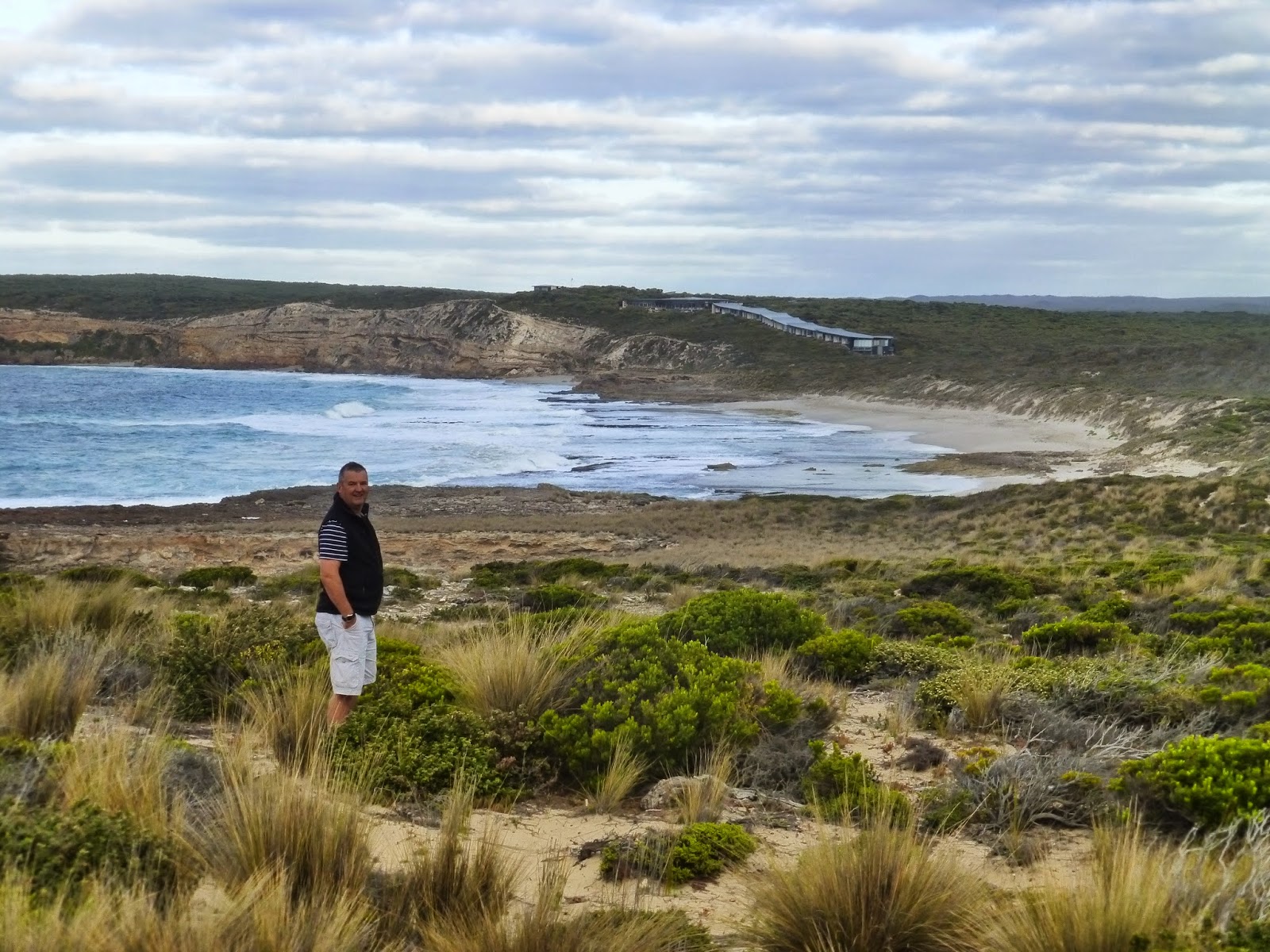 After blowing away the cobwebs, we headed back towards the lodge and we were both ready for a good breakfast. We also noticed just how discreet the lodge looked on the cliff top there.
It blended in perfectly, blink and you'd miss it.
All that we can say is that we were very happy we found it. Kangaroo Island is a true gem.
Posted by Mrs T-J at 03:11