Valley of the Winds

Ayers Rock (Uluru) is an Australian icon that is recognisable all over the world.

It is not a monolith as so many of the guide books claim but it is the tip of a huge underground mountain range some 5km in depth. Like an earthly iceberg.

Just some 40 kilometres away is another rock formation. Far less known than Uluru but just as impressive in my opinion.

It is The Olgas or given its traditional name, Kata Tjuta which means many heads. The formation consists of 36 huge sandstone domes. It is a highly sacred place for the Anangu men, it is regarded as being a very dangerous place and therefore an appropriate site for male initiation.

Women were only allowed to collect bushtucker and plant medicines (berries, seeds etc) and absolutely forbidden to stay there.

It is eerie and awesome. It is still yet powerful. Yes it feels very masculine too almost like you are walking on a huge sleeping giant, treading carefully so not to wake him. Sounds echo strangely between the domes, it's quite an acoustic that makes one bird call sound like 10 as the waves bounce around from rock surface to rock surface.

You walk in silence, almost in reverence really. You pick up every sound, the rustle of a lizard in the vegetation, the trickling of the waterfalls and rockpools and the call of the birds up high.

The vibrant contrast of the sapphire blue sky against the deep rusty red rock and the lush green desert meadow was an over sensory feast for the eyes.

The breezes are channelled through the cavernous gaps between the domes creating whistling wind tunnels.

Hence the track through Kata Tjuta  is known as the Valley of the Winds walk.

Our visit to this prehistoric place was as transient as a grain of sand being whipped through the valley, Kata Tjuta has been here for millions of years and will be for millions more.

A brief but unforgettable moment in time and one of the most beautiful walks we have ever done. 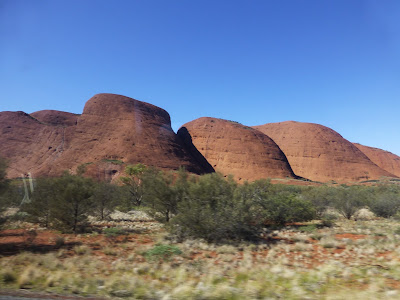 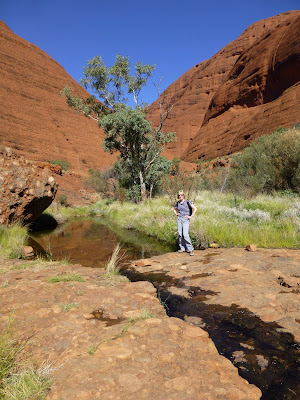 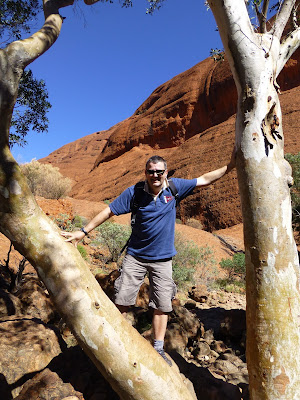 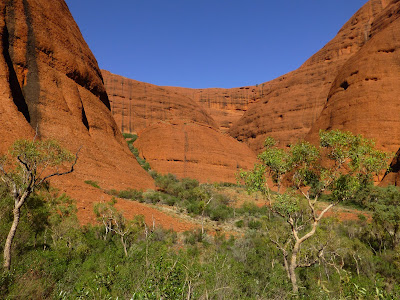 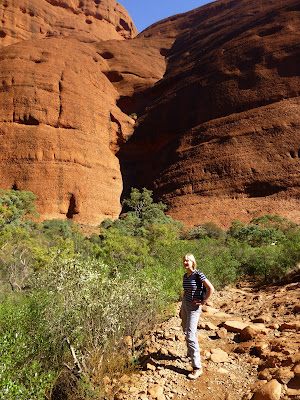 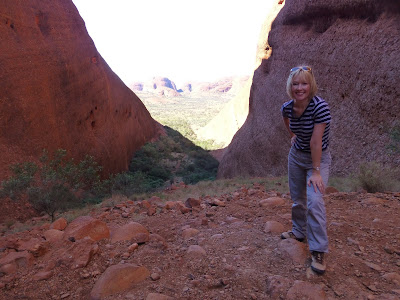 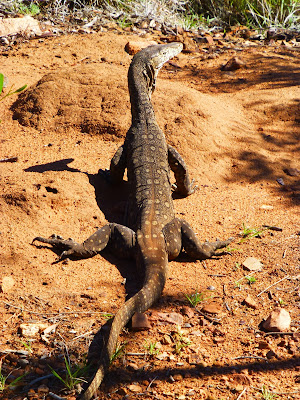 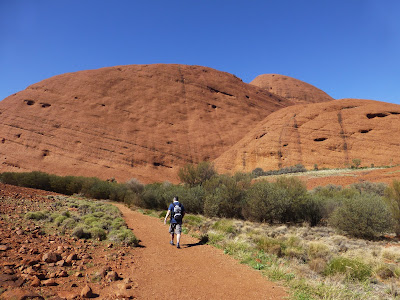 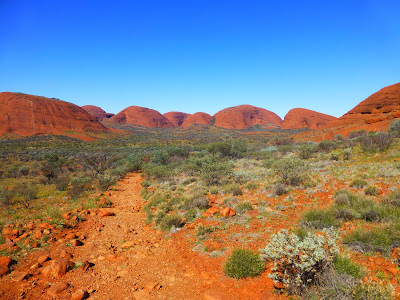