Another weekend in Melbourne and yet another major event.

This city is a constant host to some of the most prolific sporting and entertainment events in the world.

It is just so perfectly set up for it and unlike cities like London, New York, Paris which are huge and rambling, Melbourne is actually tiny in comparison. The hub of it all is concentrated over a few wee kilometres making it incredibly easy to access as much or as little as you want. 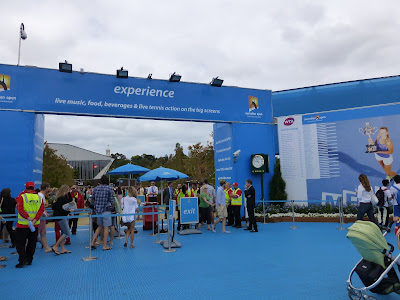 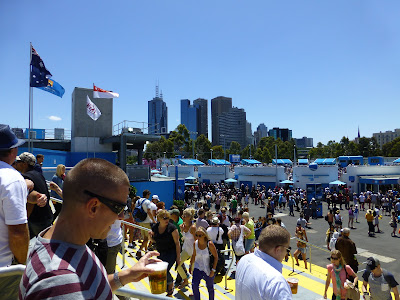 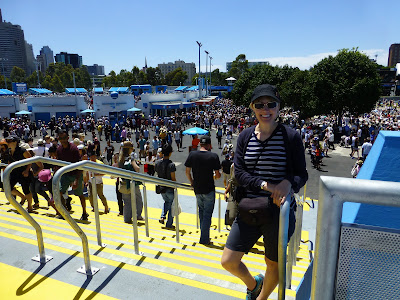 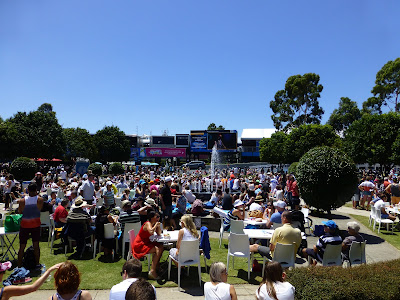 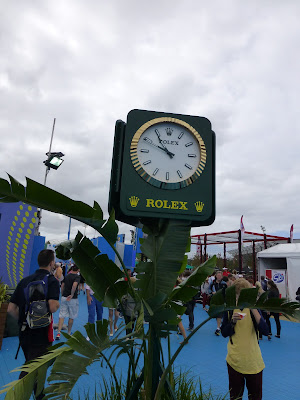 It was absolutely on my must do list to come to the Australian Open. Just 20 minutes from home and one easy train ride in.

The Open is always held in Melbourne and is known widely as the player's favourite tour on the circuit. The reason being is that it is so relaxed, the atmosphere is fun and all around the arena are side shows and music, huge picnic areas and pop up shops.

Melbournians tend to be very unstarry about celebrities, they are left on the whole to wander around the city totally undisturbed and they seem to appreciate this. It's kind of uncool to show them too much attention.

The Rod Laver Arena is the equivalent of Centre Court at Wimbledon, where the big action takes place and Hubster managed to hoover up the last couple of tickets for us.

You never know how the draw is going to go but we were chuffed to pieces when we realised we would see 3 matches starring Victoria Azarenko (last year's open champion), Serena Williams and Andy Murray. 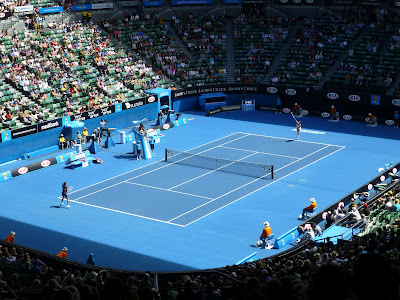 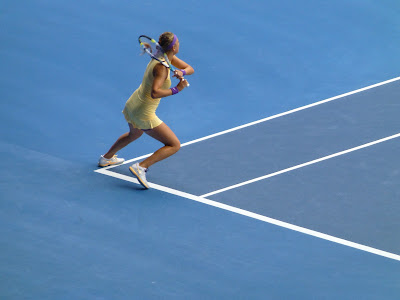 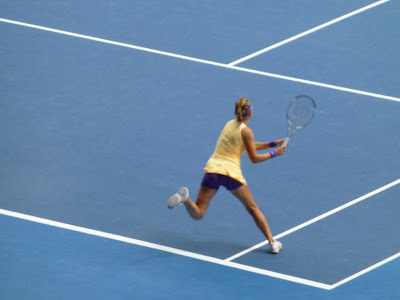 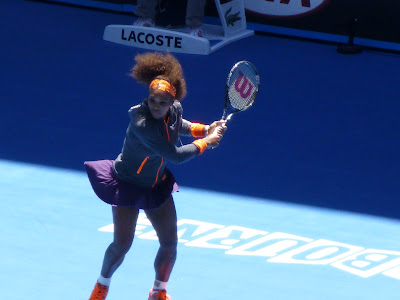 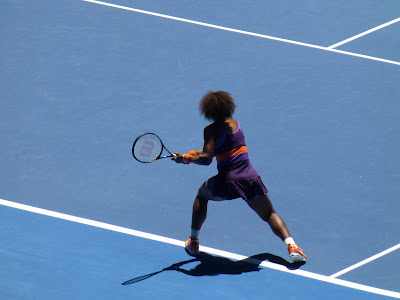 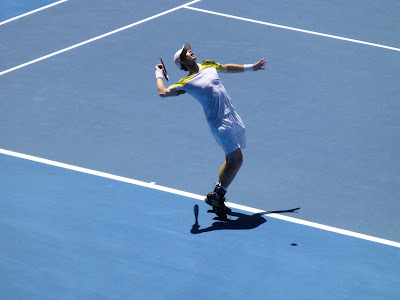 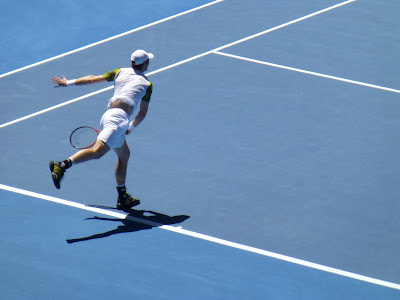 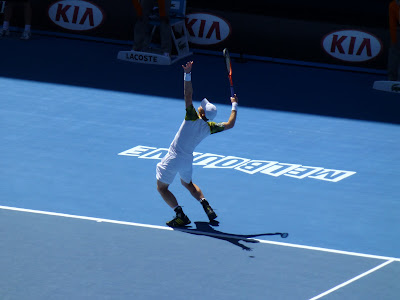 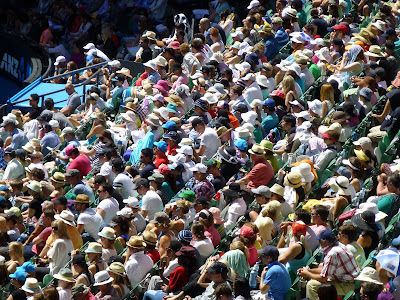 It was a gorgeous 23 degrees with a light breeze. We were in the shade and our picnic was packed. The arena was impressive and much smaller than it looks on TV.

It was a totally thrilling day of tennis and once again another experience in Melbourne I will never forget.

Thank you Melbourne, I know why you are classed as one of the best cities in the world to live. Our time here is relatively short and will go quickly but we already know in years to come we will look back and say Wow, we had a ball!

Until then we will just keep rolling with the waves and soak up as much as we can. 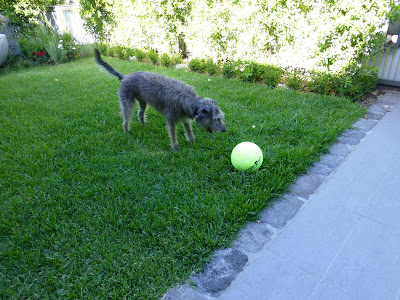 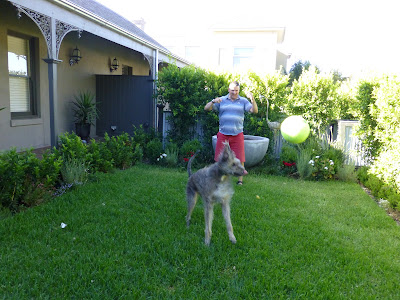 Radders didn't miss out and on our return loved his giant tennis ball pressie.
Posted by Mrs T-J at 23:23