"Sparky is home with us again albeit in a large plastic tub with just his name on it. However, his soul is everywhere, on the wisp of every breeze, on the tip of many a spoken word and forever in memory"

Then I stopped in tears and Bloggers Block set in. The days since have been quite full and so every excuse to say, no time to blog bla bla bla!

I tried to do other posts but they just didnt gel, I didnt delete this one though. Deep down I knew I would finish it, when I was ready.

I just havent been able to open the tub and re-unite Sparks with Lucy under the Lavatera in the garden. I hope Lucy doesnt mind but just not ready to let go. Human emotions, so complex arent they?


Then I began to think about all the fur-babies we have belonged to.

First of all there was:

Our very first rescue dog as a newly engaged couple, 1995. 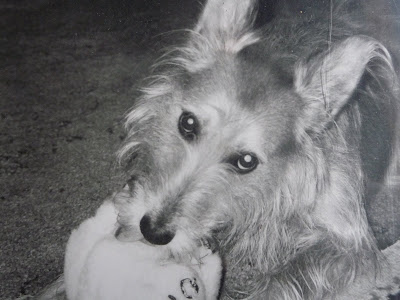 Rescued from the RSPCA at Radcliffe Upon Trent, this Lurcher (Collie/Whippet cross) NEVER put a paw wrong in all his time with us.

Forlorn, matted and hardly any fur on his body, he sat still in the pen and pleaded with his beautiful brown eyes to give him a chance. His beautiful soul captivated our hearts and Whiskey was ours. We were rewarded a thousand times, the most affectionate, fun loving boy who developed the most beautiful coat and fabulous foxy ears!

He is buried under a cherry tree on the Brecon Beacons where he loved to romp and forage. 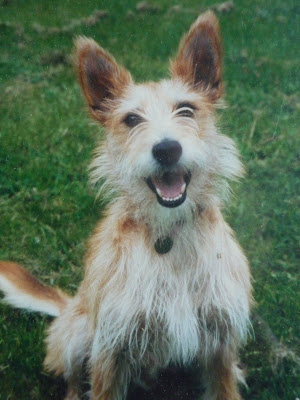 "Greyhounds make great pets, give a retired greyhound a home" I was swayed by the huge PR campaign by the Greyhound Trust in 1997 to re-home Sammie.

Sammie was a Champion Ex-Racer, when he arrived at the house, we were both open-jawed, he was huge and strutted into the house with all the attitude of a hard-knock teenager. He went straight up to our cheese plant in the front room and cocked his leg and left his mark. 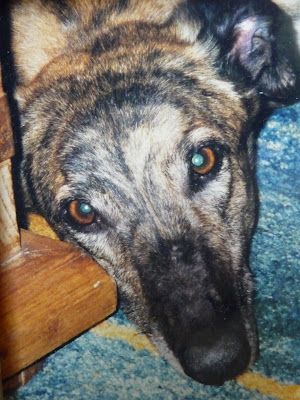 However, he didnt fool us for long. The hard exterior gave way to the softest centre, doesnt it always?

I have so many tales to tell about Sammie Big Fella, note to self to dedicate a blog to the boy. He was an incredible dog, he had presence, charisma, an air of authority, a gentle strength and I always felt totally protected, he definitley owned me.

Suffice to say, Sammie brought me through some of the darkest days of my life, he slept with his head on my pillow and wherever I went he came with me, without complaint, just acceptance that this was how we had to live. Even when that living involved a damp, cold caravan in the middle of a field. For a time, HE was the reason I got out from underneath the duvet and as such, he is eternally loved.

He only let me go when he knew I was happy again. Reunited with Gareth, he said "Mum my job is done, I'm tired now"


Then as a friend for Sammie came:

We thought Sammie might enjoy some greyhound company, the trainer who brought Sammie to us arrived one day with Casey.

An elegant, diminutive blue brindle girl. Stunningly beautiful and oh did she know it!

"Just treat me like the Precious Princess that I am"

The total opposite to Sammie. She didnt strut, she sashayed. She looked down on Sammie like some ruffian low life and treated his attempts at play with total indifference and distain.

It wasnt a match made in heaven and in the end, distraught yet defeated she was rehomed.

BUT we made sure our Princess had the best of homes, a home she wanted.

Well it turned out our Diva girl should have won an oscar for her acting ability, aloof, high maintenace was out and playful puppy was in!

She was  rehomed with a family with 3 young girls, the little minx was now one of the girls and played and played like a puppy with those children. Something we could never give her, but like all of them and like indelible ink, she left her mark on our hearts and lived out her days enriching the childhoods of 3 very lucky girls and Mummy visited her to the end.

Sparky "THE STREET BOY"
Lucy  "THE GENTLE ONE"
HUSBAND AND WIFE

We only wanted one. We came home with two. Kennelled together at Northants Greyhound Rescue, we just couldnt split them up.

Lucy was a champion hurdler called Moonlighting professionally. An elegant fawn brindle and so gentle and all for the quiet life. Oh but she loved her bit of rough, her Sparky boy and kept him in line, like any good wife he got a good barking at on a regular basis.

Sparky really wasnt very bright. He was a failed racer and ended up living with a homeless person on the streets. But what he lacked in brains he more than made up for in BOUNCE and bundles of enthusiasm for life. There was never a dull moment with a Sparky in your life and he made us laugh till our belly's ached.

Lucy was only with us for 3 years but she was so loved and she cherished our love, that I know, I defy anyone not to have loved Lucy, wasnt there a TV show called I love Lucy? Well it was impossible not to, she was just simply smashing.

Gentle in spirit but fragile in health she left us on 12th January 2010. 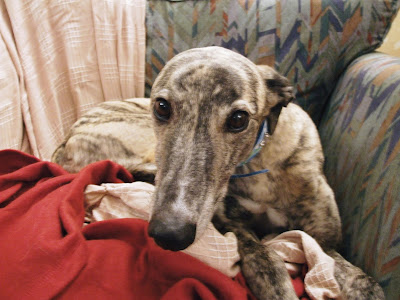 Sparky missed the "Wife" so much. He moped and it soon became clear to us that he enjoyed the company of other dogs and being a loner wasnt for him. We tried our best to take her place but no-one could.

Lets get a PUPPY!!! Having always rescued our dogs we had never had that experience.

We set our heart on Blue.

Blue was a beautiful blue lurcher inside and out. After our holiday we were very excited about picking our boy up and bringing him home to Sparky.

It wasnt to be. We came home from that holiday in sad times. My Father had died and Blue was bravely battling but losing his fight to meningitis.

He did his very best but at just 14 weeks old, his little immune system just wasnt strong enough.

My Father, a life long dog lover, needed Blue more than we did, its the only way we could make any sense of it. But just like the rest, the longevity of his life was immaterial, our little boy Blue will never be forgotten, he was still ours.

Still in search of a friend for our Sparks, we finally came home with:

Radish "THE PUPPY" (named after a salad vegetable) 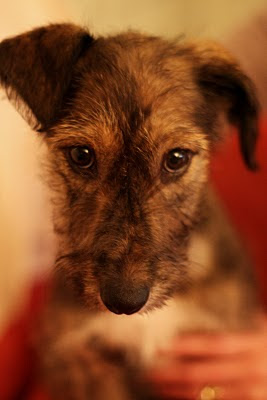 Radish's introduction to our home was a fraught and frightening time! We couldnt bear to lose another puppy but here we were AGAIN with a desperately ill fur-baby on our hands. A deadly parasite. The vet said, we will give him the meds but its really down to him to fight.

And fight he did, 2 whole months he pushed on through, I dont want to go anywhere he was saying, I want to be with you.

Sparky came into his own, not so dim afterall. He nurtured that puppy like any good big brother would do, he loved that puppy and he protected him. 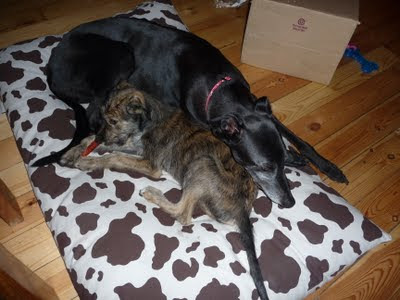 No money could buy a better mentor, role model or trainer for a puppy than our Sparks and under his watch, our Radish grew stronger and stronger.

Then came the day when Sparky's own health began to fail, we knew we were on borrowed time and once again we knew we were heading down that painful path once more. He would have the best of his halycon days, we would make sure of that.

Soon came the day when it was puppy's turn to return some canine comfort and provided a soft cushion for some old bones.

This post started with him and so it is fitting that it should end with him.

Our Sparky, an all round WINNER. 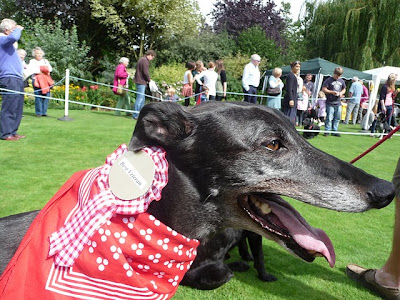