That was the week that was!

The state of Victoria has never seen temperatures top 40 degrees plus on 4 consecutive days since records began. Never in my life so far have I experienced living in temperatures like that either.

Hell fire what an experience!

We did some hard yards managing and minimising the effects of the heat but no more so than the beleaguered wildlife. They truly suffered, fruit bats were cooked alive in the trees and birds and possums dropped like flies to dehydration and heat exhaustion.

Unlike us they had no way out of it and it was terribly upsetting. We did our best, leaving water and pieces of watermelon around the garden. Each morning the fruit and water were gone. I hope our efforts saved some, many have their Spring babies to care for too. I hope we did.

Then inevitably came the news of horrendous bush fires in outback rural areas. In some places the fires spread so quickly people were unable to evacuate their homes. One lady died as her home was engulfed and many homes have been destroyed. 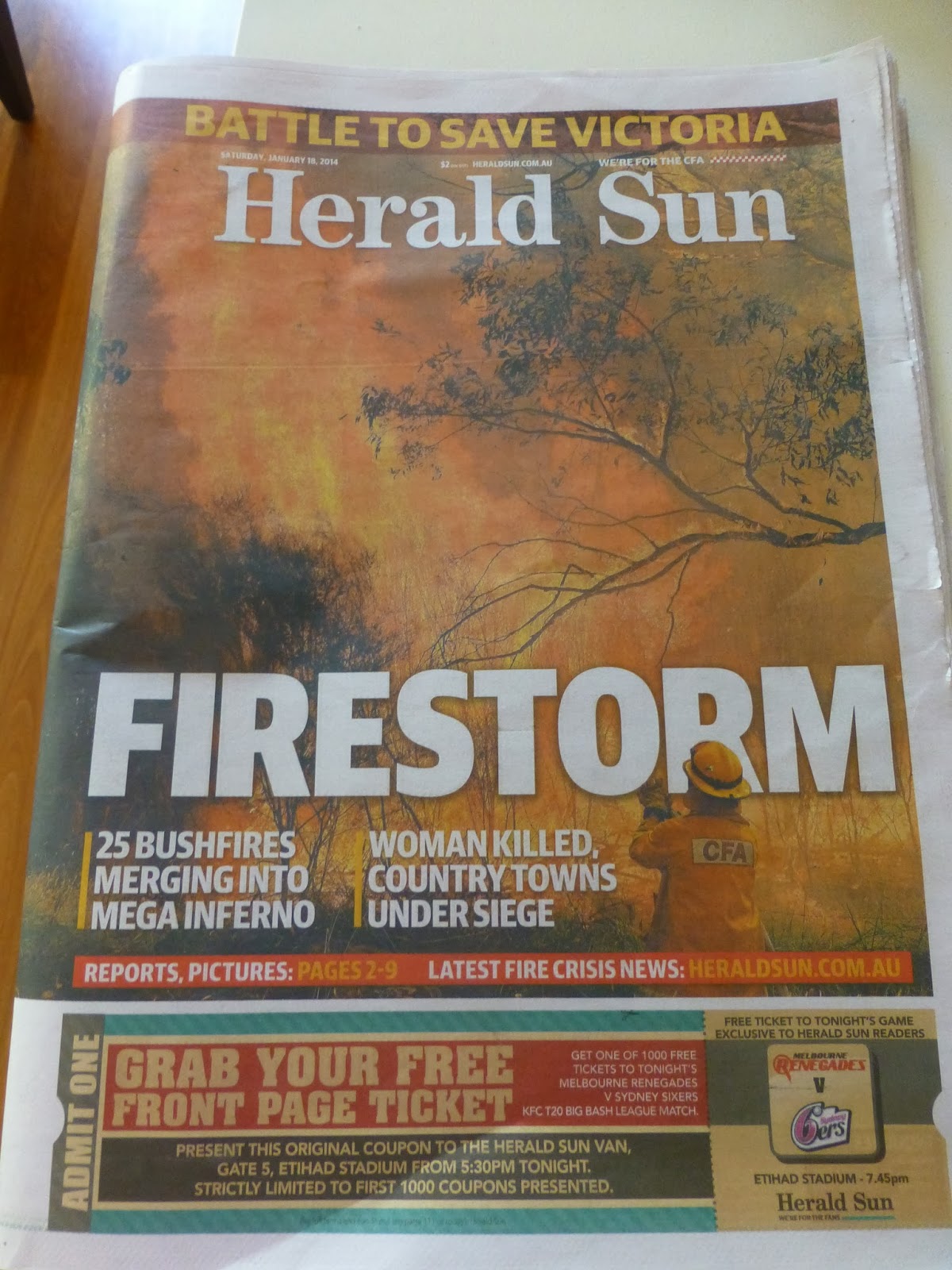 As demand for power surged due to the increased air conditioning, power cuts were wide spread as the whole network buckled in the heat. 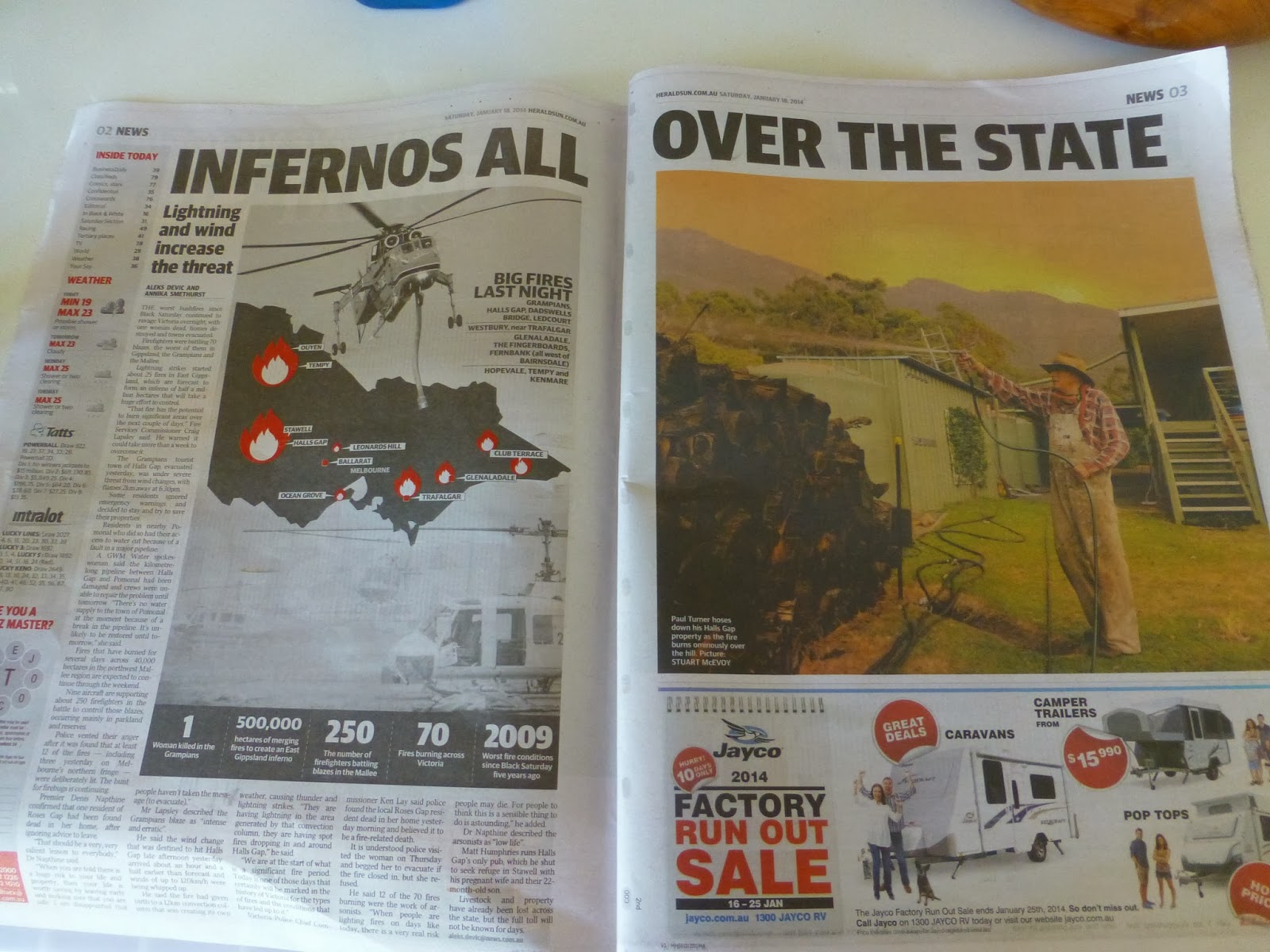 Yet, unbelievably people were still walking their dogs on pavements so hot you could fry bacon on them and leaving them in cars. One day I had to pop out, just 10 minutes later I returned to my car to see the temperature gauge had hit 52 degrees inside, what chance for a poor animal?  I won't discuss this further as it makes me so very annoyed with stupid people! (ok I got a bit annoyed).

Our boys only went outside for the call of nature. Kale found a shady spot under the birch trees but even then after 10 minutes I brought him back inside with plenty of ice in their water bowls.

Mercifully, Friday night saw the cool change come through and it dropped to 25 degrees from the 44 of the day. We all slept well that night.

On Saturday morning we woke up to the very sad news that an iconic restaurant on the beach and indeed one of our favourites, had been gutted by fire.

The Stokehouse was a heritage listed building and a top spot for amazing views of the bay and the City. It is where we had spent a wonderful Christmas Eve whilst blessed with the most magnificent sunset. That night will be a lasting memory of our time here.

Luckily everyone was safely evacuated.

That afternoon we got on our bikes and saw that the fire service were still there dowsing down. What a mess.


With hope that it will be a phoenix from the ashes, we cycled up further and enjoyed two delicious sharing plates for lunch.

The Slam Beach Volley Ball Festival was in full whack and we mingled amongst the hustle and bustle, it couldn't have been more Aussie. 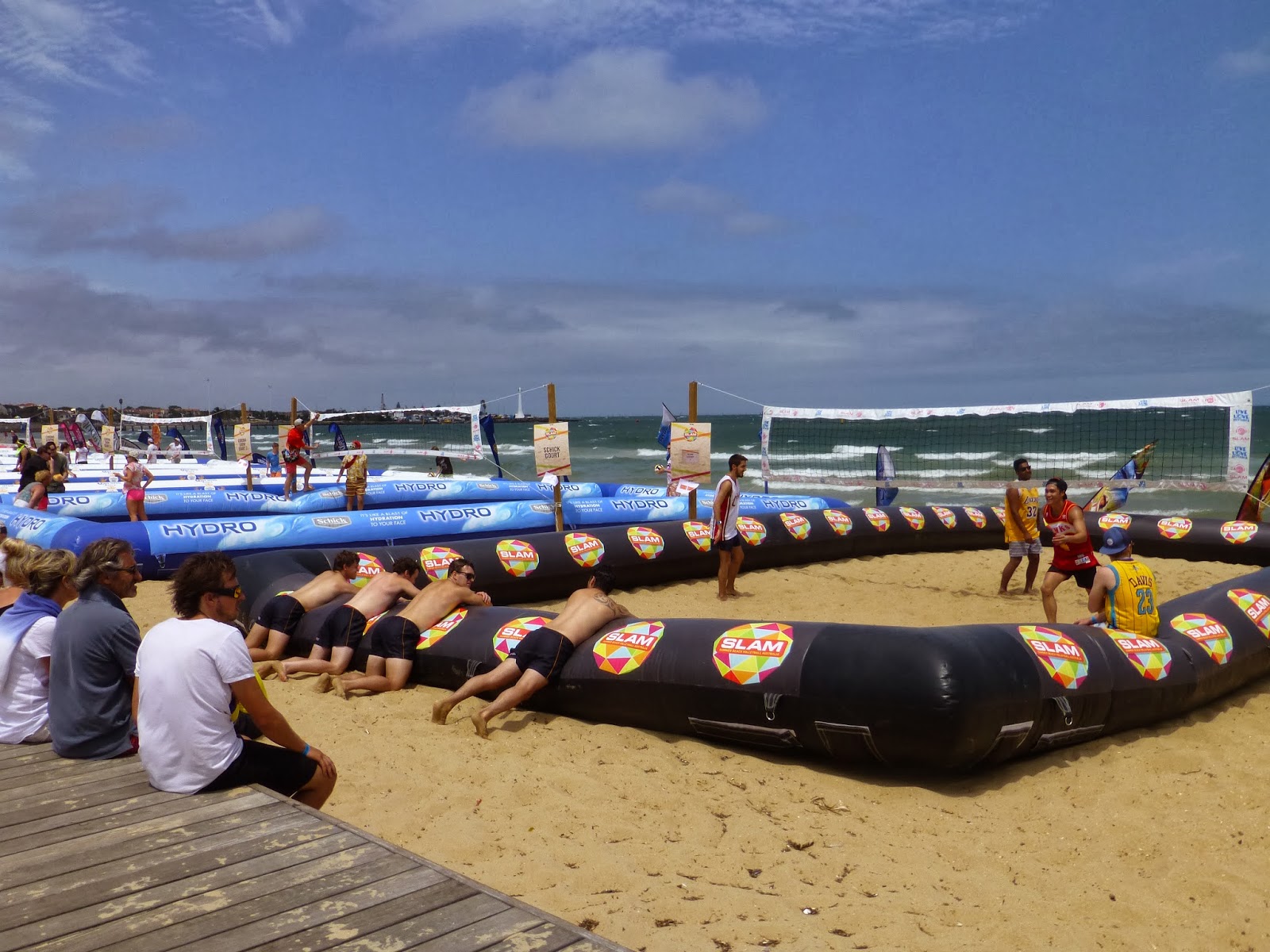 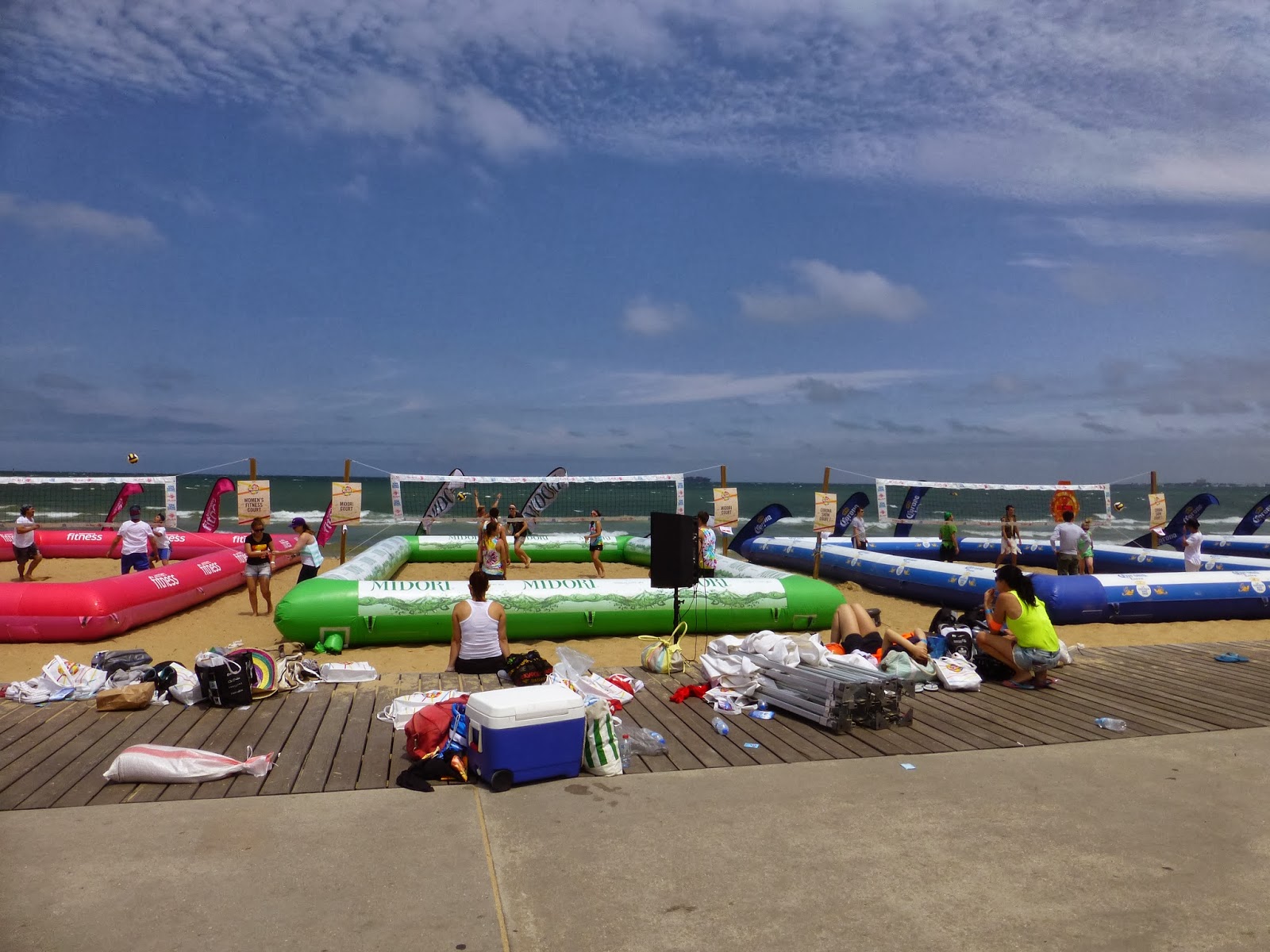 With the wind picking up and storm clouds circling we then cycled back home into the strongest head wind I have encountered yet along the front.

That same evening we made our way to the Rod Laver Arena and Melbourne Park for the Australian Open Tennis. It was fantastic to see top seeds Victoria Azarenka and Rafael Nadal play, well lets say annihilate their opponents really. The atmosphere was superb and the banter from the crowd was in top form. It was a feel good evening. 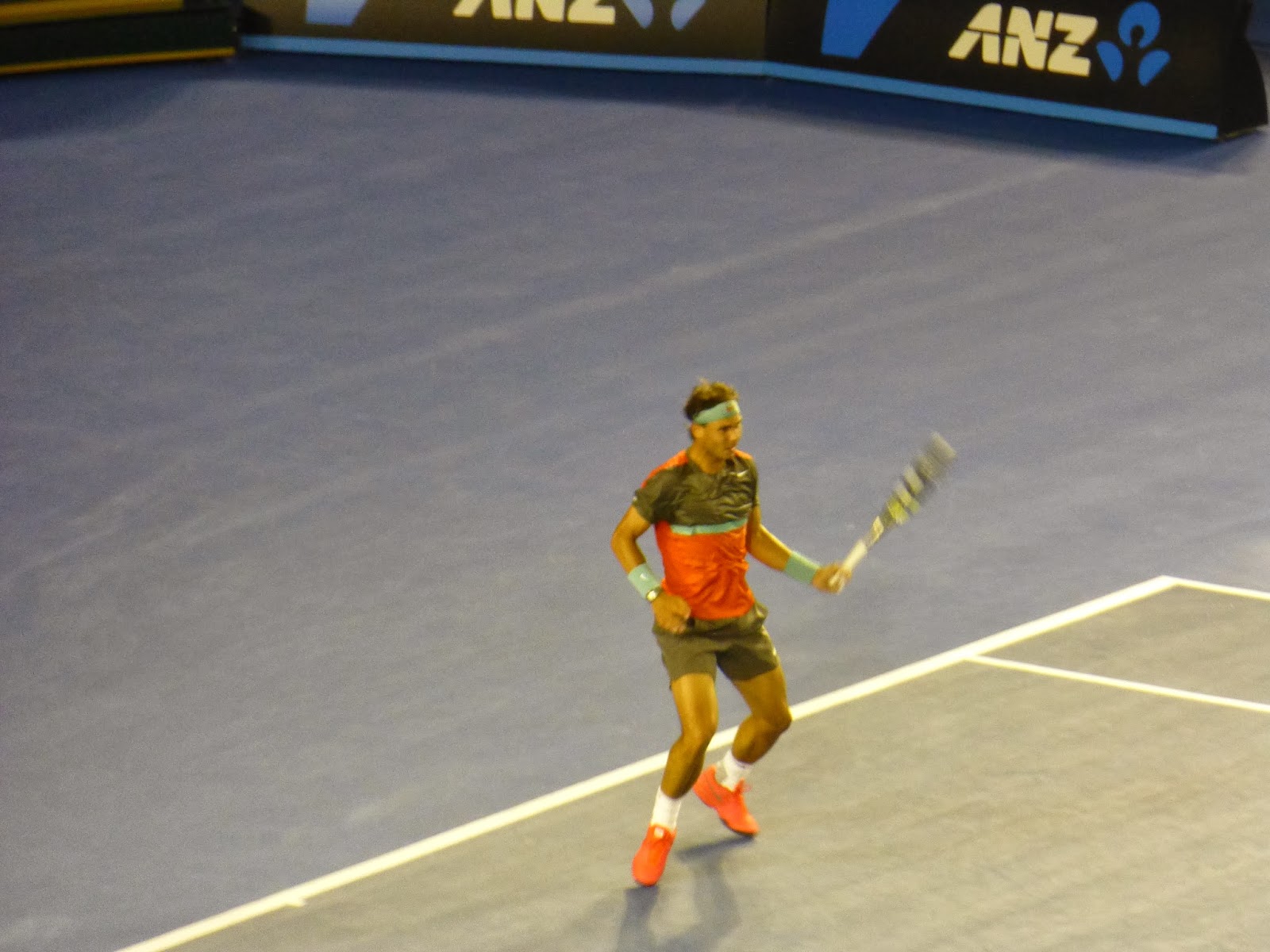 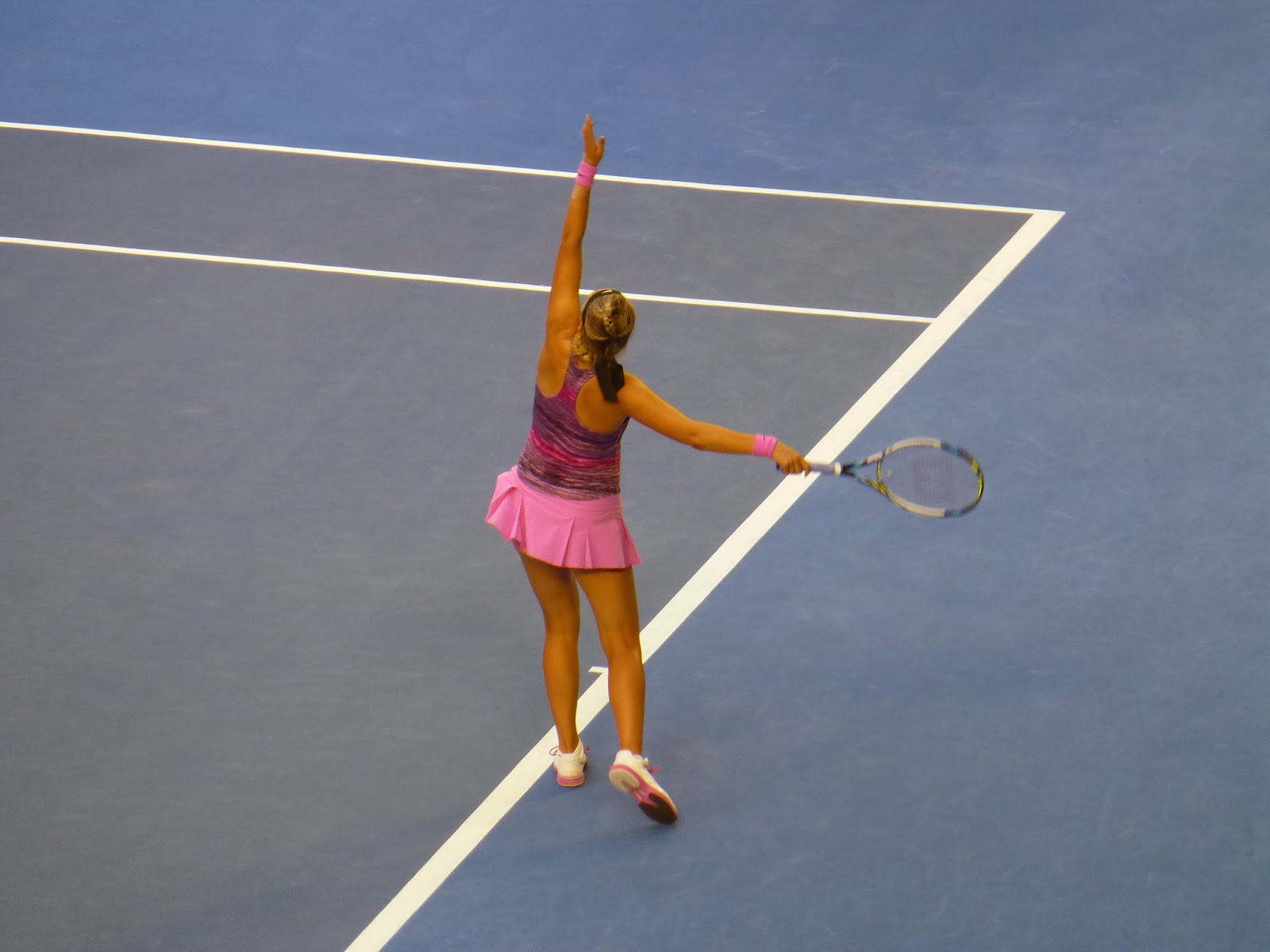 Whilst clearly sweeping the board, the best call out of the night went to the guy who shouted "Come on Rafa you can win this!" I do love a bit of dry humour and the crowd erupted into hoots of laughter. 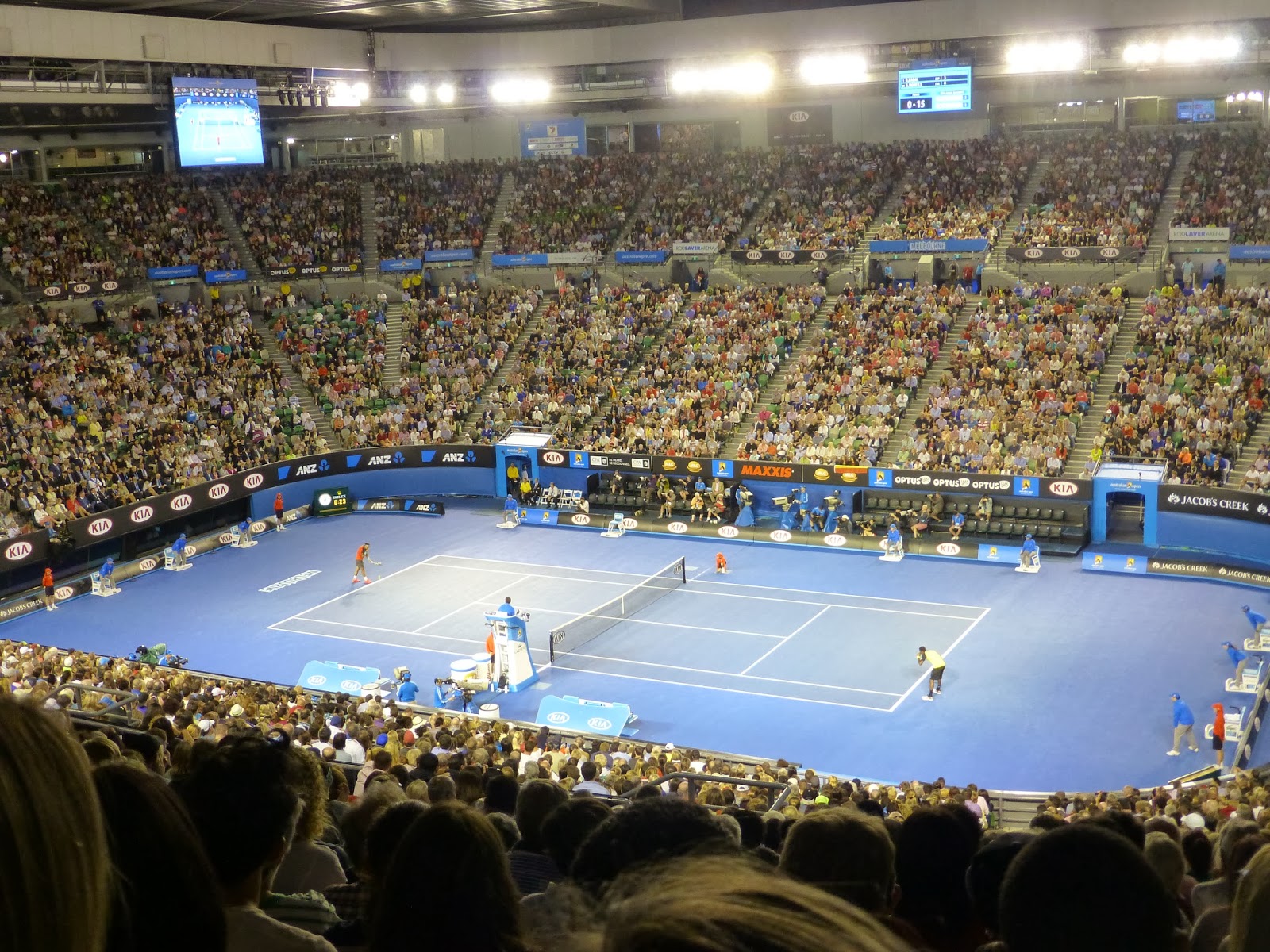 On Sunday morning Gareth played golf then at lunch time I joined him at the club to meet his playing partners and their wives.

I admit I was extremely nervous as they are all good friends from years back and meeting 3 new couples head on was a bit daunting. However, that said I was actually really happy that Gareth had made some friends of his own now who clearly thought a lot of him. At the end of lunch we were invited to join them all again at one of the couples beach houses on the Mornington Peninsula sometime in March.

It's only taken two years but I think you could call this a bit of integrating!

All in all its been a very eventful week down under with what will prove to be, good and bad memories to reflect on.

It is never dull is it?