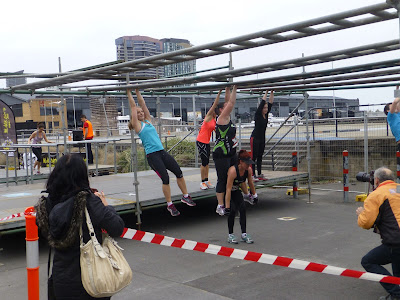 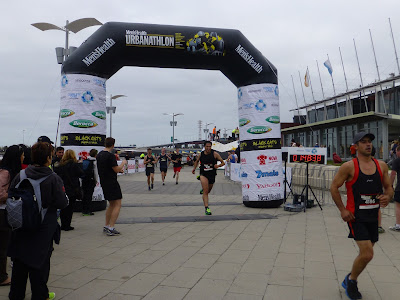 They say a city never sleeps.

Well Melbourne certainly doesn't. Make your way into the city any weekend you like and there will be something big going on.

Today it was the Urbanathlon 2013. Competitors must tackle ten gruelling obstacles and take on 11 kilometres of challenging course through Melbourne’s city streets. Obstacles included monkey and parallel bars, water hurdles, tyre stutters, commando crawl nets and right at the end a huge ramp at which you had to run and throw yourself at.

Two of my gym buddies Sarah and Alexie and their boyfs were competing so I decided to pitch up and cheer them on. (I even ran a likkle bit of the way with them lol).

They did brilliantly and it was clearly pretty tough. I was quite happy with my supporting role in the whole event though thank you!

The atmosphere at the end zone was electric. Ministry of Sound tracks were pumping, Gatorade was being consumed by the gallon and sweaty high fives were being exchanged all around. 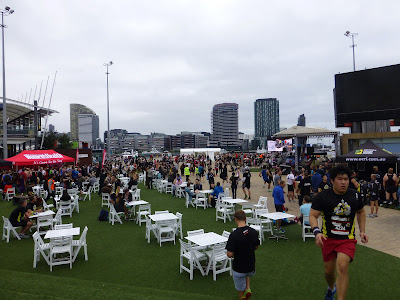 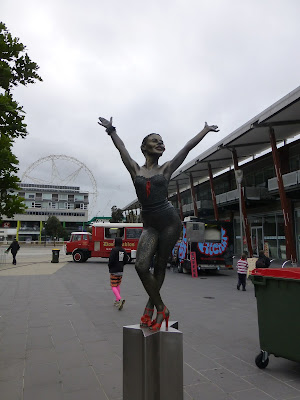 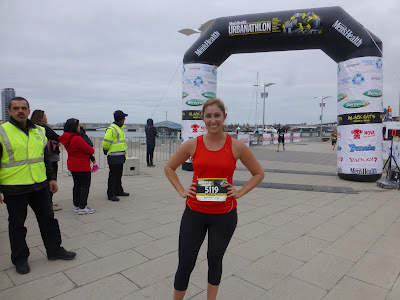 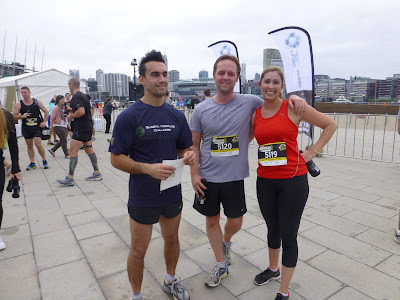 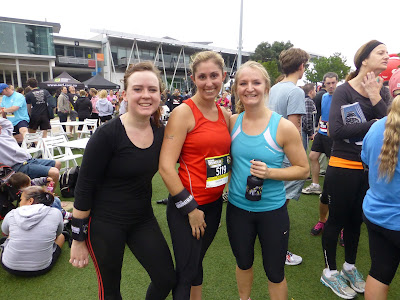 Well done to everyone who competed. It was such a fun, feel good event and now I know for the girls there is only one thing on the agenda now.

Beer and pasta and probably in that order! Well deserved.
Posted by Mrs T-J at 04:03