When trying to decide which City would become the Capital of Australia there were really only two contenders at the time.
Was it to be Melbourne or was it to be Sydney?


No-one could decide and the argument of which was the best City rumbled tediously on. The only way to settle it was to build a Capital and that is how Canberra came to be, which is ironic as Canberra is arguably the dullest city in all Australia.


After being in Melbourne for 5 months it was time I went to Sydney to see what all the fuss was about.


2nd August 2012, the day of mum's funeral. Hubster needed to be there for business, so rather than be home alone that night and after spending the day in quiet reflection for mum, I boarded the plane to New South Wales.


It was dark by the time we reached the hotel, superbly located beneath the Harbour Bridge. The bright lights of Luna Park sent glittering diamonds across the water and the Opera House stood resplendent in her floodlit glory.
Wow!

The following morning Gareth went into the office and I had the whole day to roam.

Breakfast at Circular Quay, a bemused mooch around the Museum of Contemporary Art (sorry I just don't get it!), followed by a stunning guided tour of the Opera House.


Then I headed into the Botanical Gardens and hopped on the tour of the Governor of New South Wales' residence. A beautifully presented tour by "Pat", a rather doddery but endearing and extremely knowledgeable older lady.

That night we ate at the Ocean Room Japanese restaurant, the best Sashimi I have ever had bar none.

Visiting old haunts in Paddington, where Hubster had lived 25 years ago. It was nice to have the final piece of the jigsaw and see for myself, the players in the many stories he has told me over the years. The house he lived in, the pub he visited and the market too. It's still very charming I liked it very much.

﻿
Then a speedy seacat trip out to Watson's Bay and the very famous Doyles seafood restaurant. This place has always been a "must do" after watching Rick Stein wax lyrical about the Oysters and the setting. Rick, spot on, on both counts. 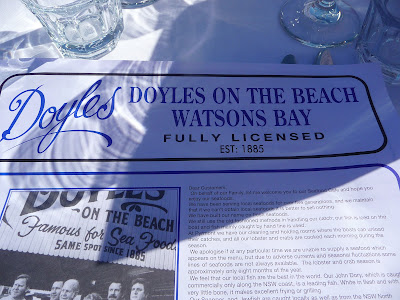 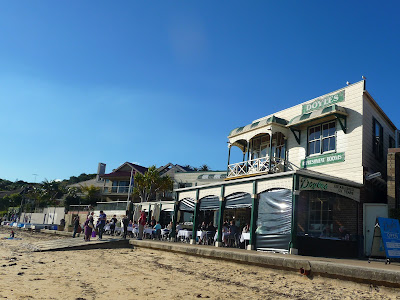 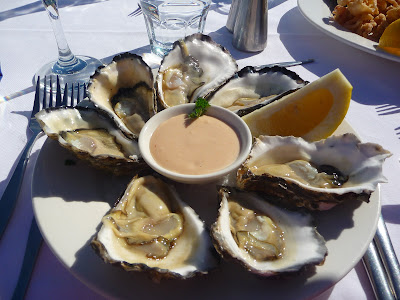 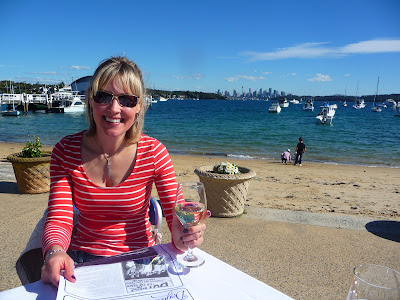 Sunday came all too quickly, keen to make the most of our last few hours before heading back home, we boarded the ferry to Manly and Darling Harbour.

The ferries are a superb way of getting around the bay and run like clockwork. 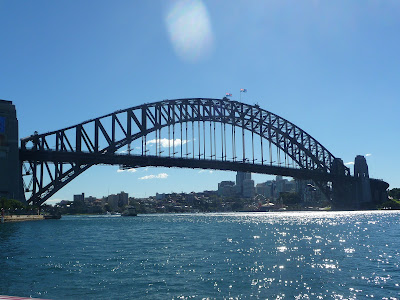 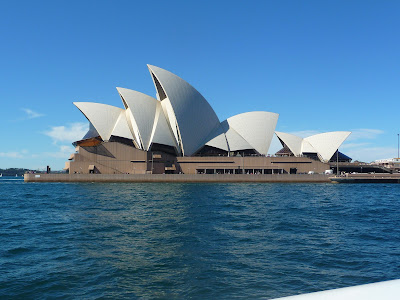 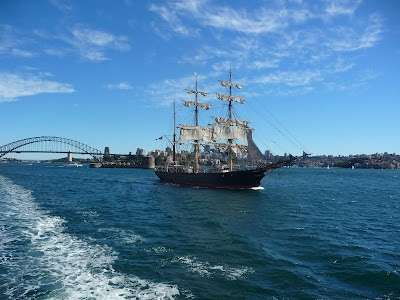 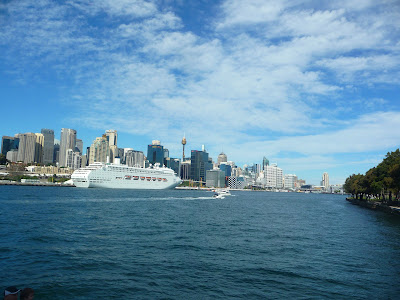 Just time for a linky lonky lunch at Nick's in Darling Harbour. We thoroughly enjoyed our shared starter of BBQ Octopus and Chorizo Salad, then I had grilled John Dory fillets and Hubster tucked into traditional lightly battered Flathead and chips. 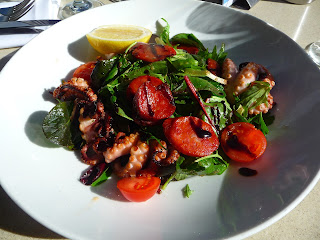 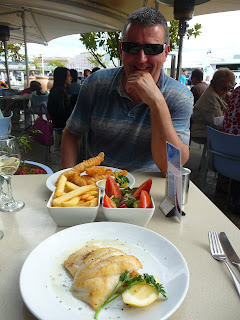 It was a fantastic few days and yes, Sydney really does live up to it's billing as one of the most visually stunning cities in the world.

But if I had to choose where to live, would it be Sydney or Melbourne?

Well, Melbourne of course, there were no dog beaches in Sydney and that was the deal breaker.