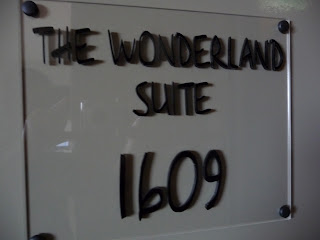 The sun had just risen and I watched it do so as we made the approach. Most symbolic I thought.

Hubster was there. After what seems like an eternity of keeping my nerve, being strong, pinning on the grin and digging deep through this whole process, with all it's highs and lows, I dissolved.

Like a lost puppy who had found its owner, I let him scoop me up and I was safe once more. It felt good to relinquish all power and responsibility and let him take hold of my reigns and lead me.

An oddly named hotel, which will be home for a little while. A brave name too I thought. The name has nothing to do with ethnicity however and everything to do with figurative art.

Named after the extremely famous Australian artist Charles Blackman. Every true Aussie knows him and his work which is widely recognised the continent over but it's all new to me. 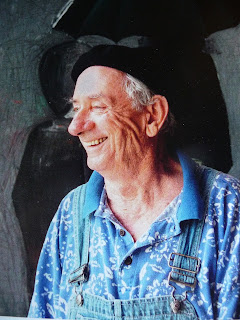 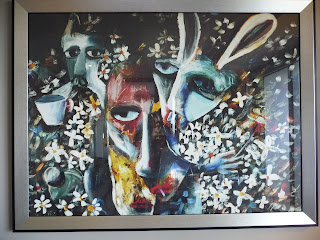 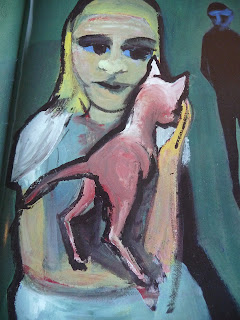 ﻿Not to my taste, but then I don't class myself as a great purveyor or judge of art. What do you think?

Our suite is fabulous, inspite of the bizarre artwork. Named after a series of "Alice" themed works by Blackman, I think it is very apt indeed.

I feel a bit like Alice right now setting foot into a wonderland with all the trepidation and curiosity that she must have felt.

But the picture I love best of all is this one, from the balcony. 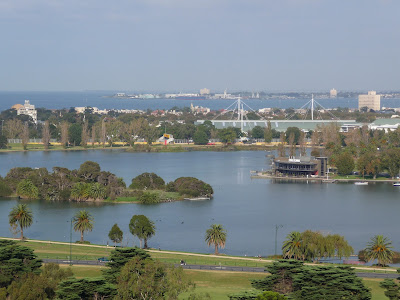 Back to the Blackman though, I love the concept don't you? What an honour and tribute to the man, his work and his life, he must be so proud of it.

If I was to open such a place it would have to be called The Radish, of course and I would have no problem at all in filling it with appropriate artwork and pictures.............now there's a thought!

Would you come and stay?