Walking in a Doggie Wonderland

However, the chance of a dog walk with Dmama on a beautiful early Summers day meant the marigolds were tossed back into the cupboard without a backward glance. 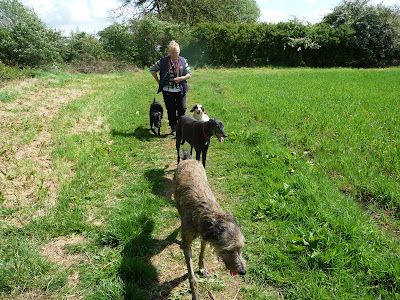 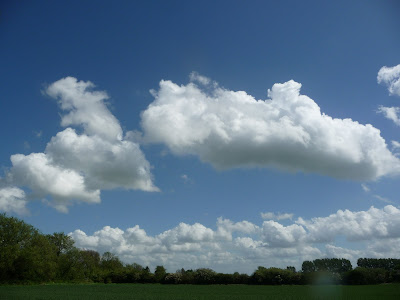 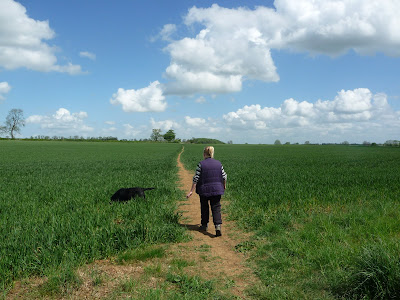 We talked and walked and talked and walked some more. Our conversation only ever punctuated by the exclamations at the antics of our pets. Totally in the moment, the wheat field, the stream, the fluffy white clouds,the sun on all of our backs. 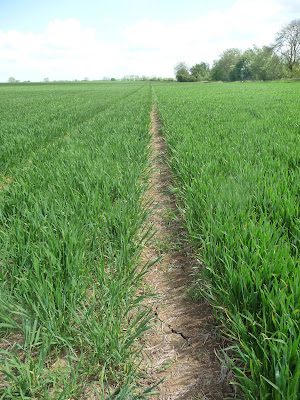 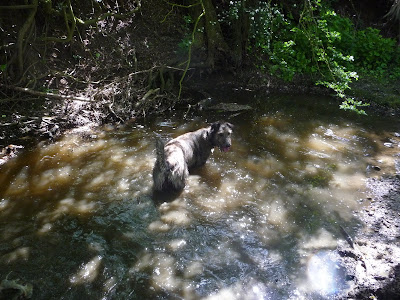 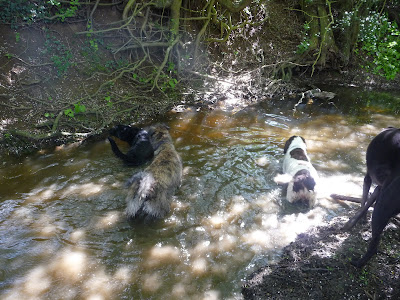 The dust will be there to come back to and once cleaned away will only come back again. These hours, will never come back and so it is in my world and so it will remain.

When God had made the Earth and sky, The flowers and the trees,

He then made all the animals And all the birds and bees.

And when his work was finished, Not one was quite the same.

He said, 'I'll walk this earth of mine, And give each one a name,'

And so he travelled land and sea, And everywhere he went,

A little creature followed Him Until his strength was spent.

And when all were named upon the Earth, And in the sky and sea,

The little creature said,'Dear Lord, There's not one left for me!'

The Father smiled and softly said: 'I've left you till the end.

I've turned my own name back to front, And called you DOG, my friend. 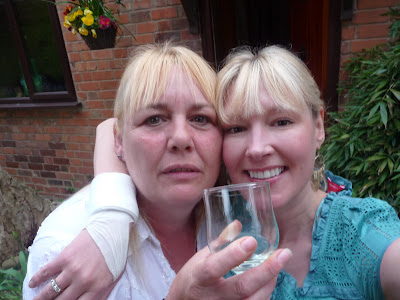 Dmama and I would like to thank our Fur-babies for a fabulous few hours, enjoying and embracing your world, we'll clink our mugs of builders and say cheers to that.
Posted by Mrs T-J at 16:37