The Juggernaut rolls on

or should that be the road train as they are called here?

There are tons of them in the Northern Territories, 5 trailers long, scary stuff. You have to get out of the way because they won't, they cant. Sadly too many wallabies and kangaroos don't either. 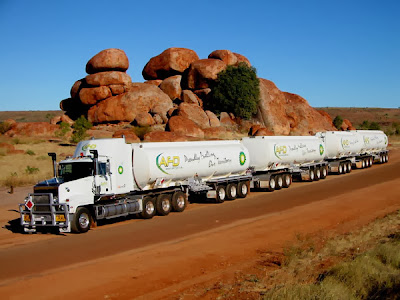 Anyway I digress, the juggernaut is this whole process of blogging our trip! So hard to précis all that we covered and if you've lost interest by now I really can't blame you.

So all too soon Berkeley River Lodge was just another page in our diary.

As we hit the road once more, it just seemed to be getting hotter and we were coming across more and more bush fires en route. 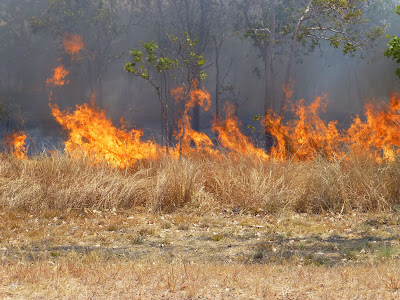 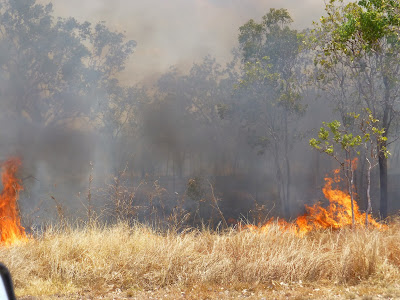 Next stop for us was Kakadu National Park. The second largest in the world being the size of Slovenia. It is famous for the richness of its Aboriginal cultural sites. There are more than 5000 recorded art sites depicting Aboriginal culture over thousands of years. The traditional owners of the land still live in Kadadu and they work hard with tourism to preserve their heritage and pass on their traditions down the generations.

As we viewed the rock art we stood with thousands of years of Aboriginal history in front of us, the feeling was intense, profound and sacred would also be an appropriate word. 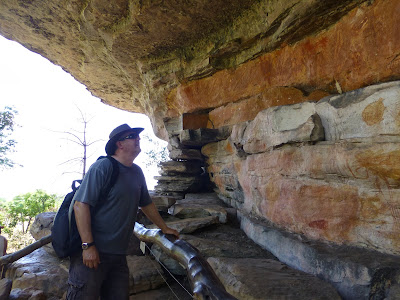 We arrived right at the end of the dry season. Creeks and billabongs were bone dry, the wetlands had been reduced to sporadic muddy swamps and the rivers were low. Every living creature was craving the rain.

The bird life was incredible in it's abundance and they all clambered noisily around what little water was left. The lilies were also in full bloom and the noise was deafening from hundreds of species herded together scrapping for food and water. We recognised Whistling Ducks, Giant Pelican, Plovers, Jabiru, Brolgas and throusands of Bamurru geese to name a few. 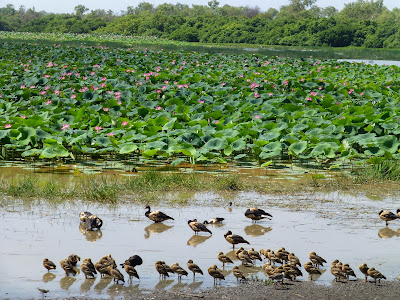 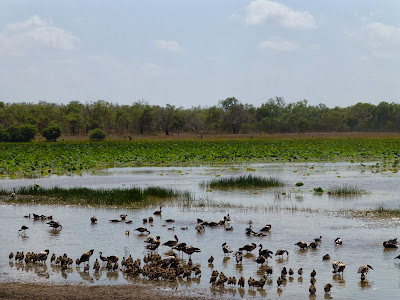 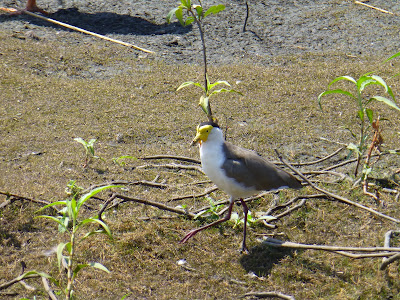 A trip out on the East Alligator River* brought us into spitting distance of the largest river concentration of salt water crocodiles in the world. No mistake there, they were all basking in the shallows of the river, packed in like sardines and by now extremely hungry! 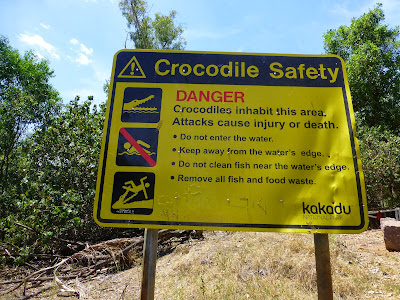 * An American explorer named the River East Alligator after mistaking all the Crocs for Alligators and so it remained (school boy error!)

Once again the heat fought us back and we gave up on the idea of setting up camp.
Every bit of physical exertion was exhausting and whereas in Africa the ridiculously hot day time temperatures always dropped rapidly at night, this wasn't the case here. No respite to be had. So it was a no brainer that we pitched up at the camp site and opted for one of their basic "air conditioned" units. Looking around we were not the only road trippers going for this option.

We were awoken the next day by the noisy parakeets and cockatoos frolicking in the sprinkler system irrigating the grounds.

Time to move on and our final destination in the outback - the amazing Bamurru Plains Wilderness Lodge.