As we approached the stadium, the battle cry became louder and louder from all the bars. Everywhere was packed out with fans that had clearly been on the sauce most of the day.

The red far outnumbered the gold but all mingled merrily in a jovial pre-match party.

The banter was flowing as much as the beer and the Lion fans were in fine voice.

My favourite was the chant that rung out all night. In order to tone down the sea of red shirts, the Wallaby officials were giving out free yellow hats to everyone. Well it doesn't look good on telly for the receiving side to be out numbered.

Well not to be out done the Lions sang, to the tune of "she'll be coming round the mountain when she comes", the following:

I decided to face paint a lion and get right into the spirit of things.

As it turned out I was a lone lioness, I expected lots of people to have painted their faces like mine, we didn't spot another one.

It was the perfect ice-breaker and we met some hilarious people and I think I am on a lot of peoples iphones today!

The match was tight, neither side were taking any risks resulting in only one try in the whole game.

At 15-16 to the Wallabies, Leigh Halfpenny had a kick right on time to steal the match and win the series for the Lions.

The ball pulled up short. Ooooooh! We lost!

Still it sets us up for an epic match next week in Sydney and even though the result wasn't as we would have wanted, the night itself was awesome, one to remember. 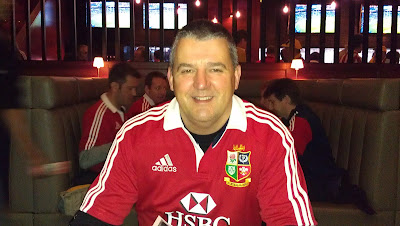 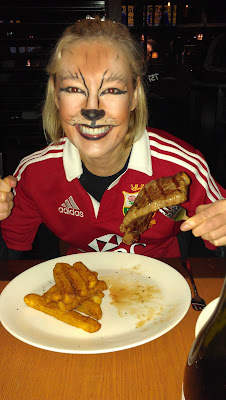 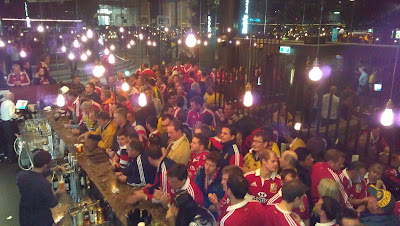 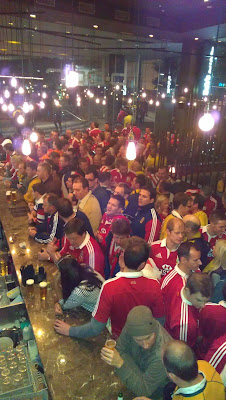 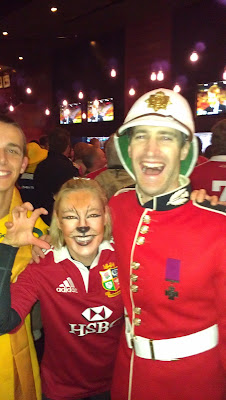 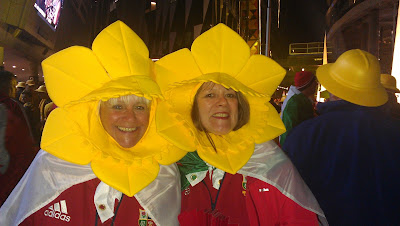 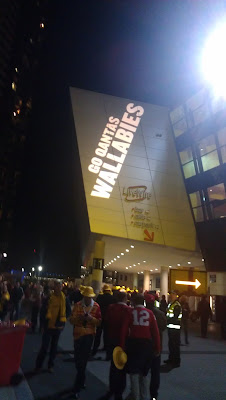 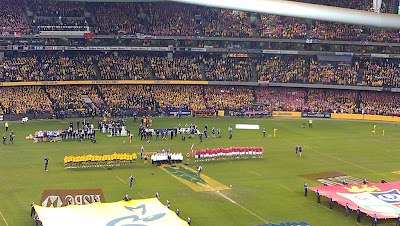 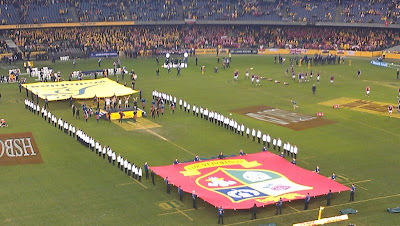