Christmas Day Down Under 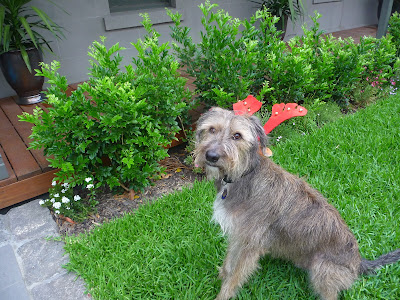 Merry Christmas one and all! Mercifully it was a 22-er and not a 39-er.

First of all a few things to note.

The bin men came and emptied our bins like any normal Tuesday. Admittedly they drove around the streets like lunatics! I suppose in the heat they can't leave rubbish lingering.

All the pubs are closed.

All the trams, trains and buses are free, should you be stuck for anything better to do.

Soon after rising and right on cue we had a very welcome call from home.

We hit the dog beach and Radders had a blast with a whippet called Wilbur. I wore a silly Santa hat, I was the only one. Spot the Brit a mile off eh? 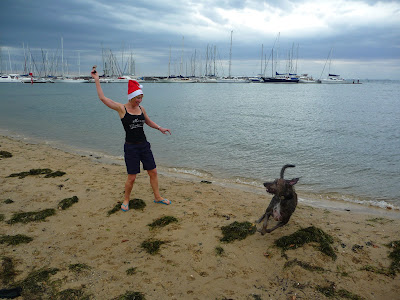 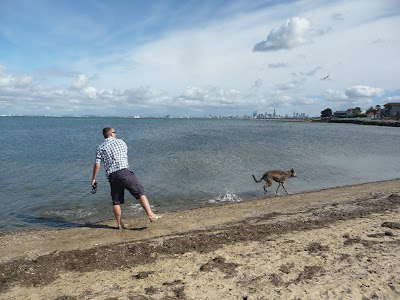 Back at home Hubster cracked a bottle of "Man o War" sparkling and we indulged in smoked salmon, creamy scrambly eggs and goats cheese infused with dill. 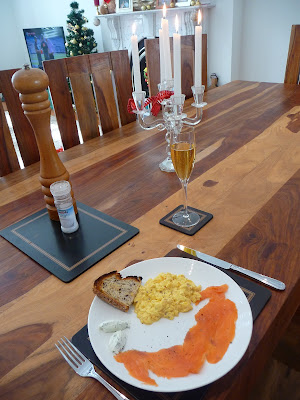 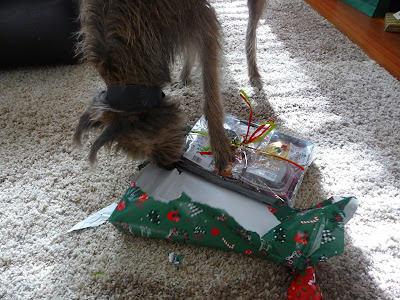 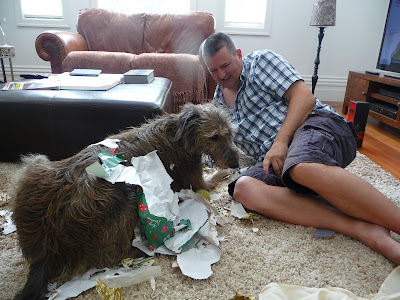 Then it was pressie time and Radders got fully involved in the proceedings and enthusiastically unwrapped his gourmet doggie hamper.

So far he has eaten his "Santa Paws" biscuits. 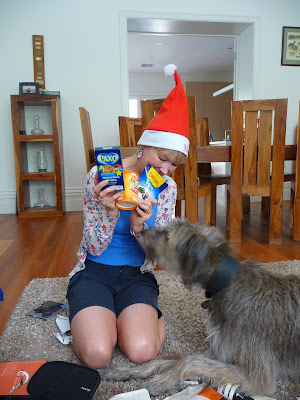 I was more than thrilled with my new camera and had a good chuckle at the joke pressie of Paxo stuffing, Bisto gravy and Bread Sauce mix!

We got suited and booted and went to The Baths Restaurant for Christmas lunch. I  felt very Audrey Hepburn wearing a beautiful silk scarf, a pressie from a dear friend back home. 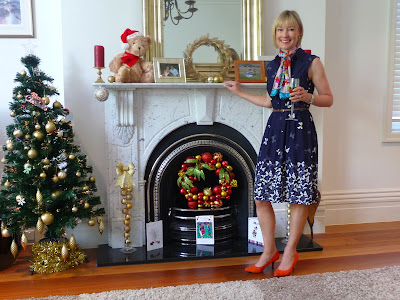 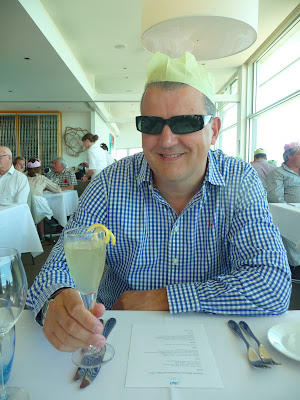 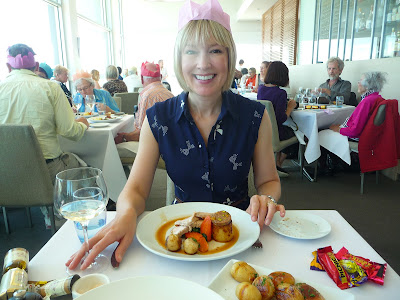 We were both more than delighted when we saw Turkey and all the trimmings on the menu. It is not a guaranteed option here and looking around, the beef and barramundi were the most popular choices.

King prawns with marie rose to start and a delightful Christmas pudding sponge with creme anglaise with brandy to finish.

It made our day - much more traditional than we ever imagined.

Oh and a surprise visit from FC himself. 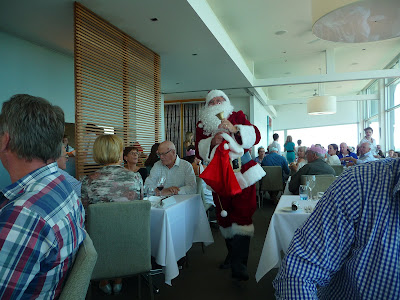 Back home, we climbed into our "comfies", Hubster and I snuggled up on one sofa, whereas Radders had one to himself! We all snoozed, watched rubbish TV and finished off the sparkling from earlier. Some things don't change. 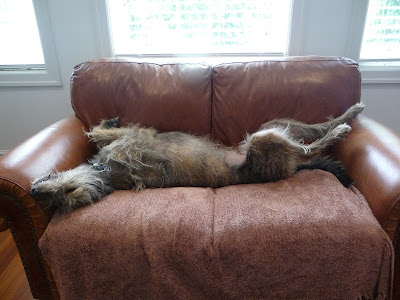 More calls, emails, texts and skypes were made and received from back home, it was all a bit of a mad flurry. Then it was soon time for us to draw a close on our first Christmas Day in Australia.

As we climbed into bed, we thought of everyone back home who would now be starting their Christmas Day, they had never been far from our thoughts.

Our own day had exceeded our expectations. However, it really isn't about the pressents under the Christmas tree but it is all about those seated around the table.....and there were a few missing!

As we bid goodnight, we both admitted we were relieved the day was done and acknowledged we had also done our very best. You may not understand that feeling but if you are an ex-pat away from home, you will get it completely.

Now Boxing Day we are hugely excited about! 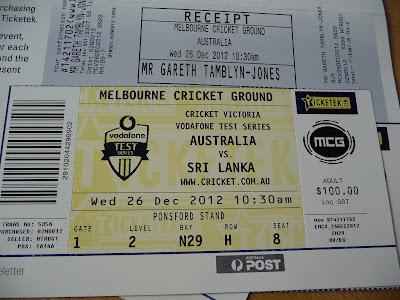