Aussie Rules Footy- what the heck?

Before I am shot down in flames, Aussie readers please put tongue firmly in cheek, please understand this is from a "Sheila's" point of view (I know I should be cleaning the BBQ).

For readers everywhere else, to post about AFL footy is a brave (stupid?) move especially from my somewhat ignorant stand point.

It's just an opinion.

Melburnians are nuts to the point of fevered obsession about this game. If you say you dont have a team, expect a look akin to "What?  Have you just landed from Mars?" 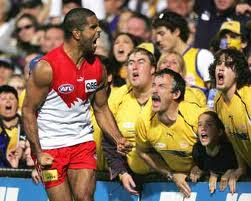 Somewhat close to rugby. It is an overall, sport of doom. It gives men a wide-open space in which to kill each other in a legal fashion.  It is the most confusing sport you will ever watch!!

Ironically, despite being called Aussie Rules, the game seems to be devoid of any clear rules at all. Ask 10 different people to explain them, you will get 10 different answers.

Players run around an oval cricket field in any possible direction, kicking and passing the ball where-ever they feel the need. 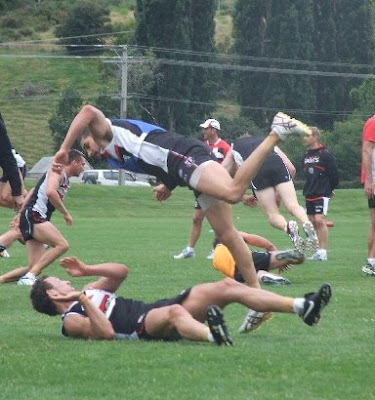 A game where ball control and handling counts for nothing, as long as you kick the "flamin" ball.

A game that is simple and one-dimensional and doesn't require much thought process to follow or participate in... 'catch, kick... catch, kick....'

It results in ridiculous scores like 12-152. If I was watching such a game, when the score reached 12-50, I'd already be in the car park going home. 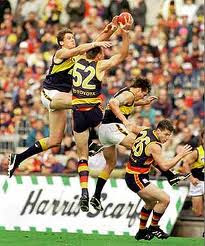 It can result in awful injuries and comedic bust ups.

But on the plus side, the players do seem to have a good time as they are often laughing during play and although the game seems to attract "pretty" boys, some of them aren't too sore on the eye. 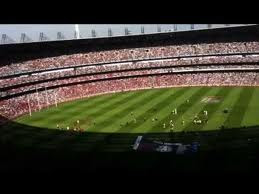 What's my team? I live Bayside, gotta be the Saints of course! 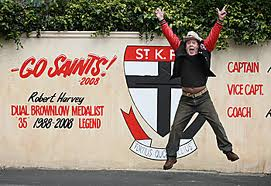